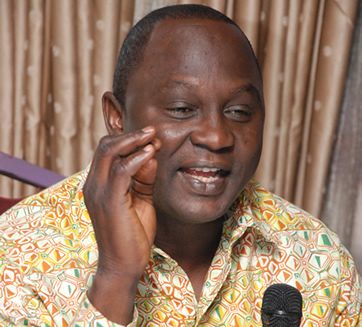 The Nigeria Labour Congress (NLC) on Friday rejected the new federal government policy that imposes a maximum 6 per cent stamp duty on all tenancy and lease agreements in the country.

The stamp duty varies from less than 1 per cent to 6 per cent depending on the duration of the contract.

The FIRS said landlords and property agents are to remit such collections to it as part of efforts to boost the government revenue.

This means tenants in Nigeria and property buyers will now have to pay more to get accommodation or buy/lease property.

But, since the announcement, many Nigerians have registered their rejection of the new policy, which identified the tenant or property renter as the beneficiary of the tenancy or lease agreement.

Some reactions to the new policy described it as ”insensitive and ill-timed”, in view of the precarious conditions many Nigerians are currently facing as a result of the coronavirus pandemic, which has worsened the economic situation of several families.

The NLC, in statement on Friday by its President, Ayuba Wabba, expressed shock at the new policy.

He described it as a new financial burden on poor Nigerians, “coming at a time the socio-economic pressure arising from COVID-19 pandemic has resulted in dislocations that have pushed many Nigerians beyond the limits”.

“The Nigeria Labour Congress rejects this new stamp duty policy on rents and leases as it would worsen the deplorable situation faced by Nigerian workers most of whom, unfortunately, are tenants.

“It is also alarming that we are having a rash of hike in taxes and user access fees when other countries are offering palliatives to their citizens,” the NLC President said.

The union urged the federal government and the FIRS to rescind the harsh fiscal measure “that is boldly insensitive to the material condition of Nigerians.”

He argued that tenants, whom this new policy was targeting, were some of the most vulnerable people in the society.

“It would be illogical, insensitive and inhumane to churn out laws that make poor Nigerians go to bed at night with tears in their eyes.”

The principle of public taxation, especially progressive taxation all over the world, is that the rich subsidises for the poor. Every tax policy that would be enforceable must create a safety net for the poor, the union leader said.

He said recent policies of the government do not show any bend towards being progressive.

“Despite accommodation being a fundamental right guaranteed by Nigeria’s constitution,” Mr Wabba said, “it was unimaginable that tenants who are in the most vulnerable group would be expected to pay 6 per cent tax for accommodation when sales tax is 1.5 per cent”.

This arrangement, he noted, “was indeed a great injustice against the Nigerian poor”.

He urged the government to take deliberate steps to avoid institutionalising the widespread belief that it is a crime to be poor in Nigeria.

Rather than imposing stamp duty on tenants to increase revenue, Mr Wabba urged the government to reduce official graft and corruption to realise its objectives.

“It does not make sense to ask Nigerians to make sacrifices when they are daily regaled of putrid stories of how public officials are accused of swallowing money in billions and making a comic of ‘fainting’ afterwards. We cannot just continue to treat ourselves like this.

“Second, there are thousands of unoccupied houses in different parts of the Federal Capital Territory and indeed many cities in Nigeria belonging to very affluent members of society.

“As we have always demanded and canvassed, Government should tax such property in order to relieve Nigeria’s daunting housing deficits and to generate the needed funds to run government business,” the NLC President said.

With revenue from traditional sources dwindling following the COVID-19 pandemic, which impacted the price of crude oil in the international market, the federal government had adopted several revenue generating strategies to raise money to fund the budget and finance projects.

As part of the new revenue strategies, the government reviewed upward the rate for the Value Added Tax (VAT) from 5 to 7.5 per cent effective on February 1, 2020.