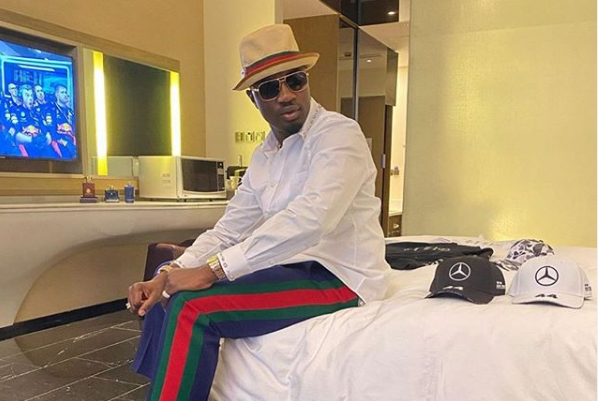 Michael Nash, the Chicago lawyer representing Olalekan Ponle in the United States court, has revealed the reason for the dismissal of the complaints against his client.

Mr Ponle, nicknamed Woodberry, is facing charges bordering on wire fraud conspiracy at a United States District Court sitting in Illinois, after he was arrested at the United Arab Emirate on June 10.

According to the complaint against Mr Ponle, an unnamed Chicago company was tricked into sending wire transfers totalling $15.2 million.

Companies based in Iowa, Kansas, Michigan, New York and California were also listed as victims of the alleged fraud, prosecutors say.

PREMIUM TIMES reported how the Federal Bureau of Investigation (FBI) nabbed the 29-year-old through details accessed from his WhatsApp, iPhone and Bitcoin transactions. He was extradited to the United States on July 2.

A report of the grand jury, a group of lawyers empowered to conduct legal proceedings and investigate potential criminal conduct, indicted him.

The jury summed up the allegations against him to an eight-count charge of wire fraud, which violates section 1343 of the United States Codes.

Meanwhile, this newspaper reported that the complaint against Mr Ponle was dismissed on Tuesday after the United States filed a motion requesting such.

In the court order issued by Judge Robert W. Gettleman on Tuesday, the government’s motion to dismiss complaint without prejudice was granted.

“Without objection the complaint against defendant Ponle is dismissed without prejudice. Motion presentment hearing set for 7/23/2020 is stricken,” Mr Gettleman ruled.

When a case is dismissed with prejudice, it is over and done with, once and for all, and cannot be brought back to court but when it is dismissed “without prejudice”, like in the case of Mr Ponle, the dismissal is temporary and can be revisited.

While responding to PREMIUM TIMES’s enquiries on Thursday night, Mr Nash said the case was dismissed because the government charged him with a slightly different crime.

“The government dismissed the case because it charged him with a slightly different crime. In the long run, no difference.”

He, however, failed to provide clarifications to what he meant by a ‘slightly different crime’.

When contacted on Thursday night, Assistant U.S. Attorney, Joseph D. Fitzpatrick, who spoke on behalf of the plaintiff, said although the complaint is dismissed, but the grand jury indictment is still active.

He said Mr Ponle “has now been charged by indictment, instead of being charged by the complaint by FBI”.

The accused remains in the custody of the U.S. Marshal as of the time of reporting.