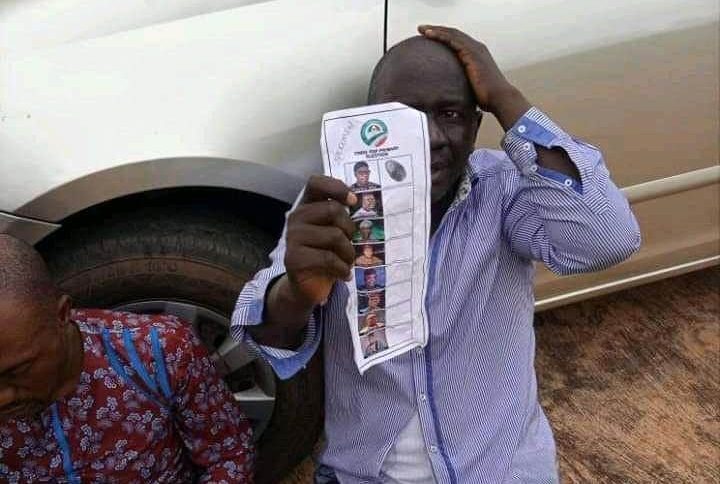 Two men have been caught at the venue of the Peoples Democratic Party (PDP) primary election with ballot papers already thumb-marked for Agboola Ajayi, one of the aspirants and deputy governor of the state.

PREMIUM TIMES gathered that one of the men caught is s a chieftain of the party in Ose Local Government Area of Ondo State.

The spokesperson of the party, Zadok Akintoye, confirmed the development but said they were caught outside the election venue.

“Yes, it happened but not inside the hall where the election is taking place. Election is currently going on smoothly and aspirants have been told to warn their supporters against coming close to the election venue,” he told PREMIUM TIMES.

He also said he has no idea of the number of the ballot papers that the men were caught with and that all aspirants have dissociated themselves from the already thumb-marked papers.

When contacted, the Chief Press Secretary to Mr Ajayi, Tope Okeowo, told PREMIUM TIMES that the men were caught with “specimen”.

“They were seen with specimens with agents to educate delegates,” Mr Okeowo said, adding that the development is just “propaganda against his principal.”

The state police spokesperson, Tee Leo-Ikoro, said he is yet to be briefed about the development.