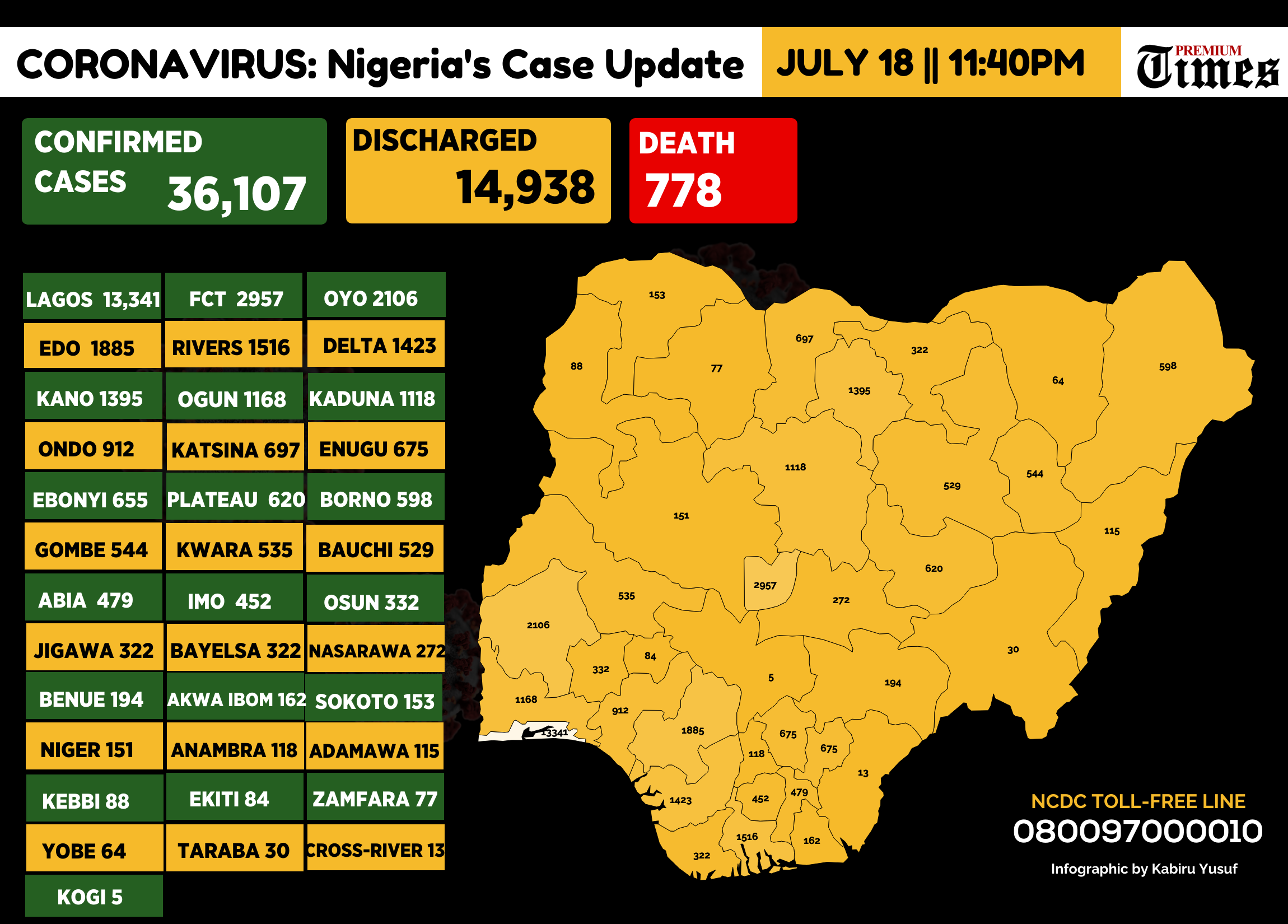 After two weeks of reduction, the weekly figure of new coronavirus infections in Nigeria has increased again, a PREMIUM TIMES’s review of official data shows.

Last week marked the 29th week of the pandemic in Nigeria.

The major reason for the increase in the number of confirmed cases, according to NCDC, is the high level of community transmission.

Owing to that, the public health agency has been hammering on compliance with infection prevention and control (IPC) measures as it remains the most effective intervention to control the COVID-19 outbreak.

Nigerians have been repeatedly told to ensure the use of face masks and maintain social distancing, although both have been largely breached by residents.

Also, 54 new deaths were reported between last Sunday and Saturday, which amounts to a 40 per cent reduction when compared to the 90 who died from the virus in the previous week.

As of the time of reporting, Nigeria has reported 36,107 cases of COVID-19. These include 14,938 people who have recovered and have been discharged from treatment centres and 778 deaths.

The other five states with the highest number of confirmed cases are: FCT, Oyo, Edo, Delta and Rivers State.

Last week, all the 36 states except Kogi and Sokoto recorded at least a new case of the virus.

The number of COVID-19 tests conducted in the country has also consistently increased in the last two months.

The country has so far collected 209,446 samples since the beginning of the outbreak in Nigeria in February.

Data from the Nigeria Centre for Disease Control (NCDC) showed that 31181 people were tested last week, a 3 per cent increase from the 30,077 tested the previous week.

To further enhance the timely delivery of test results, the NCDC said it is currently building a platform where those tested can access their results on time.

The Director-General of the public health agency, Chikwe Ihekweazu, said this during one of the daily briefings of the Presidential Task Force on COVID-19.

On Sunday, 571 new cases of COVID-19 were reported in the country.

A total of 643 new cases of the pandemic were reported on Wednesday which brought the number of confirmed cases to 34,259.

On Thursday, 595 new cases of COVID-19 were reported in the country.

On Saturday, 653 new cases of the pandemic were recorded.