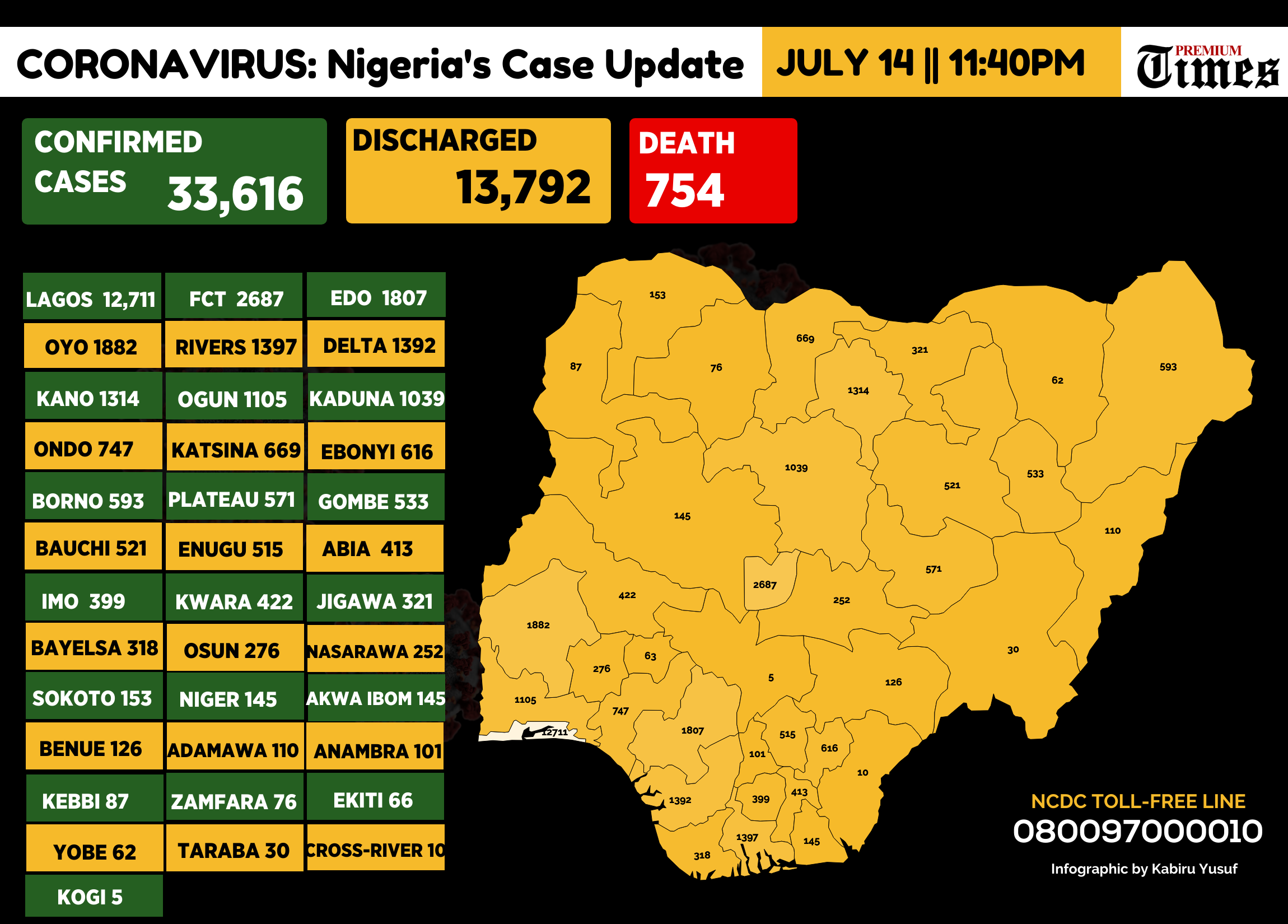 Ten more people have died as a result of COVID-19 complications in Nigeria, pushing the total death tally to 754 in a country of over 200 million.

The country’s infectious disease outfit, NCDC, reported 463 confirmed infections on Tuesday being the first time in the last four days that infections fell below 500 in Africa’s most population.

The new figure shows a significant decrease from the 595 infections found on Monday.

Nigeria is the West African nation most impacted by the coronavirus.

As authorities struggle to tackle the outbreak, health experts fear the contagion may overwhelm the country’s health system especially because of disagreements between health workers in the frontline and the government.

Doctors in Lagos, the epicentre of the disease, had started a strike over unpaid salaries and allowances.

READ ALSO: WHO warns against use of masks during exercise

The current nationwide curfew, 10 p.m. – 4 a.m., and restrictions on mass gatherings and sporting activities, however, still remain in effect.

The use of masks in public spaces is also mandatory.

The government is still reviewing plans on how to resume schools.