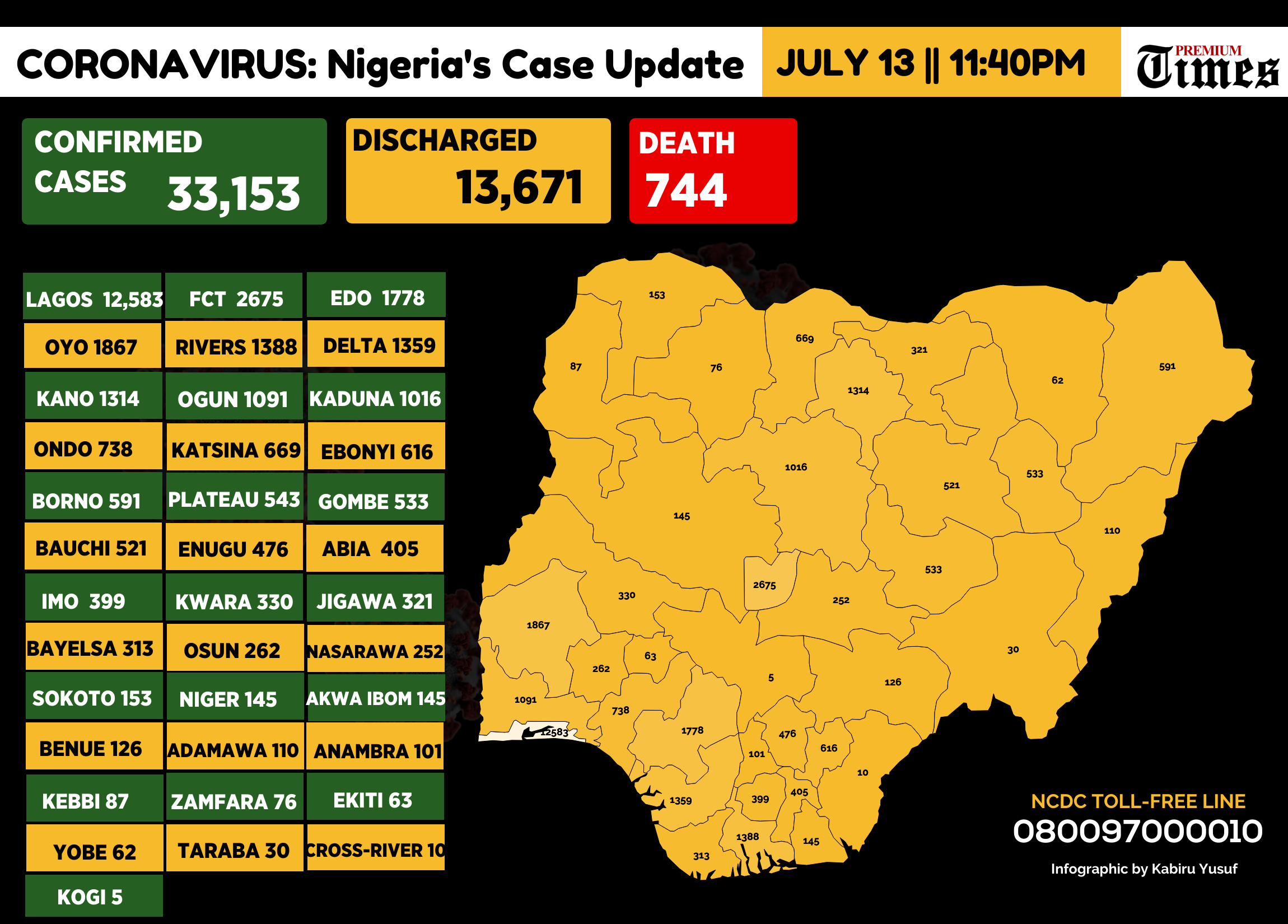 As Nigerian authorities review plans to get schools in the country reopened, the coronavirus infection toll rose to 33,153 on Monday after 595 cases were found.

The federal government on Monday released guidelines for the safe reopening of schools and learning facilities after the COVID-19 pandemic. But the contagion appears not to be going away anytime soon.

Nigeria has reported over 500 cases daily in the last four days.

According to the new figures announced by Nigeria’s infectious disease outfit, NCDC, the death toll from the virus rose to 744 after four people succumbed to the deadly disease in the last 24 hours.

The new figures show a slight decrease from the 571 infections recorded Sunday.

Lagos State remains the epicentre for the disease with the highest number of confirmed cases and deaths in the country, while Zamfara has not reported any new confirmed case in over 50 days ago.