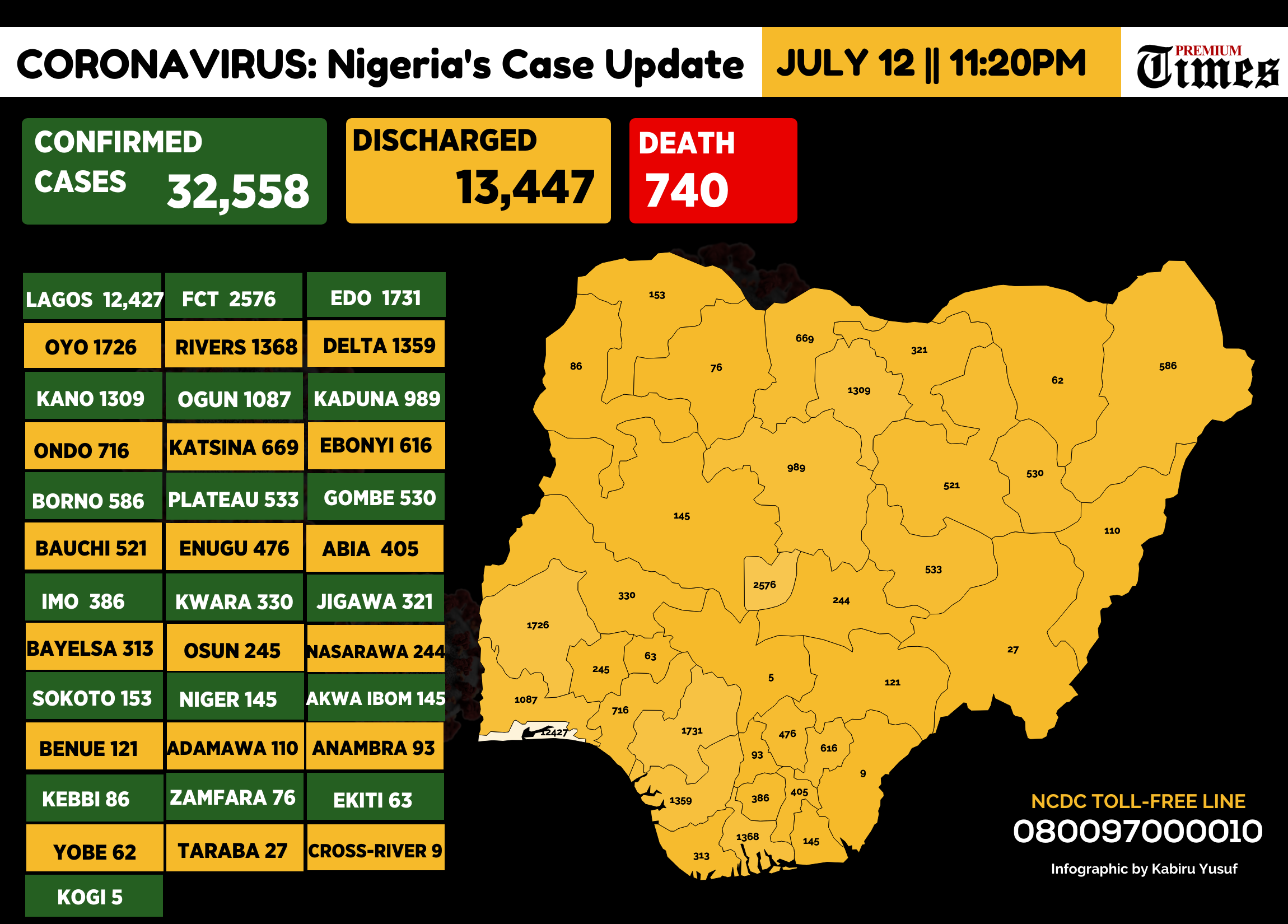 The death toll from the coronavirus pandemic in Nigeria has risen to 740 as 16 new deaths were announced by the Nigeria Centre for Disease Control (NCDC) on Sunday night.

Nigeria recorded 15 deaths from the virus on Saturday.

The fatality rate from the virus in Nigeria is about 2.2 per cent.

Nigeria’s tally of confirmed COVID-19 cases rose to 32, 558 as 571 new infections were recorded on Sunday.

The new figures shows a slight decrease from the 664 infections recorded Saturday.

Lagos State remains the epicentre for the disease with the highest number of confirmed cases and deaths in the country, while Zamfara has not reported any new confirmed case in the past 55 days.

Since the outbreak of the disease in Nigeria in February, almost 200,000 samples have been tested.

Also NCDC said that the predominant age-group affected is 31 to 40.