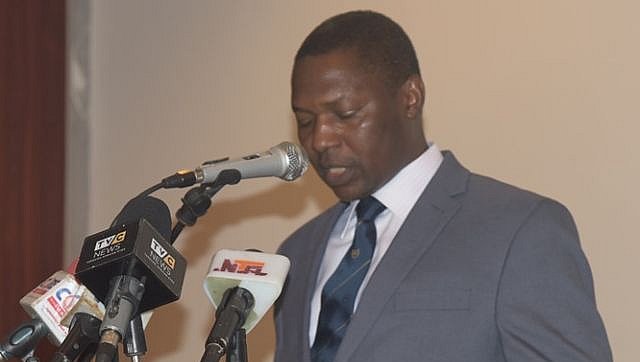 EXCLUSIVE: Nigeria, P&ID in fresh battle over use of bank records

Nigeria is currently locked in a fresh legal battle with a controversial British Virgin Island engineering firm, P&ID, over the use of bank records obtained by the Nigerian authorities.

The fresh crisis is in relation to an alleged bribery scheme and subsequent $9.6 billion arbitral claim which the Nigerian government seeks to overturn.

Documents obtained by PREMIUM TIMES showed the company requested a ‘pre-motion discovery conference’ with the court in its bid to stop the Nigerian government from using certain information obtained from banks in the United States.

In May, this newspaper reported how the Nigerian government demanded records of 60 companies and individuals from 10 banks in the United States, including Citigroup Inc. and JPMorgan Chase & Co., as part of its efforts to overturn the controversial $9.6 billion P&ID fine.

Among the individuals whose bank records were being sought are a former Nigerian president, Goodluck Jonathan; his wife, Patience Jonathan; among others.

Nigeria asked a federal court in New York for permission to subpoena information about transactions involving government officials who were in office when the state signed a contract with Process & Industrial Developments Ltd., and later became involved in a costly dispute with the company.

P&ID in its fresh claim says that Nigeria has obtained a significant amount of discovery “that is outside the scope of the subpoenas authorised by the Court”.

It requested a protective order requiring that “Nigeria destroy and stop using or distributing this information, which it should never have obtained in the first place.”

It also requested an order that limits Nigeria’s use of any discovery obtained to the foreign proceedings for which Nigeria insisted that it was seeking discovery in certain criminal investigations and prosecutions in Nigeria.

But Nigeria in its counter-application, among other requests, urged the court to “reject P&ID’s baseless application.

The P&ID saga became a full-blown crisis for Nigeria last August when a U.K. judge ruled P&ID could enforce an arbitration tribunal’s 2017 ruling, now totaling $9.6 billion including interest, which found the country breached the agreement.

Nigeria’s chances of annulling the giant penalty lie on proving the 2010 gas supply arrangement was a sham designed to fail by P&ID and government officials.

An investigation by PREMIUM TIMES also revealed that the gas supply arrangement was designed to fail partly because the company had neither the expertise nor did the government put in place necessary mechanisms for its success.

In May, as part of measures to prove its claims, Nigeria asked a federal court in New York for permission to subpoena information about transactions involving government officials, including Mr Jonathan and his wife, Patience Jonathan; Diezani Alison-Madueke, a former petroleum minister during the tenure of Mr Jonathan; and Allison Amaechina Madueke, among other individuals and companies.

“There is good reason to believe that ministers at the highest level were involved in a corrupt scheme to steal money from Nigeria,” Attorney General, Abubakar Malami, said in court filings submitted on March 24.

Mr Jonathan in his reaction said that efforts to check his accounts were needless because he had no such accounts in the United States.

“He has no accounts in the United States of America, and encourages US authorities to cooperate fully with the Federal Government of Nigeria’s subpoena,” a statement by Ikechukwu Eze, spokesman to Mr Jonathan, said last month.

On May 8, a New York federal judge ruled that Nigeria can subpoena 10 banks in the United States for information needed to prosecute government officials allegedly connected to the alleged bribery scheme.

District Judge Lorna Schofield, who gave the ruling, ordered the banks to allow the Nigerian government have access to sundry account details of officials and companies listed in its subpoena request.

In a fresh application dated June 24, addressed to Judge Schofield, a United States District Court Judge, attorneys to P&ID requested a protective order requiring that Nigeria destroy and stop using or distributing information obtained from the bank as authorised by the courts.

The attorneys (Michael Kim, Josef Klazen and Darryl Stein) claimed that Nigeria was provided with documents “that were beyond the scope of the subpoenas authorised and with respect to some of the targets, the document requests authorised by the court contained an explicit geographic limitation.”

In other words, they sought “all documents concerning any transactions between [the target] and any person or entity in Nigeria”.

“The limitation makes sense, given that the Narrowed Targets engage in other business that has nothing to do with P&ID and its dispute with Nigeria,” P&ID said in the request through its attorneys.

“For example, the “VR” entities are part of an asset management company that makes numerous investments, every year and all over the world, that have no relation to Nigeria. If Nigeria had requested bank records of all transactions involving any of the VR entities—without any limitation—the request would have been absurdly overbroad and plainly objectionable,” it added.

“Despite the explicit geographic limitation in the discovery requests, however, Nigeria has obtained discovery about hundreds of transactions between the Narrowed Targets and counterparties outside of Nigeria. That is to say, Nigeria has obtained records of hundreds of private transactions involving the Narrowed Targets where none of the addresses in the wire transfer record—for the originator, beneficiary, their respective banks, or others involved in the wire transfer—are in Nigeria. That discovery is therefore outside the scope of Nigeria’s request as approved by the Court.”

The company claimed that it attempted to resolve the issue by meeting and conferring with Nigeria’s counsel, beginning with a letter on May 27, that requested that Nigeria not publicise or use the out-of-scope wire transfers while the parties met and conferred in good faith to address the issue.

The company alleged that Nigeria’s application represented to the Court that it intended to use the documents only in criminal investigations and prosecutions within Nigeria but, “immediately after obtaining documents, Nigeria proceeded to use that discovery in those very proceedings in London.”

P&ID, thereafter, sought a protective order requiring Nigeria to obtain and use the discovery “in a manner consistent with its representations to the Court, on the basis of which the Court granted Nigeria’s Section 1782 application”.

In its acknowledgement copy, seen by PREMIUM TIMES, the court asked the applicant (Nigeria) to file a response to the letter by June 30. It also urged both parties to attend a telephonic conference on July 2, to discuss P&ID’s request for a protective order.

But this newspaper’s review of documents showed that the conference did not hold as planned.

In a response dated June 30, Christopher Major, attorney to Nigeria, raised concerns over P&ID’s attempt to obtain a protective order to claw back documents it did not produce and which list transactions to which it was not a party to. The state argued that P&ID lacks any standing or basis for its demand.

Nevertheless, Nigeria said it indulged P&ID by cooperating with the company’s demand to exclude documents produced by a third party but P&ID abandoned the parties’ ‘meet and confer’ and presented a “pretextual issue to the court in the hope of rearguing its baseless attempt, contrary to Second Circuit precedent, to restrict applicants’ use of the document production.”

The government’s attorney said that “P&ID paid bribes to corrupted FRN officials in United States Dollars (“USD”), laundered USD, and misrepresented its experience and intentions to the FRN in furtherance of its fraud.”

He added that the firm was a shell entity with no ability or intention to perform the GSPA “yet corrupted Nigerian officials charged with overseeing the GSPA with bribes and orchestrated a breach claim which it fraudulently turned into the (controversial) award”.

The government claimed that it sought information from P&ID about the transactions, but P&ID provided virtually no specific information that would facilitate FRN’s consideration.

For instance, Nigeria’s attorney said, P&ID claimed that 399 transactions include payments to VR Advisory employees and intercompany transfers among VR Advisory and its affiliates but the company did not identify to Nigeria which transactions fell into which category, claiming that they were merely examples of transactions it deemed beyond the scope of the subpoena.

He explained further that Nigeria undertook the painstaking process of reviewing the 399 transactions and conducted independent research unaided by specific information P&ID easily could have provided.

Meanwhile, the Nigerian lawyer said that two of the transactions cited by P&ID among the supposedly irrelevant transactions, are, in fact, “highly relevant to Nigeria’s ongoing investigations”.

In its submission, Nigeria requested the court not to entertain P&ID’s attempt to impose restrictions on documents produced by the banks, adding that neither the Court’s May 7 Order nor Section 1782 limit Nigeria’s use of documents produced pursuant to the HSBC subpoena.

“Section 1782 does not prevent an applicant who lawfully has obtained discovery under the statute with respect to one foreign proceeding from using the discovery elsewhere unless the district court orders otherwise,” it said.

Furthermore, the lawyer said that “P&ID has not tried to, and could not, meet the standard for the Court to reconsider its order by now imposing a use restriction.”

It accused P&ID of seeking to obstruct Nigeria’s investigation by abandoning the meet and confer and also seeking an unwarranted protective order in a ‘transparent attempt’ to conceal evidence from Nigeria that is damaging to P&ID and its new owners.

“The Court should reject P&ID’s baseless application. If P&ID really wishes to get a resolution on the remaining 148 transactions, it should reengage in a meet and confer with FRN and provide information to facilitate FRN’s requisite analysis,” Nigeria said.

In a copy of Nigeria’s response seen by PREMIUM TIMES, acknowledged by the court, the telephonic discovery conference set for July 2 has now been adjourned to hold Thursday (today) at 10:30 a.m.

Does writing your contact details behind your new voter’s ID render it invalid?