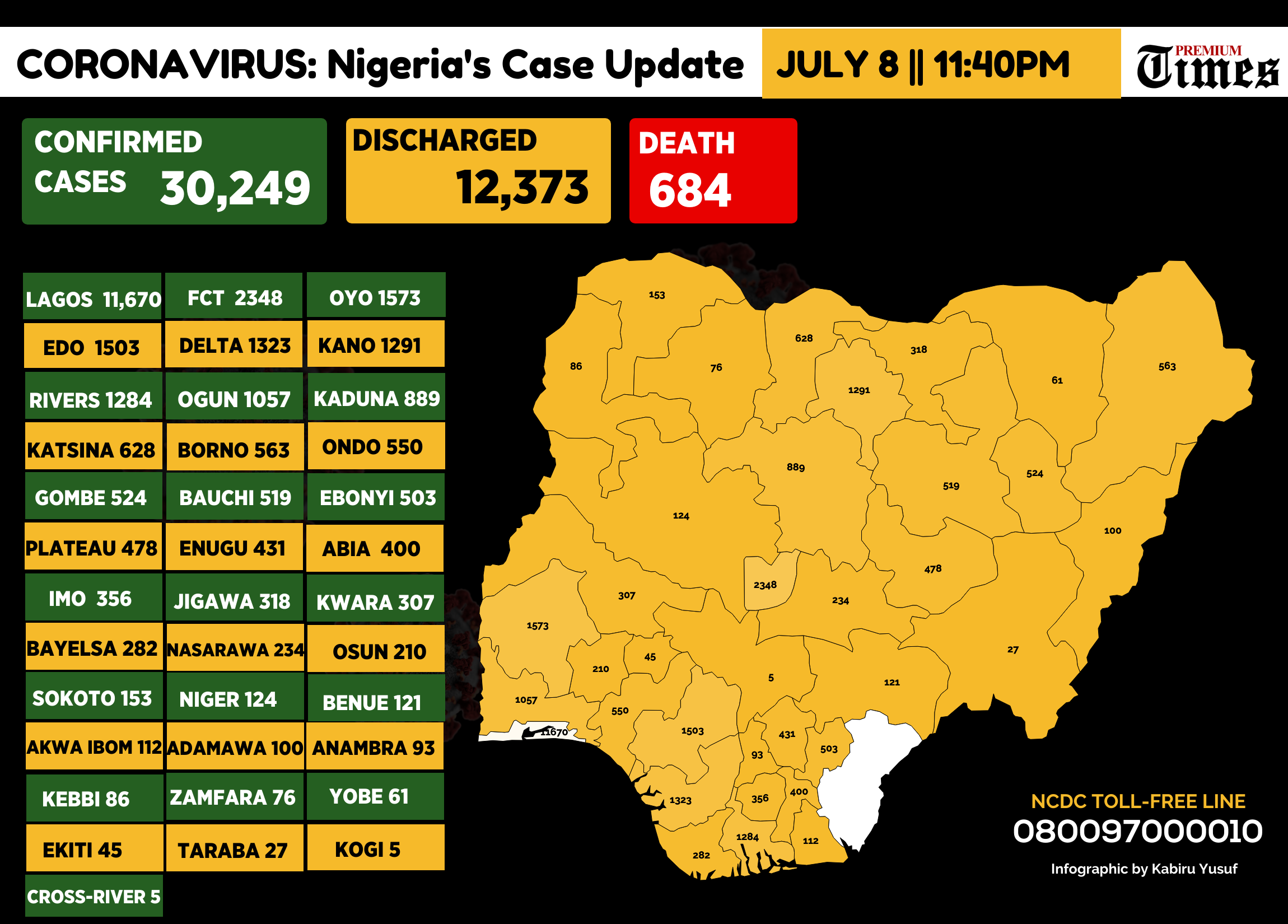 The Nigeria Centre for Disease Control (NCDC) has announced 460 new cases of COVID-19, bringing the total number of confirmed cases in the country to 30,249.

Also, the death toll from the virus has hit 684, as 15 new deaths were reported on Wednesday.

There was a drop in the number of confirmed cases reported Wednesday compared to what was reported on Tuesday (503).

Lagos state remains the epicentre for the disease with the highest number of confirmed cases and deaths in the country, while Zamfara has not reported any new confirmed case in the past 51 days.

The other five states with the highest number of confirmed cases are: FCT, Oyo, Edo, Delta and Kano State.

Since the outbreak of the disease in Nigeria in February, a total of 169,629 samples have been tested.

NCDC said as of the time of reporting, there are 17,192 active cases of COVID-19 in the country, while 12, 373 have recovered and have been discharged.

According to NCDC, the predominant age-group affected is 31 to 40. In the gender ratio, the males are more infected than females.

With the increasing number of confirmed cases in the country, NCDC said in the absence of a vaccine, compliance with infection prevention and control (IPC) measures remains the most effective intervention to control the COVID-19 outbreak.

EXCLUSIVE: Nigeria, P&ID in fresh battle over use of bank records