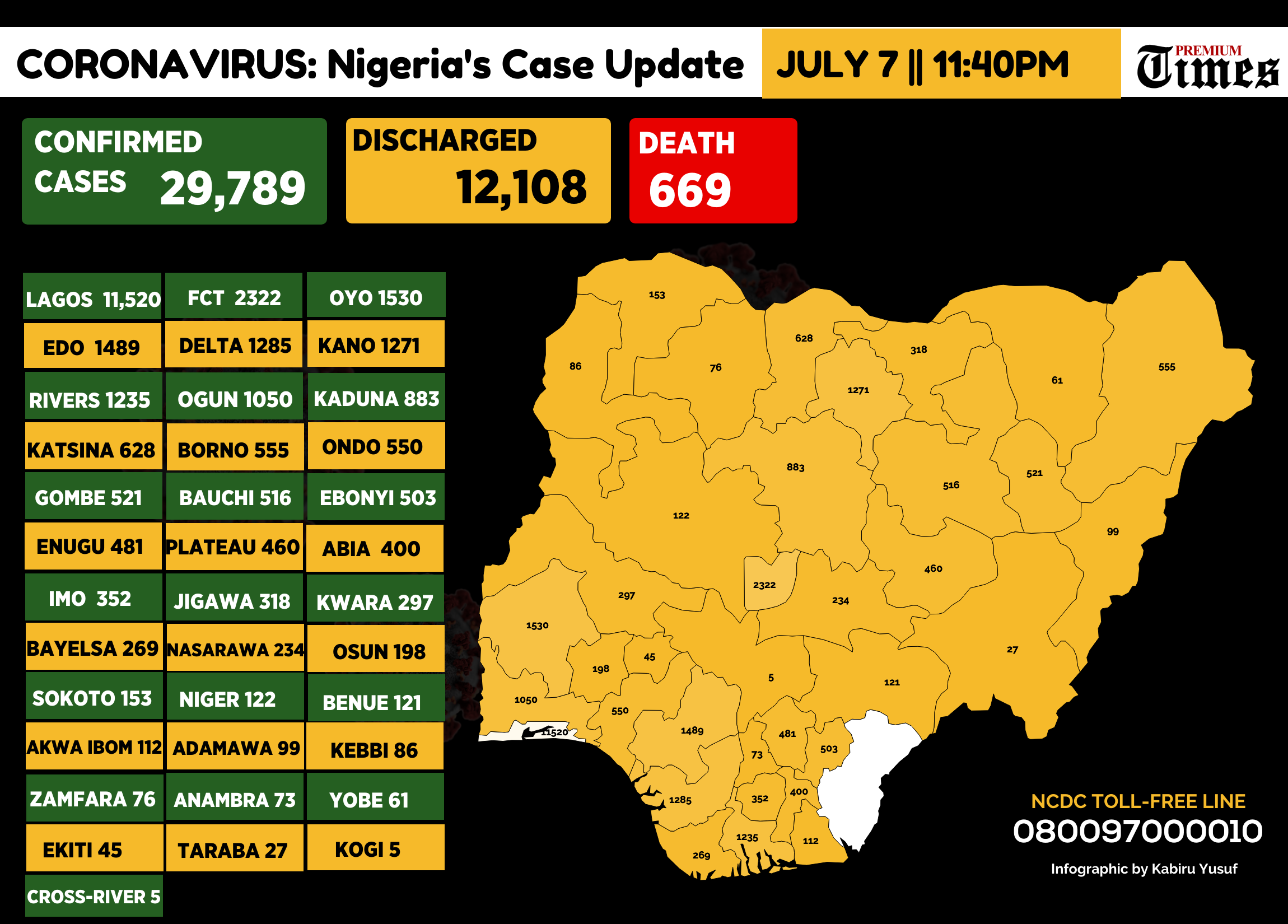 The Nigeria Centre for Disease Control (NCDC) has announced 503 new cases of COVID-19, bringing the total number of confirmed cases in the country to 29, 879.

There was a drop in the number of confirmed cases reported Tuesday compared to what was reported on Monday (575).

Confirmed cases of the virus have been increasing in Oyo, Edo, Enugu, FCT, Delta and Rivers.

NCDC said as of the time of reporting there were 17, 012 active cases of COVID-19 in the country, while 12, 108 had recovered and have been discharged.

Lagos remains the epicentre of the disease in the country, while Zamfara has not reported any new confirmed case in the past 49 days.

While confirmed cases of the virus have continued to increase in the country, the Director General of the World Health Organisation, Tedros Ghebreyesus, on Tuesday during a virtual briefing in Geneva, said health experts from the agency will travel to China this weekend to work with their Chinese counterparts to prepare scientific plans for identifying the zoonotic source of COVID-19.

Mr Ghebreyesus said the experts will develop the scope and terms of reference for a WHO-led international mission.

“Identifying the origin of emerging viral disease has proven complex in past epidemics in different countries. A well planned series of scientific researches will advance the understanding of animal reservoirs and the route of COVID-19 transmission to humans.

“This process is an evolving endeavour which may lead to further international scientific research and collaboration globally,” he said.