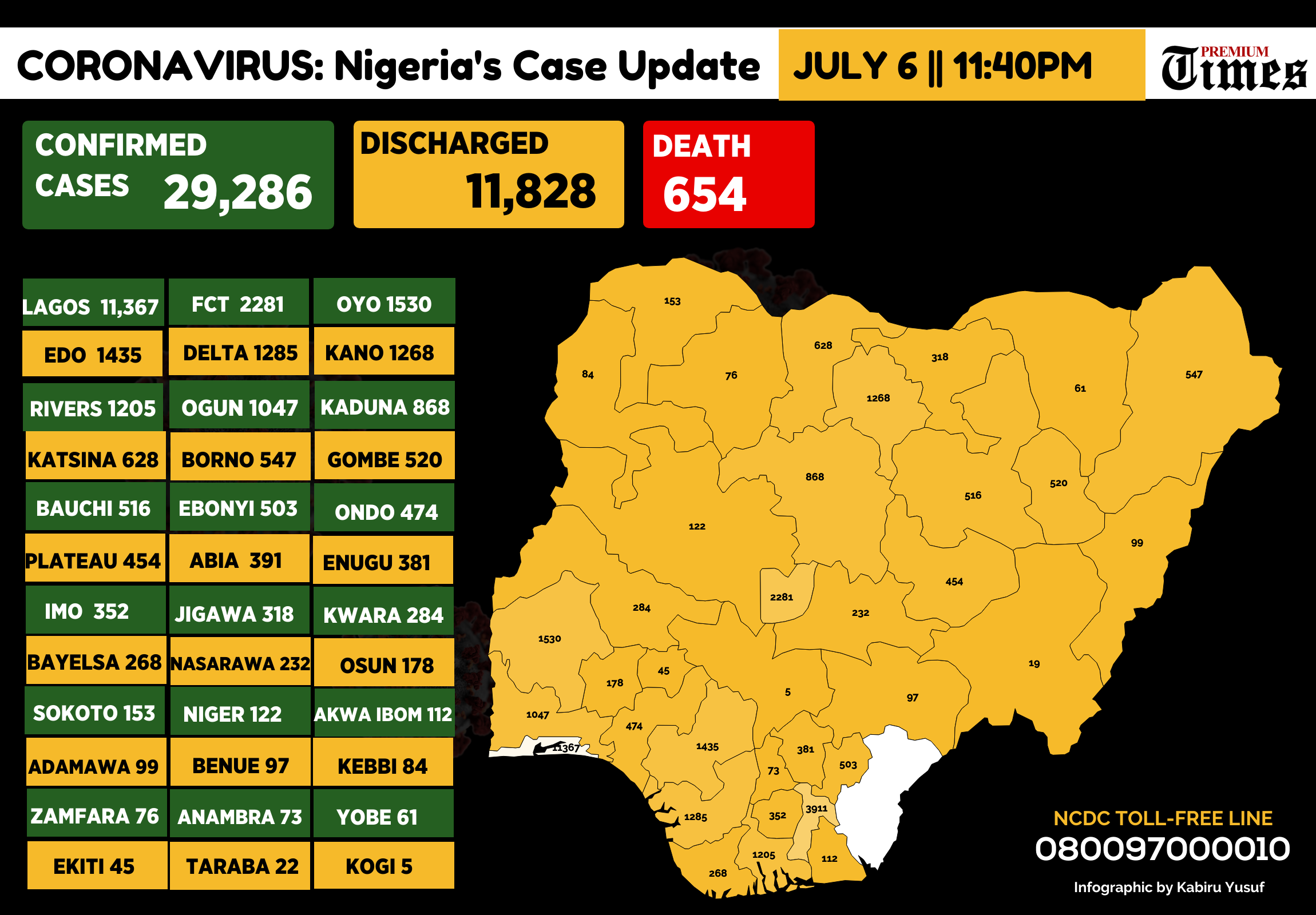 The Nigeria Centre for Disease Control (NCDC) has announced 575 new cases of COVID-19, bringing the total number of confirmed cases in the country to 29,286.

There was an increase in the number of confirmed cases reported Monday compared to what was reported on Sunday (544).

NCDC has officially recorded the confirmed cases reported in Cross River, after days of controversies on the cases.

Lagos remains the epicentre for the disease in the country while Zamfara has not reported any new confirmed case in the past 48 days.

Since the first case of COVID-19 was recorded in Nigeria in February, NCDC said, 152,952 samples have been tested.

As of the time of reporting, there are 16,804 active cases of COVID-19 in the country, while 11,828 have recovered and have been discharged.

While confirmed cases of the virus have continued to increase in the country, the Minister of Health, Osagie Ehanire, said the government is trying to boost overall COVID-19 sample collection, by preparing all public and private hospitals nationwide to become collection hospitals sites.

This, he said will require working with state governments to identify the facilities and the space within them, to conduct training for the personnel selected and supply both PPEs and sample collection kits, as well as the logistics to go around to recover test samples.

“If logistics around sample collection and delivery to test sites are better organised, a lot more will be achieved.

“However, the more we test, the more confirmed cases we shall find, of which the vulnerable will have to be prioritised for admission to treatment centres, even if they are not yet showing symptoms,” he added .