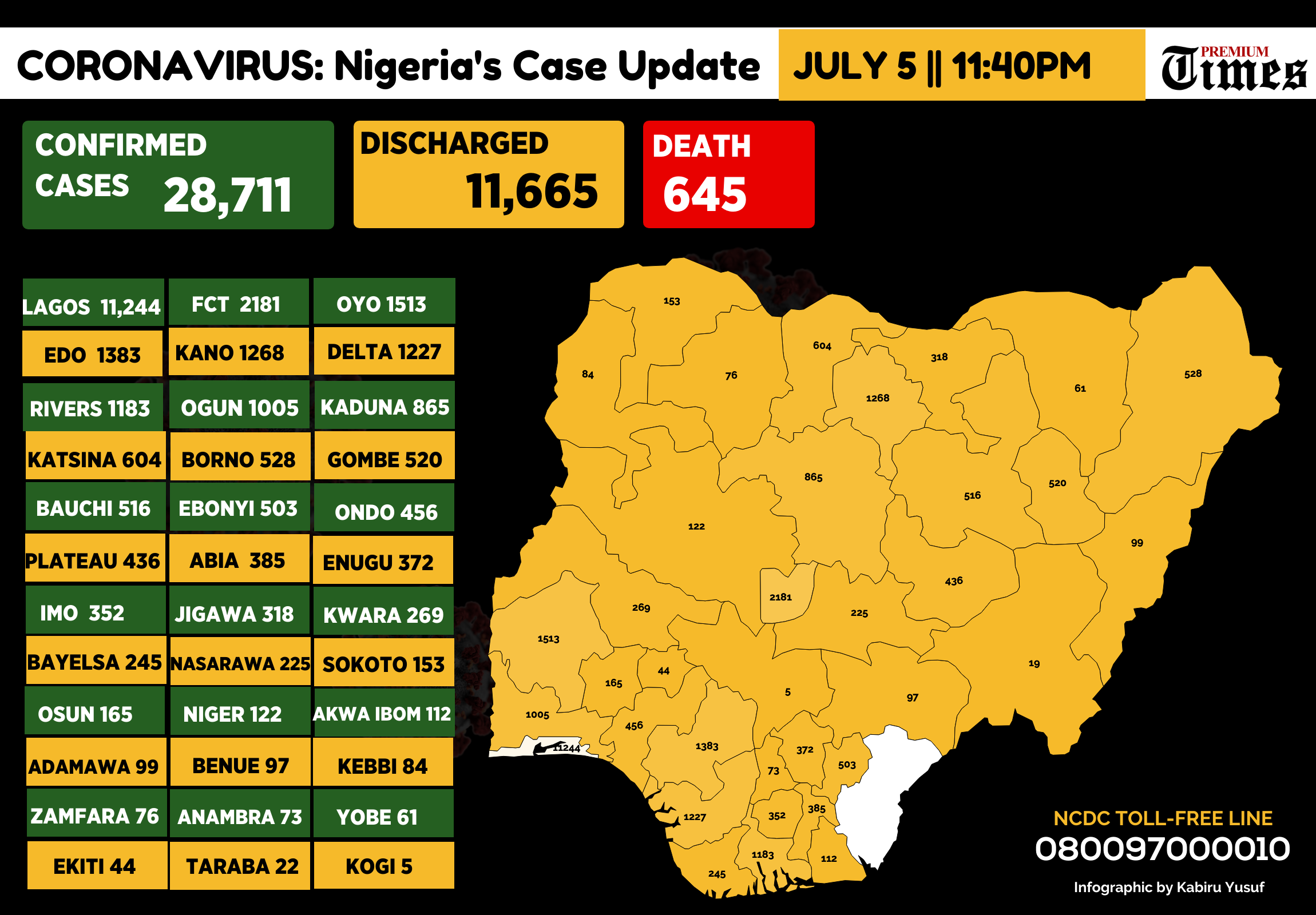 Nigeria’s tally of confirmed COVID-19 cases rose to 28,711 on Sunday as 544 new infections were announced by the Nigeria Centre for Disease Control (NCDC).

As of the time of reporting, 35 states and the FCT had recorded at least a case of the disease. Only one state, Cross River, is yet to officially report any case of the virus although there are controversies about it.

Lagos remains the epicentre for the disease in the country. Zamfara has not reported any new confirmed case in the past 48 days.

Since the first case of COVID-19 was recorded in Nigeria in February, NCDC said, 151,121 samples have so far been tested.

As of the time of reporting, there are 16,401 active cases of COVID-19 in the country, while 11,665 have recovered and have been discharged.

Ajimobi was a student until death – VC