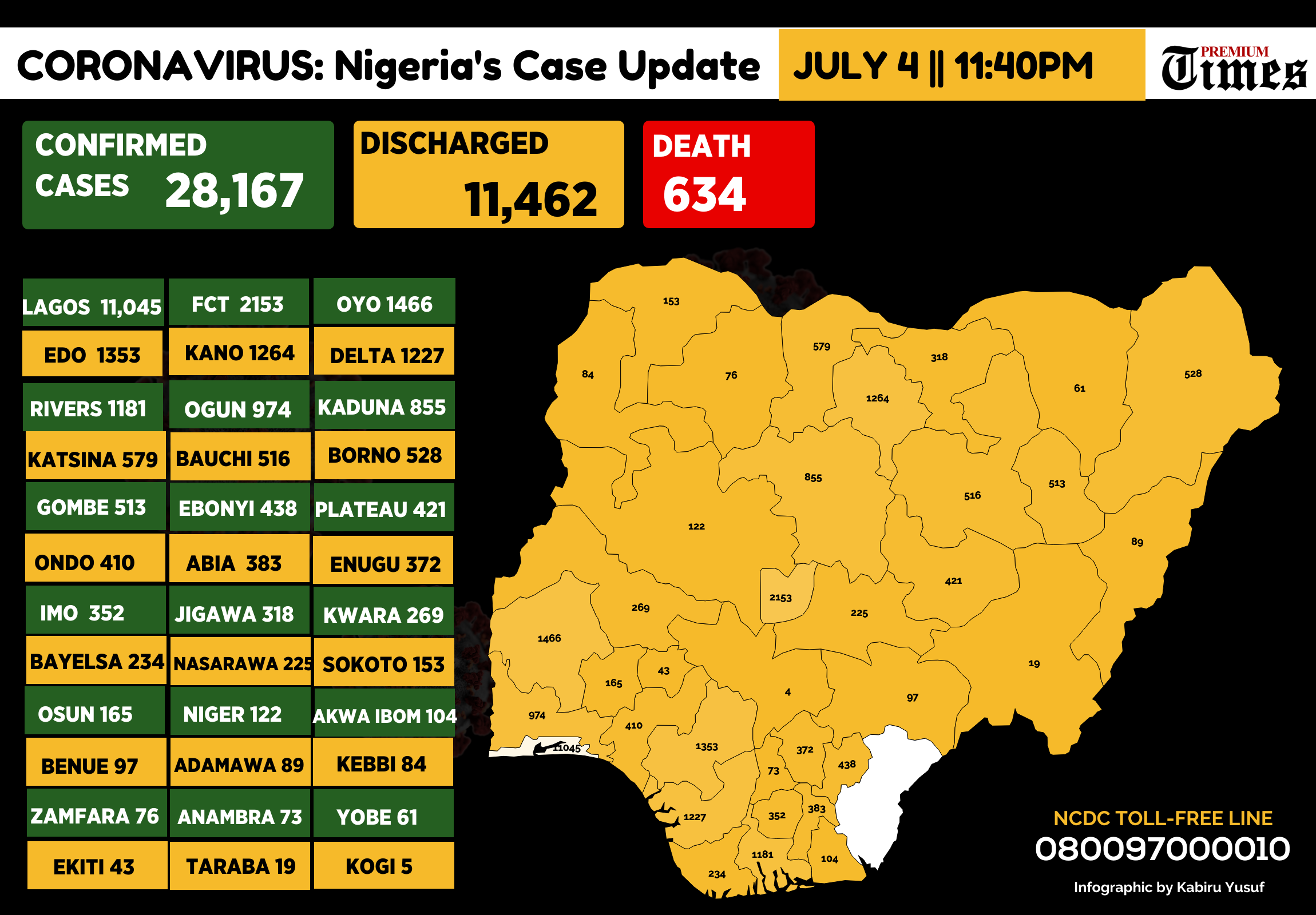 Prior to last week, the number of confirmed coronavirus cases had increased for six consecutive weeks.

The new cases dropped despite an increase in the number of people tested across Nigeria last week.

Data from the Nigeria Centre for Disease Control (NCDC) showed that 21,030 people were tested last week, a two per cent increase from the 20,588 tested the previous week.

The number of people who recovered from the virus and were discharged also increased last week.

Meanwhile, seventy-two new deaths were reported between last Sunday and Saturday, which amounts to a 27 per cent increase when compared with the 52 who died from the virus in the previous week.

Fire on the mountain?

Although Nigeria witnessed a reduction in infections last week, the resumption of domestic flights and interstate travels might pose a threat to its fight against the spread of the virus.

While interstate travels officially began last week, the Nigerian government has announced that domestic flights will resume on July 8.

Experts have, however, warned that the step might be disastrous if social distancing and other safety protocols are not adhered to.

The action by Nigeria and other African countries necessitated the World Health Organisation’s call on African nations to take effective measures to mitigate the risk of a surge in COVID-19 infections on the continent.

WHO Regional Director for Africa, Matshidiso Moeti, while giving an update on the status of the pandemic in Africa, said the call became necessary due to decisions of some of the African countries to reopen their borders months after lockdown aimed at curbing the pandemic.

She said while opening borders are vital for the free flow of goods and people, initial analysis by WHO found that lockdown along with public health measures reduced the spread of COVID-19.

Ms Moeti said “air travel is vital to the economic health of countries, but as we take to the skies again, we cannot let our guard down. Our new normal still requires stringent measures to stem the spread of COVID-19.”

Only one state, Cross River, is yet to officially report any case of the virus – although there are controversies surrounding the cases discovered at the University of Calabar Teaching Hospital (UCTH).

Of all the states with official cases, only Zamfara has not reported any new confirmed case in the past 47 days.

As regards testing, the country has so far collected 148,188 samples since the beginning of the outbreak in Nigeria in February.

On Sunday, 490 new cases of COVID-19 were reported in the country.

A total of 790 new cases of the pandemic were reported on Wednesday which brought the number of confirmed cases to 26, 484.

On Thursday, 626 new cases of COVID-19 were reported in the country.

On Saturday 603 new cases of the pandemic were recorded.