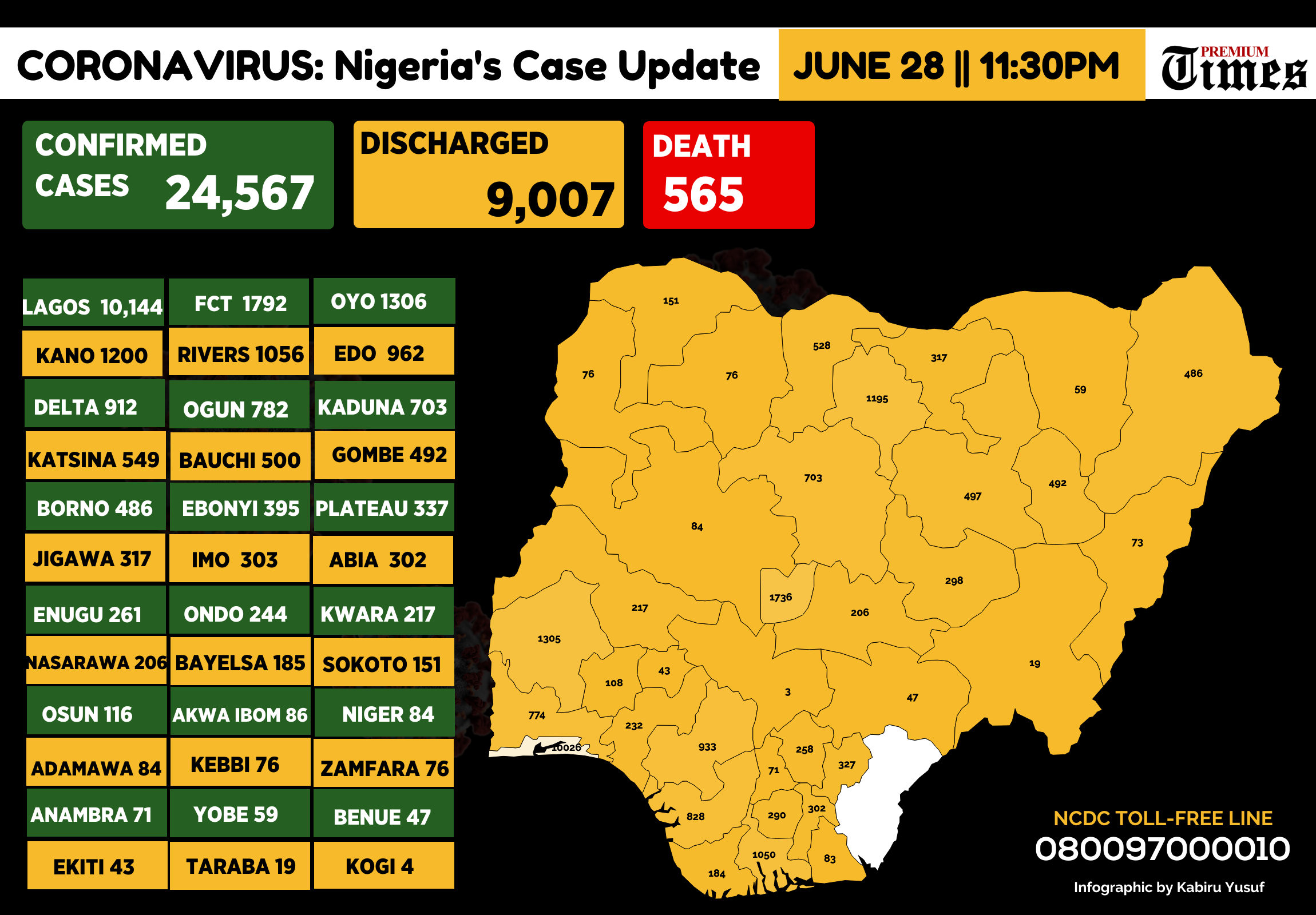 The Nigeria Centre for Disease Control (NCDC) has announced 490 new cases of COVID-19, bringing the total number of confirmed cases in the country to 24,567.

The health agency in a tweet Sunday night said the new cases were reported in 20 states.

As of the time of reporting, 35 states and the FCT have recorded at least a case of the disease. Only one state, Cross River, is yet to officially report any case of the virus.

Since the onset of the COVID-19 outbreak in Nigeria in February, NCDC said 130,164 samples have so far been tested.

As of the time of reporting, there are 14,995 active cases of COVID-19 in the country, while 9,007 have recovered and have been discharged.