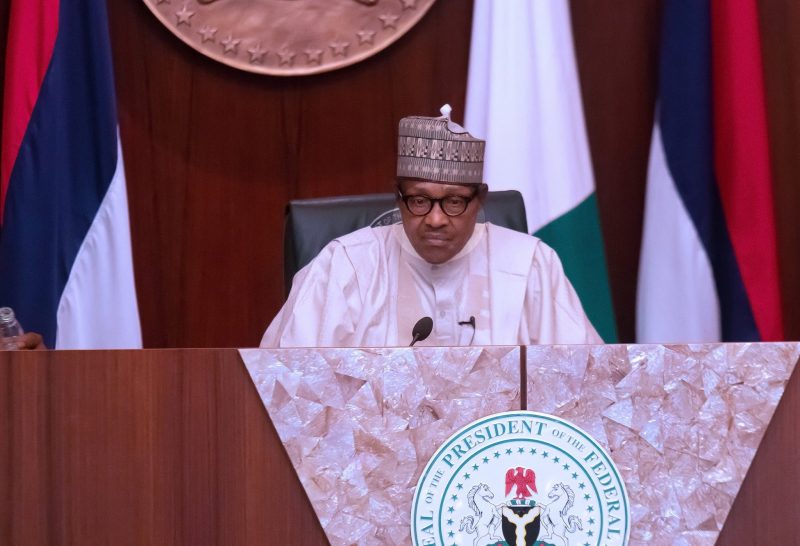 Having refused to be part of the virtual National Executive Committee (NEC) meeting of their party, majority members of the National Working Committee (NWC) of the All Progressives Congress (APC) have rejected its outcome.

The Hilliard Eta-led 18 members of the NWC, in a statement, shortly after the NEC meeting attended by President Muhammadu Buhari, said the meeting violated the party’s constitution.

Quoting Article 25 (B) of the party constitution, they challenged the right of the deputy national secretary of the party, Victor Giadom, to convene the well attended NEC meeting.

The faction, believed to be loyal to the party’s erstwhile national chairman, Adams Oshiomhole, and national leader, Bola Tinubu, announced its readiness to challenge the NEC meeting and its outcome in court.

They said they are consulting with their allies and lawyers before disclosing their final steps.

“Article 25(B) of the Constitution of the APC is explicit that only the National Chairman or the National Working Committee (NWC) is given the prerogative of summoning meetings of the National Executive Committee (NEC) of the Party cither for statutory quarterly meetings or for emergency meetings. The same provision of the constitution makes it compulsory for a notice of a minimum of14 days in respect statutory quatertly meetings and 7days in respect of an emergency meeting.

“We note that Chief Victor Giadom had convened and conducted a virtual meeting purportedly to be a National Executive Committee (NEC) meeting of our Party wherein certain far-reaching resolutions were purportedly reached. While the National Working Committee is studying the unfolding drama, it will be consulting with stakeholders and a team of lawyers on the next line of action,” the statement signed by Mr Eta and the party’s acting national secretary, Waziri Bulama, stated. They said the statement was released on behalf of 18 sacked members of the NWC.

PREMIUM TIMES earlier reported the resolutions of the NEC meeting including the dissolution of the NWC.

The NEC also appointed a caretaker committee to manage the affairs of the party until a convention is held to elect new NWC members.

The sacked NWC members have now rejected their sack, a move which could further tear the ruling party apart.

In his speech at the virtual NEC meeting, Mr Buhari not only called for the dissolution of the NEC meeting, but also cautioned members against taking the party to court. He ordered those who had done so to withdraw such cases.

“The directive had been issued before, unfortunately, some members failed to heed the directive. Thus, at this time, it must be made a Resolution of the Party which must be effectively enforced with dire consequences for members who choose to ignore the directive,” the president said.

That directive of avoiding court cases is what the sacked NWC members say they are considering violating unless advised otherwise by their lawyers.

74.2 per cent businesses stop operations due to COVID-19 – NECA

What the weather will look like between Friday and Sunday – NiMet