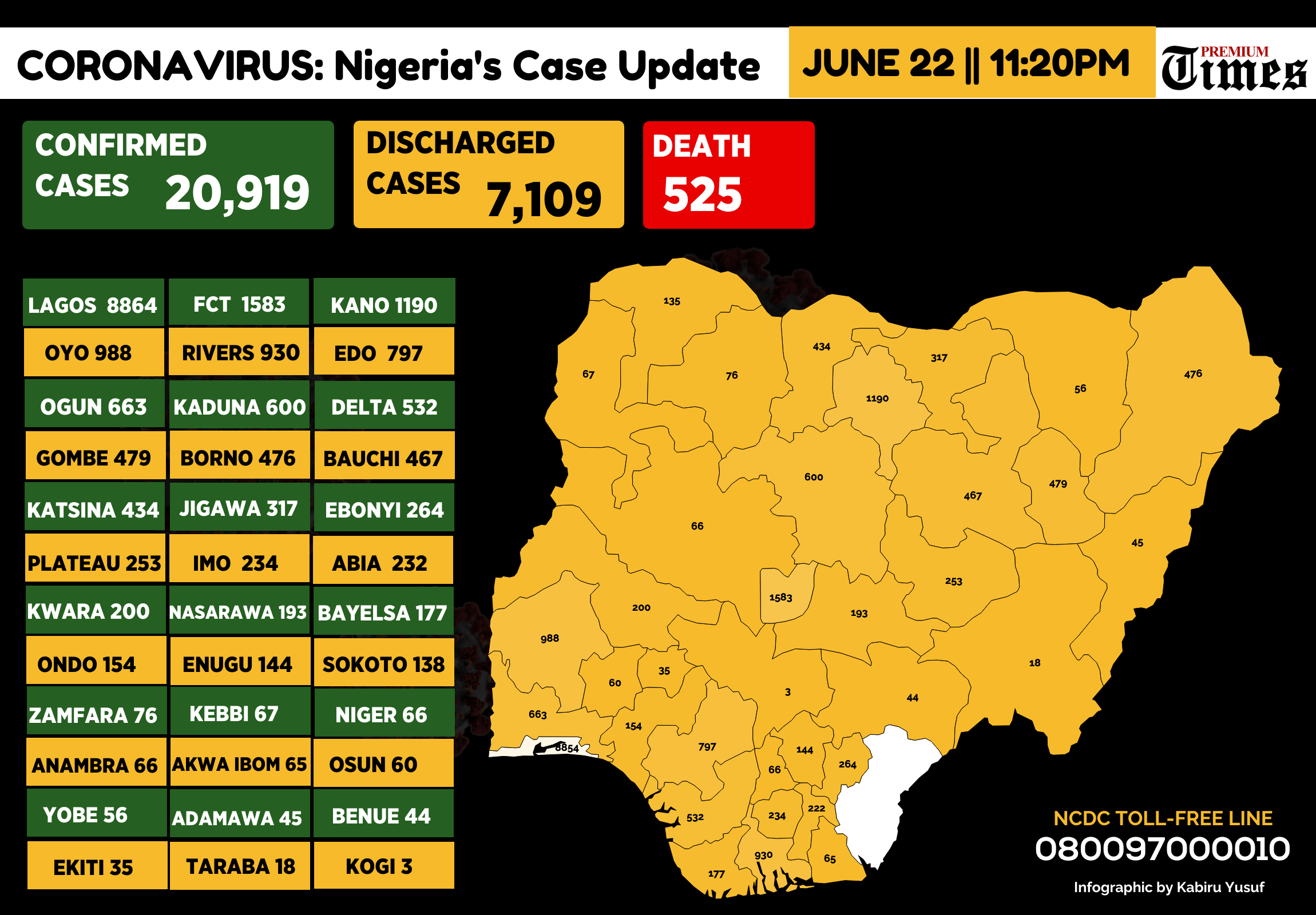 Infograph showing cases of coronavirus in Nigeria as at 22nd June, 2020

Nigeria’s tally of confirmed COVID-19 cases rose to 20, 919 on Monday as 675 new infections were announced by the Nigeria Centre for Disease Control.

There was an increase in the number of confirmed cases reported Monday evening compared to what was reported on Sunday, 436.

The health agency in a tweet Monday evening said the new cases were reported in 21 states.

As of Monday, 35 states and the FCT have recorded at least a case of the disease. Only one state, Cross River, is yet to report any case of the virus.

The Director-General of the Nigeria Centre for Disease Control (NCDC) Chikwe Ihekweazu, on Monday, said all states in the country had cases of the disease, suggesting Cross River was not free of it as the state government claims.

Lagos recorded the highest daily figure of the infection on Monday, and remains the epicentre for the disease in the country.

According to NCDC, on June 22, 675 new confirmed cases and 7 deaths were recorded in Nigeria

BREAKDOWN
Since the onset of the outbreak in Nigeria in February, NCDC said 115, 760, samples have so far been tested.

NCDC has attributed the increasing numbers of confirmed cases in the country to the increase in the number of testing centres.

No state in Nigeria is free of COVID-19 — NCDC

UTME 2020: 51 universities that won’t accept candidates who scored below 180