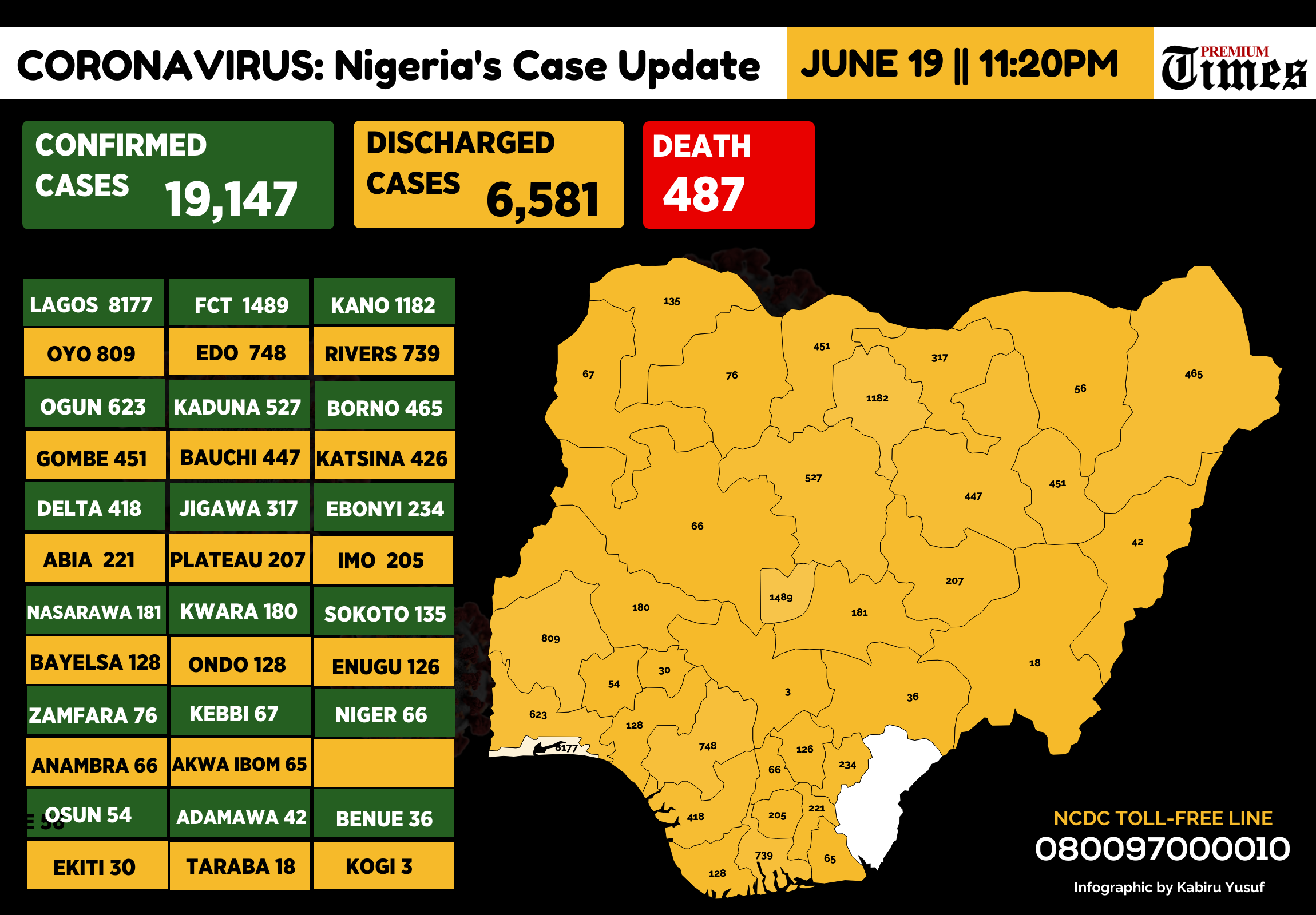 Infograph showing cases of coronavirus in Nigeria as at 19th June, 2020

The Nigeria Centre for Disease Control (NCDC) has announced 667 new cases of COVID-19, bringing the total number of confirmed cases in the country to 19, 147.

There was a drop in the number of confirmed cases reported Thursday evening (745) compared to what was reported on Friday.

The health agency in a tweet Friday evening said the new cases were reported in 18 states.

Since the onset of the outbreak in Nigeria in February, NCDC said l, 108,458 samples have so far been tested.

As at the time of reporting, there are 12,079 active cases of COVID-19 in the country while 6,581 have recovered and have been discharged.