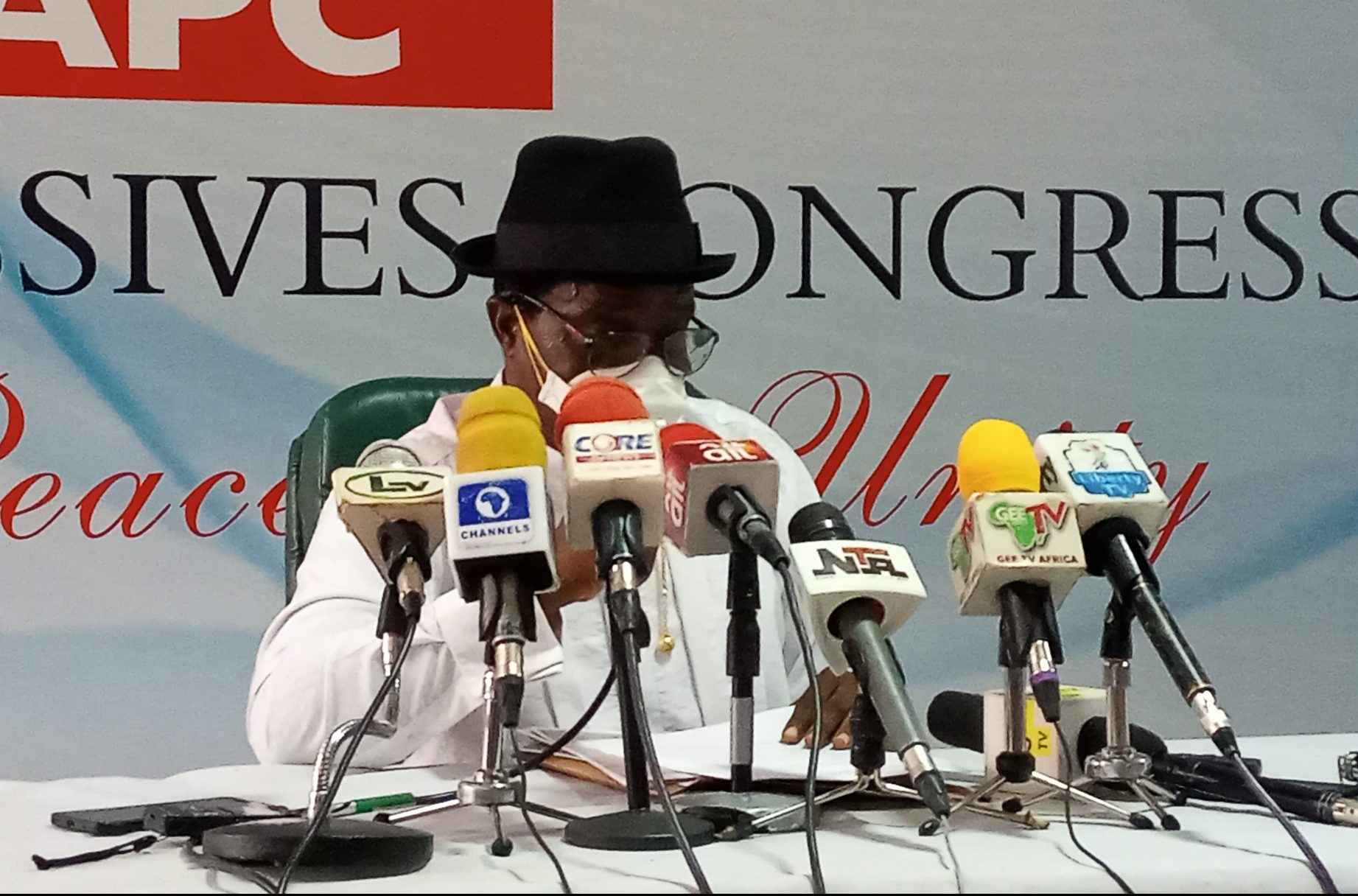 The Deputy National Secretary of the All Progressives Congress (APC), Victor Giadom, has declared himself acting national chairman of the party.

Mr Giadom made the declaration at the APC national secretariat in Abuja Wednesday morning.

He said his declaration is in compliance with the judgement of Justice S.U. Bature in suit no FCT/HC/M/6447/2020 dated March 16, 2020, which ordered the suspension of Adams Oshiomhole and ordered that “I, Chief Hon Victor Giadom should act as National Chairman of our great party.”

He announced the cancellation of the earlier screening exercise approved by the Oshiomhole-led National Working Committee (NWC).

That screening process disqualified Mr Obaseki who is in a tough battle with Mr Oshiomhole in Edo.

“Our party, the All Progressives Congress, will no longer allow local quests for the control of power to influence our decisions. As your Acting National Chairman and presiding officer in the NWC, we therefore cancel the decision of the Screening and Appeal Committees of the former chairman of the party on the Edo primaries,” Mr Giadom told journalists in Abuja on Wednesday.

Mr Giadom’s actions followed an Appeal Court ruling on Tuesday that suspended Mr Oshiomhole as national chairman of the APC.

The appeal court upheld the suspension of Mr Oshiomhole as APC chairman as earlier ruled by the Abuja high court.

The APC spokesperson, Lanre Issa-Onilu, had Tuesday announced Abiola Ajimobi as the acting national chairman of the party.

Mr Ajimobi is the deputy national chairman (South) of the party but is believed to be very ill and on admittance at the hospital.