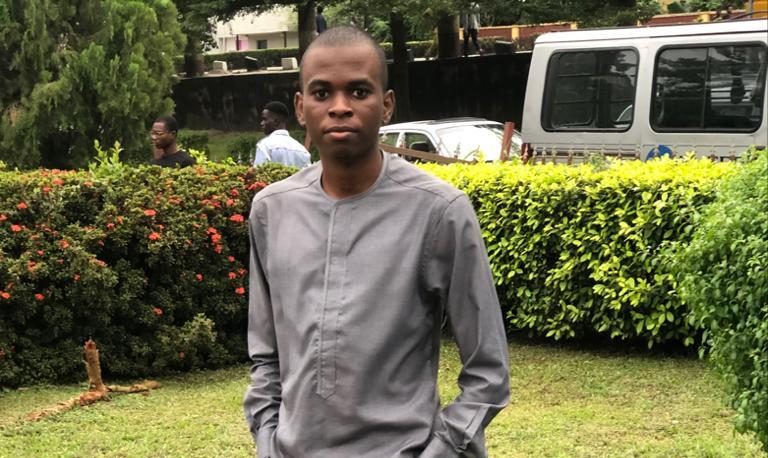 The family of a man who reportedly committed suicide by jumping into the Lagos lagoon in February said they doubt if he actually jumped to his death. The family is now accusing the man’s uncle and a Bolt cab driver who saw him last of abducting him.

According to the Lagos State Emergency Management Agency (LASEMA), on February 3, 2020, Toju-Davies Daibo, 21, jumped into the lagoon from the Third Mainland bridge after taking a Bolt cab from Mercy Hospital, Gbagada. The agency stated that Mr Daibo told the cab driver he had stomach upset and requested that he stopped. He then plunged into the lagoon.

His body was never found, despite the effort of the Lagos Fire Service and Marine Rescue team. The search for his body was suspended after 48 hours.

But his family said they do not believe that he committed suicide. Esther, Mr Daibo’s sister, said he had been having disagreement with his uncle, Olayemi Brown, whom he was said to be living with around the Gbagada area of Lagos.

“He complained to our father that uncle Olayemi Brown at Gbagada has been behaving somehow and making him uncomfortable. So, my dad sent him a flight ticket to come to Abuja that day they said he jumped into the Lagoon,” Ms Daibo told PREMIUM TIMES.

“The day, my aunt called my dad that his uncle fought with him and broke his head with a bottle. When my Dad was trying to call my brother, his number was not going,” she said.

She said she was shocked to read about her brother’s alleged suicide a few hours after her aunt called to inform her father about the fight between Mr Daibo and his uncle.

She said prior to reading about her brother’s reported suicide, around 10 a.m. the same day, her mother had called (their parents live in Abuja) Mr Daibo and a person with a strange voice had answered the call.

“He wasn’t the one that picked the call. The voice sounded strange like that of street boys, it was like the person later gave him the phone and she asked whether it was his voice and he told his mum he changed his voice.

“He was most likely in danger at that time because he said he was in a barbing salon,” the sister narrated.

Ms Daibo also said it was strange that it was only the Bolt driver that saw her brother jump into the lagoon despite the heavy vehicular traffic on the bridge. She also wondered why her brother’s body has not floated to the surface if he indeed jumped into the lagoon.

“Even if he jumped, we should have found his body three days after. We hired private local drivers ourselves, my family members hired flying boats to check for themselves, but nobody was found.”

In a petition written to the Inspector General of Police on March 10, the victim’s father Sunday Daibo, accused Olayemi Brown, the uncle; Tina Brown, the aunt and Badmos Oladimeji, the Bolt driver of criminal conspiracy and kidnapping of his son.

The father told PREMIUM TIMES that his son did not jump into the lagoon but was kidnapped. He said his brother and the Bolt driver are the prime suspects.

The elder Mr Daibo said his son ordered the Bolt ride from Mercy Hospital, Gbagada, where he had gone to treat the injury he allegedly sustained from the fracas with his uncle and was heading to the Muritala Muhammed Airport in Ikeja Lagos en route Abuja.

“The boy told the doctor at Mercy Hospital that he was going to the airport, and he called the Bolt driver. How the driver changed the journey and took this mainland bridge is confusing,” he said.

Mr Daibo said when he visited Lagos after the incident, he took a tour around the axis and saw that it was suspicious that the driver took Third Mainland bridge when his son was going to the airport.

He said the story told by the Bolt driver that his son paid N6,000 cash for the trip was dubious.

“My son didn’t have cash any cash on him because he sent a message that he needed money to take a cab to the airport, and the Uber (Bolt) driver said he paid N6,000 cash, whereas he did not get to his destination and had no cash on him.”

“Even if he got to his destination, how will they charge N6, 000 for that ride?”

Mr Daibo said when he asked the driver these questions, he replied that his app was faulty at that time.

Mr Brown, the victim’s uncle, was absent at the State Criminal Investigation Department, Yaba where the case was being investigated, he said.

“When I got to Lagos, the aunt said he had travelled on an official assignment to Ivory coast,” the father said.

“This boy is still alive, he is being abducted and kept there in Lagos, this is between the uncle and the driver,” the father said.

Nosa Okunbor, the spokesperson of LASEMA, said after the body was not found in the lagoon, the matter was handed over to the police for investigation.

“If someone jumps into the lagoon, after three days, the body should float. But that did not happen, so, there was a need to interrogate the Uber (Bolt) driver, which is the work of the police.”

Bala Elkana, the Lagos police spokesperson told PREMIUM TIMES that the police are still investigating the case, He, however, said the police did not know if Mr Daibo was kidnapped or not.

“Since nobody has made calls to the family or asked for anything, the police cannot yet ascertain it is a kidnap.”

“We are not coming up to say this guy actually jumped, we only said it was only the Bolt driver that saw him jump, which was why we took him in for questioning.

“Up till now, we have not seen the dead body and the driver said he saw him jump. SCIID Panti is investigating the case as I speak,” Mr Elkana said.

Mr Elkana added that an investigation is a time-consuming event. “It is not something you conclude in one day, you have to work through some leads,” he said.

“I cannot give the technicalities of the case so as not to jeopardise the work of the police.

“Even the family needs to be patient, because there are details that are usually technical and once you disclose them, it will jeopardise our chances of arriving at the truth, but we are working on it,” Mr Elkana said.

PREMIUM TIMES could not reach Mr Oladimeji, the Bolt driver for comment, he could not be reached on his phone number as it has been switched off.

However, Bolt’s PR manager, Marilin Noorem, told this newspaper in an email that the company was aware of the incident. She added that Bolt is fully cooperating with the police as an investigation into the matter continues.

Ms Noorem further added that in accordance with the company’s policy, Mr Oladimeji has been suspended from working for the ride-hailing company until the police conclude their investigation into the matter.

“Bolt unequivocally condemns any violence of any form directed towards ride-hailing drivers and passengers because it believes that every person in Nigeria has the right to earn a living and move around without risk of harm, intimidation or coercion, or fear of death or injury.

“When the incident occurred, Bolt’s High Priority team was immediately activated. The team has been cooperating fully with the Adekunle Police Station’s investigation into this tragic incident, providing any information possible that may help with the investigation.

He wasn’t living with me – Uncle

When reached for comment, the uncle, Mr Brown, denied that Mr Daibo was living with him and declined to provide further comments.

“I have nothing to say about the matter, the case is already with the police, go and talk to the police or the lawyer, the boy was not living with me,” he said briskly and hung up.

Several attempts to reach the aunt, Tina Brown, failed as she did not respond to calls and text messages sent to her mobile phone.