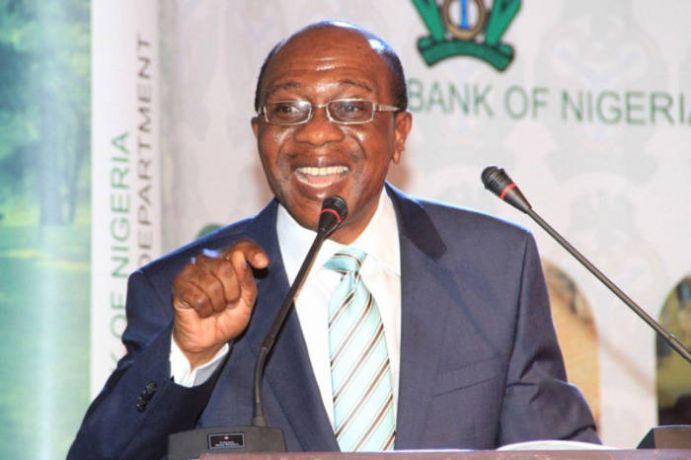 The Monetary Policy Committee (MPC) of the Central Bank of Nigeria (CBN) has explained why it slashed the monetary policy rate, popularly called lending rate, from 13.5 per cent to 12.5 per cent.

“If all the stimulus packages already announced by the CBN, such as concessionary rates, loan restructuring, and targeted loans to agriculture, manufacturing and health sector are well utilised, they will produce the desired impetus needed to boost economic recovery in Nigeria,” he said.

The CBN governor’s statement was contained in the communique issued at the end of the third meeting of the MPC for the year held in Abuja on Thursday.

During the meeting, members also resolved to retain all other monetary policy parameters, namely keeping the Asymmetric Corridor at +200/-500 basis points around the MPR, retaining the cash reserve requirement (CRR) at 27.5 per cent, and the Liquidity Ratio at 30 per cent.

The CRR is the funds kept with the CBN as a minimum deposit a commercial bank must hold as reserves, rather than lend out to customers.

The last time the CBN adjusted the MPR was in March 2019, from 14 per cent to 13.5 per cent after keeping the controlling lending rate unchanged for 13 consecutive times since July 2016.

In reducing the MPR then, the MPC said its decision was informed by the need “to establish the foundation for the next phase of growth to consolidate on stronger macro-economic structures being built for the country’s economy.”

The CBN governor said the next phase of consolidation of the growth of the economy after achieving sustainability in the level of stability in the macro-economic indices involved “diversification, keeping inflation low, exchange rate stable and reserves on the positive trajectory”.

In its last meeting in March, the MPC, contrary to expectations, opted to retain all the key monetary policy rates, to sustain the impact of the steps taken by the CBN under an intervention plan to save the economy from COVID-19 pressures.

“Any attempt to adjust the monetary policy fundamentals in any direction – upwards or downwards – will distort and undermine the effort already made through the recent N3 trillion stimulus plan by the Central Bank,” the CBN governor said then.

Amid the continued ravaging impact of the COVID-19 pandemic on the global economy, the committee on Thursday resolved to reduce the interest rate to 12.5 per cent, while retaining all other parameters.

In the communique issued at the end of the meeting, the CBN governor explained why the committee took the decisions.

Reviewing the impact of the pandemic on the global economy, Mr Emefiele said the crisis induced economic shocks, characterised mainly by disruptions to the global supply chain as a result of lockdowns, travel bans, and quarantines to check the spread of the virus.

The committee noted available data on key macroeconomic variables in the domestic economy, which showed the economy recorded positive output growth during the first quarter of this year.

Despite the impact of the COVID-19, which resulted in low negative output growth in the second quarter of the year, the committee said measures adopted by the monetary and fiscal authorities could help avoid a recession by the third quarter

Although the International Monetary Fund (IMF) and the federal government have projected the country’s economy to contract by -3.40 per cent this year, the committee said it remains optimistic of a better outcome.

Apart from measures adopted to arrest the rapid spread of COVID-19, recent improvement in crude oil prices to about $34.8 per barrel as at last Thursday would reduce the pressure on the country’s external reserves and government revenue.

On its decisions at the meeting, the committee said it took into considerations the gradual improvement in macroeconomic variables, particularly in the equities market, the containment measures of the COVID-19 induced health crisis and the impact of the increase in crude oil price on the external reserves.

Besides, it said, it also noted the stability in the banking system resulting in the increase in total asset by 18.8 per cent and total deposits by 25.52 per cent (year-on-year).

A review of the Loan-to-Deposit Ratio (LDR) policy introduced in July 2019, it said, showed total credits increased by N3.1 trillion, or 20.45 per cent, with manufacturing, retail and consumer loans, general commerce and agriculture as major beneficiaries.

Under the N100 billion Healthcare Sector Intervention Fund, the committee said the CBN approved and disbursed over N10.15 billion for some projects including the establishment of “advanced diagnostic and health centres and expansion of some pharmaceutical plants for essential drugs and intravenous fluids”.

As part of the N1 trillion intervention targeted at agriculture and manufacturing firms, the committee said the apex bank further disbursed N93.2 billion under the Real Sector Support Fund to over 44 green and brownfield projects to boost local manufacturing and production across critical sectors.

In addition, the CBN also approved N10.9 billion to 14,331 beneficiaries under the N50 billion targeted credit facility for households and small and medium enterprise (SMEs), out of which N4.1billion has been disbursed to 5,868 successful beneficiaries.

With the weakening of the global macroeconomic environment due to the adverse impacts of COVID-19 and the drop in crude oil prices affecting commodity dependent economies like Nigeria, the committee said the expectation was to stimulate growth and recovery to reverse the fear about recession.

Despite the 1.87 per cent gross domestic product (GDP) for the first quarter and the moderated inflation rate to about 12.27 per cent, the committee said Nigeria could escape a recession if concerted efforts were sustained to stimulate output.

On whether “to hold, loosen, or tighten,” the committee said the decision weighed heavily against tightening of the policy stance.

Any decision to tighten the monetary policy rate, it argued, would further contract aggregate demand, leading to decline in output, which is necessary to sustain the supply chain for growth recovery.

“Tightening will also increase cost of credit and reduce investment and impact negatively on output growth,” the committee noted.

On retaining the previous policy stance, the committee said this may expose the monetary authorities as insensitive to the prevailing weak economic conditions, and therefore, there was need to point towards immediate recovery.

On loosening, the committee said it was concerned that excess liquidity engendered by loosening may overshoot the economy’s capacity to absorb and accelerate inflationary pressure.

However, it said given the slow rate of acceleration of inflation, “the accommodative stance will stimulate aggregate demand and supply in the short term.”