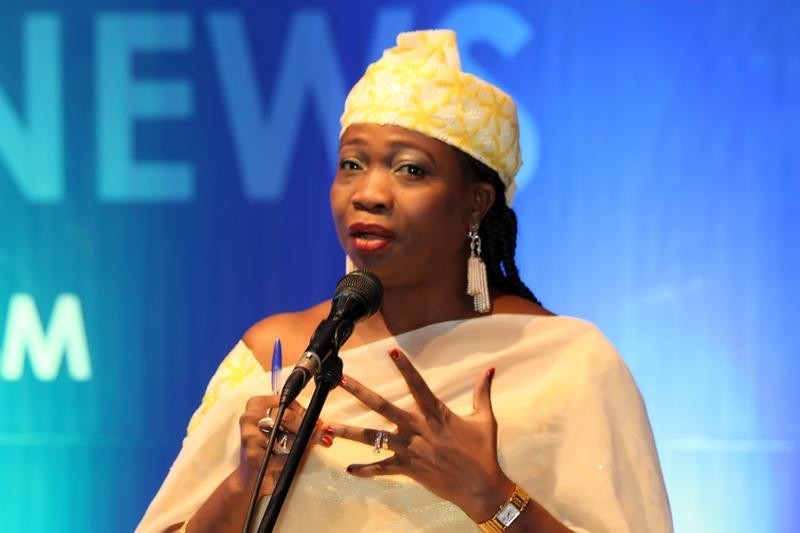 Two Nigerian federal agencies in Abuja have taken their fight over office accommodation to the public via social media.

It all began when the Chief Executive Officer (CEO) of the Nigerians in Diaspora Commission (NIDCOM), Abike Dabiri-Erewa, on Sunday, shared that the agency no longer has an office from which to operate.

NIDCOM published a video on Twitter where the CEO said the agency has not had an office for a year now.

She said, “In one year, we don’t have an office. The office we got, given to us by NCC but we were actually driven away by the honourable minister of communications and digital economy, Mr Isa Pantami, within two days, they drove us out with guns and what happened? The place was given to us by NCC.

“You know we all help each other, NCC as an agency of government, said there is a place you can use to settle in, and just as we settled in, I was in Ethiopia when I got a call. I thought that it was a joke. I came back from Ethiopia on Thursday, this happened on Tuesday, by Friday when I went to the office, guns, armed men had taken over the place. I thought it was a joke, but here is the thing, I’m a government employee, so is he. It’s government business.”

Mrs Dabiri-Erewa further said that she has complained to the relevant body.

“I have complained officially but we let it be. He wants the place, let him take it. That place is still there, a whole floor is still vacant. As I speak with you all our items are locked up. I don’t have a computer, I don’t have printers, everything has been locked up.

“So, after COVID-19, we are hoping that we can get a space and move in. These things locked are personal printers, personal laptops of our very dedicated staff because when you are just starting a lot of things are not there.”

The Nigerian Communications Commission (NCC) reacting to the aforementioned video said that the claim by NIDCOM was false. It said that the commission was not sent packing.

A statement issued by Henry Nkemadu, NCC’s director of public affairs, reads: “The NCC has not withdrawn the offer but had hiccups from the preparation of the visit of President Muhammadu Buhari to inaugurate the Communications and Digital Economy Complex and launch of other projects relating to the mandate of government.”

He further explained that “incidentally, after the offer of the office spaces to the NDC, the Director-General, Mrs Abike Dabiri-Erewa, had not visited the complex to take possession of any of the offices and also the commission had not started using any of these spaces as offices.

Concerning NIDCOM’s property, Mr. Nkemadu said that the properties were safely warehoused in some offices in the complex.

The Minister of communication Isa Pantami in a tweet said “THIS IS A FAT LIE FROM HER: The owner of the building @NgComCommission has faulted her lies on their social media platforms. The minister has never given that directives to any gunman. We need to be very objective in reporting. I have never sent any gunmen there, & I have no one.”

The commission issued a statement on Sunday in response to NCC’s statement. In the statement, NIDCOM restated that they were forcefully evicted from the annex.

“On the 9th of February, the staff were given one week by the Hon. Minister of Communications and Digital Economy, Dr Ali Pantami, to pack out but within 48 hours of the said quit notice, they were forcefully evicted by security operatives attached to the complex on the orders of the Minister on February 11,” it read.

The commission further said that the “allegation that NIDCOM did not move into the office when allocated, this is untrue, false accusation and contradictory to the statement of NCC to the effect that NIDCOM properties were warehoused and intact in the annex.”

A video showing the secretary of the commission addressing the staff after being locked out on February 11, was shared on NIDCOM’s official handle on Twitter.