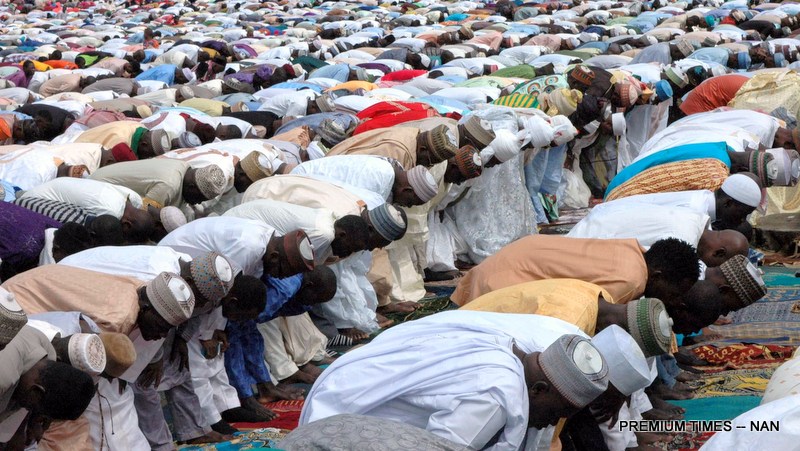 Despite a daily increase in cases of coronavirus in Nigeria, some state governors have been lifting the ban on public gathering, which they imposed at the outset of the pandemic to reduce the risk of transmission by physical contacts among people.

Due to the coming ‘Eid-ul-Fitri festival, many state governors have lifted the ban on social gatherings, with alarmed observers saying the development could draw back the fight against the pandemic in Nigeria.

As of Thursday night, the NCDC put the number of COVID-19 cases in the country at over 7,000. Some believe the figure would be much higher with more testing.

Even at that, various state authorities are showing signs of being overwhelmed by these figures.

Lagos, Nigeria’s epicentre of the disease with over 3,000 cases, said it plans to launch a home treatment policy as well as discharge “yet-to-recover patients.”

Kano has also told patients with mild symptoms to quarantine at home. Supervision of such patients has been almost nonexistent, residents say.

In his address at the COVID-19 task force briefing on Thursday, NCDC boss, Chikwe Ihekweazu, reiterated that COVID-19 is transmitted by droplets or contact with infected persons.

The susceptibility of people in large gatherings to these modes of transmission is high, experts say. This is why federal authorities and the global health agency, WHO, have advised that social and religious gatherings be discouraged.

Mr Ganduje’s spokesperson, Salihu Tanko, said the governor’s decision was based on “recommendations by 30 Islamic scholars in the state,” a statement countered by the Kano State Council of Ulamas.

In a state-wide broadcast in Jalingo by Deputy Governor Haruna Manu, Monday, the Taraba State government also announced the resumption of religious gatherings in the state.

Like Kano, Mr Manu also said the observance of physical distancing and other safety protocols must be strictly adhered to.

He also announced a slight ease on the restriction of movement and other activities in the state.

Taraba has 18 cases so far.

He said the directive would run for two weeks, after which, depending on the level of compliance, it would be reviewed.

On Wednesday, Bauchi State governor, Bala Mohammed, relaxed the restrictions on public places in the state, in view of the coming ‘Eid (post-Ramadan fast festival).

Mr Mohammed said his decision was informed by the recent “declaration by the WHO that the disease may not go soon and also the fact that other states in the north-east sub-region have lifted the ban.”

Mr Mohammed said his state has been able to flatten the COVID-19 curve.

While it is true that cases recorded in the state consistently remained in single digits this week, the state’s tally has nearly tripled in the last two weeks. As of May 7, Bauchi had 83 cases. By May 21, the figure had reached 228, the fifth highest in Nigeria.

NCDC Chief Ihekweazu, earlier in the week, also warned that fall in cases does not mean flattening of the curve. Flattening the curve, he said, means a consistent fall in cases over weeks and even months.

“The lockdown will be suspended indefinitely to study the situation for the time being, and where the situation escalates the government would revert its stance,” it said in a statement.

It added that public gathering must not exceed 20 people, yet “Jumma’at prayers and the five daily prayers shall be observed in all mosques, likewise churches should conduct services and all shall observe strict adherence with social distancing and the use of face mask.”

Ahead of the ‘Eid festival, Katsina State Governor Aminu Masari issued a lockdown relaxation order between Monday and Sunday May 24.

“The relaxation of the lockdown order is to be observed within local government areas (LGAs), while the ban on movements across LGAs remain in force,” his spokesperson, Mustapha Inuwa, said in a  statement Monday.

With 303 cases, Katsina has the fourth highest number of coronavirus cases in Nigeria. On Monday, it recorded 33 new ones, but none on Tuesday and Wednesday. However, on Thursday, it added 22 patients to its tally.

The chairman of the Christian Association of Nigeria (CAN), Kaduna State chapter, John Hayab, earlier in the week appealed to Governor Nasir El-Rufai to relax the lockdown in the state. The same appeal was made by the state’s Council of Imams and Ulamas.

Mr Hayab urged the governor to relax the lockdown on Fridays and Sundays as doing so on “those days would be used by adherents of both religions to achieve positive results.”

But a Kano-based medical practitioner, Maryam Shuaibu, warned that allowing religious gatherings at this period of uncertainty may lead to an increase in the number of COVID-18 cases.

“It may not be possible to maintain physical distancing in the worship centres,” she noted.

The Kaduna government has, for now, not relaxed the ban on large gatherings in the state.

Meanwhile, the Jama’atu Nasril Islam (JNI) has urged Nigerian Muslims to say their ‘Eid’ prayers at home with their families or alone as the case may be, thereby temporarily suspending congregational ‘Eid-el-Fitri’ prayer, which Muslims use to mark the end of the Ramadan fast.

The eid is usually observed on open grounds and attended by thousands of Muslims in each community. The JNI said congregational prayer increases the risk of contacting people who might have the virus, especially asymptomatic carriers.

“‘Eid-el-Fitr Prayer can be observed at home with family members or alone in case there isn’t anyone with him or her, at home,” the JNI said in a statement by its Secretary-General, Khalid Aliyu.

While these aforementioned state governments have chosen to open religious centres, some churches and mosques in Nigeria have begun to connect with their congregation via Facebook, YouTube, zoom, among other internet platforms.

“Coronavirus pandemic has come to change many things about how we live our lives,” a senior pastor of the Kingsway International Christian Centre, Mathew Ashimolowo, said in his online sermon on Thursday.

“Are you ready for the change?” he asked rhetorically.