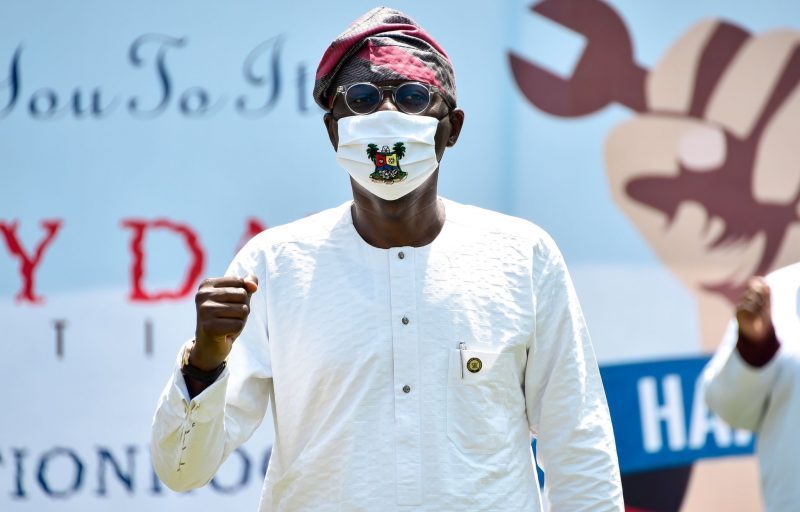 Coronavirus: Lagos begins discharge of patients with one negative test

The total recoveries from coronavirus infection in Lagos State rose to 662 on Thursday, following the discharge of 13 more patients from the state’s isolation centres.

The state’s Ministry of Health gave the update on its Twitter handle on Thursday, saying the patients tested negative to the infection.

This is the first set of patients to be discharged without two consecutive negative readings as noted in the ministry’s update.

“13 COVID-19 Lagos patients; 4 females & 9 males, all Nigerians have been discharged from our Onikan, Eti-Osa (LandMark), Lekki & LUTH Isolation facilities to reunite with the society.

“The patients; 1 from Onikan, 4 from Eti-Osa (LandMark), 3 from Lekki & 5 from LUTH Isolation Centres were discharged having fully recovered & tested negative to COVID-19.

“With this, the number of COVID19 cases successfully managed & discharged in Lagos State has risen to 662,” the Ministry wrote.

Discharged cases in Nigeria also rose 1,907 on Thursday, with confirmed cases shooting above 7,000.

The Director-General of the Nigerian Centre for Disease Control (NCDC), Chikwe Ihekweazu, said on Thursday that Nigeria will switch to only one negative testing for COVID-19 patients as against the two negative testings which was the former practice.

Mr Ihekweazu noted that this will aid the decongestion of isolation centres across the country which are already being overwhelmed by the number of confirmed cases.

“On our discharge criteria, we changed it from two tests – 24 to 48 hours apart to a single negative test,” he said. “The reason is that most of our cases that tested negative also tested negative for the second time. Of course, there will be some exceptions.”

“Given the pressure we have on bed spaces especially in Lagos, Kano, and the FCT, we made a pragmatic decision to move to one negative test sufficient to discharge people,” he said.

While reacting to the plan to discharge patients with one negative test, the Lagos State Commissioner for Health said at a press briefing the state will adopt the model.

“The practice of using one negative tests to discharge patients is something that we accept and we adopt.

“By the time you get one negative, there is a chance that a day or two later, you may become positive again because the virus has managed to escape your immune system and start secreting itself in very small quantity. And then maybe a week later you clear it finally.”

Mr Abayomi said with the practice of home-based care, discharging people with one negative test will be effective.

“When we discharge people, we still advise them to go home and isolate themselves for another seven days, because within the seven days, if you turn positive, you will clear it a day or two later,” Mr Abayomi said.

Coronavirus: Buhari to observe eid at home with family