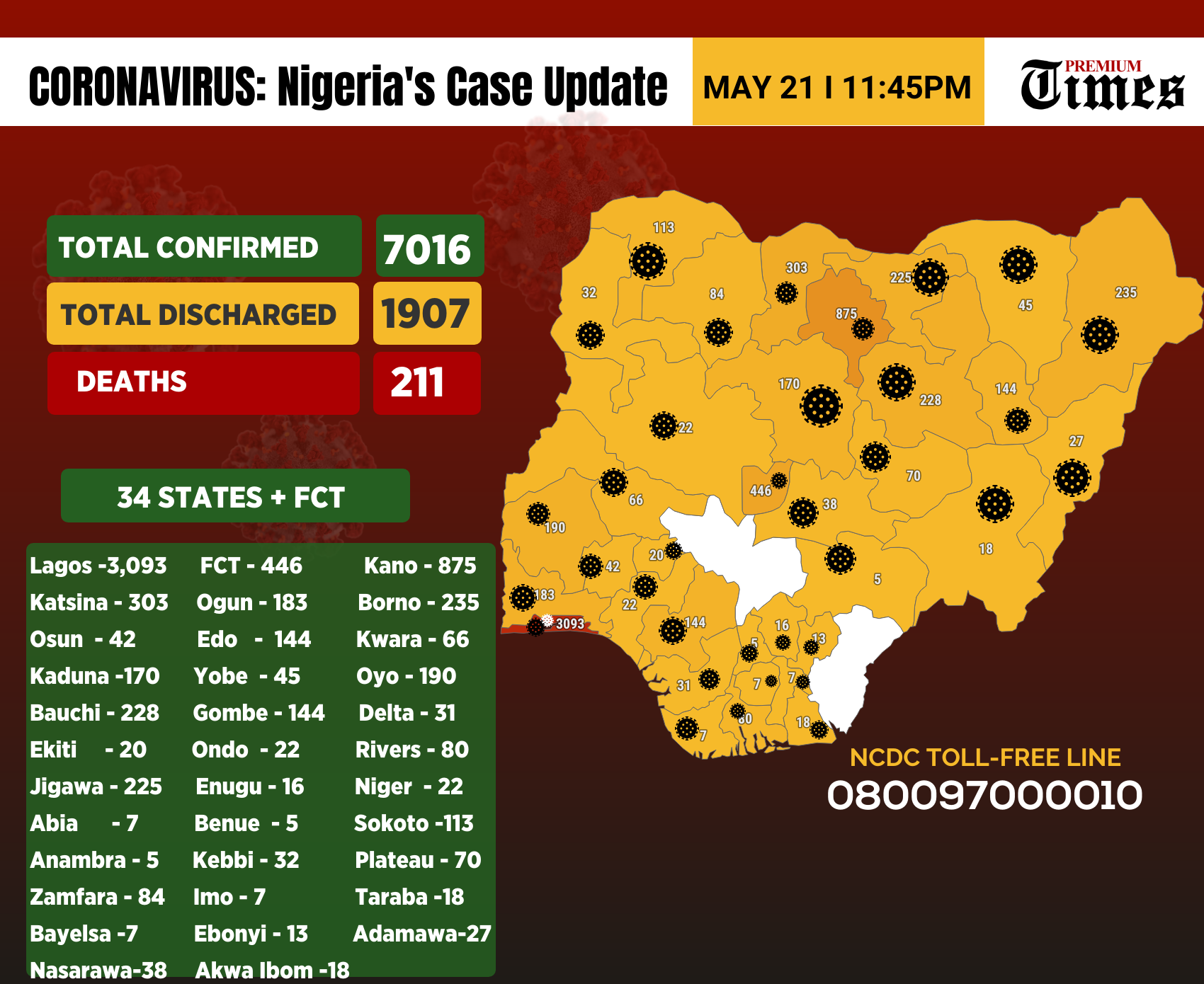 Nigeria’s tally of confirmed COVID-19 cases rose to 7,016 on Thursday, as 339 new infections were announced by the Nigeria Centre for Disease Control (NCDC).

Nine people were confirmed dead from the virus on Thursday.

Lagos recorded the highest daily figure of cases reported on Thursday, with 139.

NCDC said “on May 21, 339 new confirmed cases and nine deaths were recorded in Nigeria.

Nigeria has so far tested 40,043 persons since the beginning of the pandemic.

A breakdown of all the confirmed cases so far shows that 1, 907 have recovered and have been discharged, and 211 deaths have been reported.

There has been an increase in the number of cases reported across the states despite Nigeria’s low figure of people tested for the virus.

The Secretary to the Government of the Federation, Boss Mustapha, during the presidential taskforce briefing on Thursday, cautioned Nigerians about their movements as the Ramadan ends.

He said it is necessary to remind Nigerians of the objective of the eased lockdown which is primarily to save lives.

“It is also of utmost importance to remind our sub-national entities on the need to diligently implement the guidelines and to exercise caution in relaxing restrictions in a manner that is capable of setting back the gains already made,” he said.