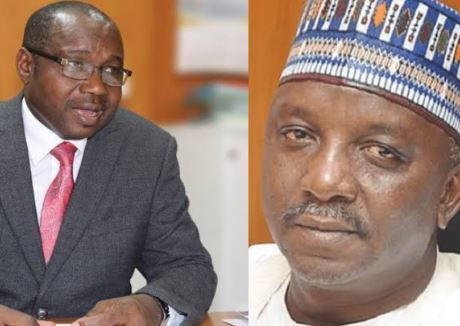 The Managing Director of the Transmission Company of Nigeria (TCN), Usman Mohammed, has been removed from office.

The spokesperson to the Minister, Aaron Artimas, said the removal of Mr Mohammed was “part of the continuing measures to reposition and improve the performance of the power sector in the country.”

“Accordingly, the Managing Director of the TCN, Usman Gur Mohammed, has been removed from office with immediate effect. He is being replaced with Engineer Sule Ahmed Abdulaziz, as Managing Director, in acting capacity.

“The Honourable Minister has also confirmed the appointment of four directors who have been on acting position in the company for some time.

“All the changes and appointments have been approved by President Muhammadu Buhari,” Mr Artimas said.

It was not clear if the removal of the Managing Director and the reorganisation of the top management had anything to do with a crisis that brewed in the of the transmission company last week following the retirement of a senior staff and the staff union leader.

Mr Okonkwo is also the president-general of the Senior Staff Association of Electricity and Allied Companies (SSAEAC), the umbrella body of all senior and management staff workers in the power sector.

The union leader was removed despite still having about four and a half years before his official exit from service.

The announcement of the controversial retirement triggered a crisis, which split the workers’ association along two support lines.

One of the groups based in the headquarters in Abuja, supported by the National Union of Electricity Employees, sided with the management of the now removed Mr Mohammed.

The others, supported by the TCN branches of the SSAEAC, were sympathetic to the embattled union leader, Chris Okonkwo.

The regional branch president of SSAEAC TCN Branch Abuja, Ibrahim Mohammed, said his members were ready to embark on a nationwide labour protest that could result in the disruption of electricity transmission in the country if the retirement was not reversed.

Mr Okonkwo told journalists in Abuja said his retirement was illegal as it did not follow due process. “The Managing Director does not a right to take such a decision against a deputy General Manager without the Board of the TCN,” Mr Okonkwo told PREMIUM TIMES.

“In the absence of a board, the Minister of Power is the only person who is given the power under the law to take such a drastic action after investigation,” he said.

Following the MD’s removal on Tuesday, Mr Okonkwo who had petitioned the minister, said the decision of the former MD to announce the retirement of a senior manager of TCN without the Minister’s knowledge “showed his incompetence.”

Coronavirus: What Chinese experts came to do in Nigeria – Minister