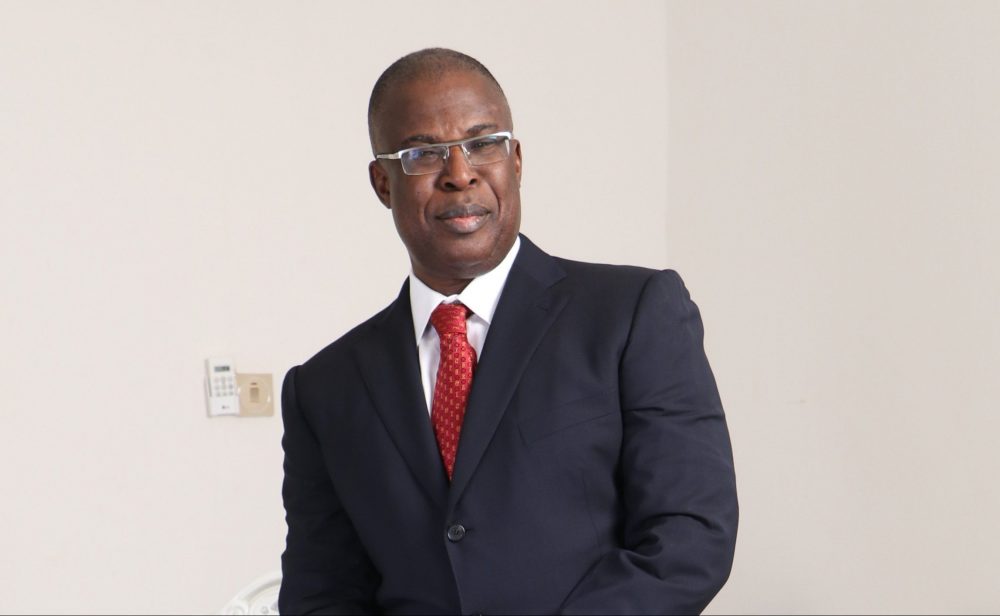 In this interview with Premium Times, the Minister State for Petroleum Resources, Timipreye Sylva, said in spite of the challenges posed by the COVID-19 pandemic, the ministry has done well in delivering its core mandates. Excerpts:

PT: What’s the impact of COVID-19 on the industry?

SYLVA: COVID 19 pandemic is devastating indeed, both medically and economically. For the oil industry, we are more concerned with the economic devastation. Although we also lend a hand medically, our main focus is on the economic side.

COVID 19 has brought the world economy to its knees, and the Nigerian economy is currently lying flat on its stomach. But, we are determined to prevail.

At my inauguration in August 2019, our ministry was given eight mandate areas – to curb crude oil theft and products smuggling; completion of the gas flares commercialisation programme; increasing crude oil production to three million barrels per day; reducing the cost of crude oil production by five per cent; passage of the PIB; promotion of inland basin and deep-water exploration; collaborating with the private sector to increase domestic refining capacity, and creating jobs and opportunities.

PT: So, how is the ministry faring in the various areas?

SYLVA: On curbing crude oil theft and products smuggling across our borders, we have done a lot. The NNPC (Nigerian National Petroleum Corporation) launched “Project White” which, within a very short time, brought down the country’s daily petrol consumption from over 62 million litres to 52 million litres per day.

Today, I can say that losses are not from the oil terminals any more. All the crude oil thefts recorded are before the crude oil arrives at the terminals, especially the land based terminals.

So, from the pipeline system, which are crisscrossing a lot of mangroves and forests, that is where the losses are recorded.

We have been able to eliminate completely losses from the terminals. So, the 60 to 100,000 barrels that we lose sometimes are usually from the pipeline system.

What we discovered was that when barging permits were given to companies to barge their crude oil, instead of through the pipelines, we realised that no losses were recorded.

But, barging is much more expensive and has its own problems. There are too many layers involved. So, it is not sustainable.

On the 19th of March, we completely deregulated the petroleum products supply system. We took out subsidies, even on PMS (premium motor spirit). But, I see some kind of paradox here.

We started by stopping products smuggling across our borders. But, with deregulation and removal of subsidy, I foresee a situation where we might be encouraging the development of markets even outside our borders. Now, NNPC is no longer bearing the burden of subsidy payment.

On the completion of the gas flares commercialisation programme, this is progressing steadily. The bidders’ conference was held and 200 companies were pre-qualified to participate in the commercial bid. The response was very encouraging.

So far, the government has released about 45 gas sites. These companies were expected to visit the sites for assessment. But, again with COVID-19, the companies have not been able to inspect the sites.

I believe as soon as the lockdown is eased off, we will progress very fast with that process. Some companies were supposed to have taken final investment decisions on their projects in June. But, because of COVID-19, they were not able to travel to Nigeria.

We are still waiting for them between now and June, when we expect everything will relax, and they will be able to come. Then, we might be able to begin to see some FIDs taken by some investors under the gas flares commercialisation project.

However, on gas, the flagship project in the sector is the Nigeria LNG Train 7. Few days ago, shareholders released the EPC (engineering, procurement contracts) and the FID taken to show that Train 7 has taken off completely. This is something everyone is proud of.

On the CNG (compressed natural gas) and LPG (liquefied petroleum gas) penetration programme, what the government is trying to do is to get Nigerians to use CNG and LPG (otherwise called cooking gas) more.

In Nigeria, LPG is used most in the cities. In the rural areas, gas usage is almost absent. What the government is trying to do with this programme is to encourage the penetration, so that villages and rural areas will begin to use gas as well. That will safeguard our forest resources and our environment.

We are going to create a lot of jobs by making access to LPG cheaper. Today, people cannot really use gas, or why the penetration is low, because the initial capital outlay to using gas was quite high to the ordinary man, who had to invest in buying a gas cylinder, and each time the gas finishes, they will have to refill a full bottle.

PT: Nigeria has one of the highest costs of crude oil production. What is the mjnistry doing about it?

SYLVA: This is a big problem for the industry, because it is not sustainable to have a situation where our average cost per barrel is around $30 per barrel. COVID 19 has taught everybody that we cannot continue like this.

NNPC is doing very well in this regard. They are looking deeper into the budgets of operating companies. Before now, NAPIMS (National Petroleum Investment Management Services) had completely abdicated its responsibility of auditing the cost of production with the joint venture companies and became the contracting agency. But, under the current leadership of the GMD (Group Managing Director), NAPIMS is now deeply more to its responsibility. And we are beginning to see a lot more compliance in the area of auditing of the accounts of the JVCs.

But, now our regulatory agencies and bodies are living up to their billing by shortening approvals and contracting cycles as a result bringing down the cost of projects. We will begin to see soon a reduction in the cost per barrel. NCDMB (Nigerian Content Development Monitoring Board), NNPC, DPR are involved very largely in this.

PT: So, what is the update on the PIB?

SYLVA: On the passage of the PIB, I am happy to report that we are almost ready. The general structure of the Bill is ready. What remains is for the Bill to be discussed with the Minister, who is the President, and presented to the Executive Council of the Federation. It is largely work in progress. Things can still change after the discussions with the President and FEC.

The PIB is broken into four broad parts – the part dealing with governance, administration, host community development and interpretations.

The PIFB deals with the fiscal framework. We believe that when this Bill is passed, Nigeria will be one of the most attractive investment destinations in the oil industry in the world.

Our other mandate is to increase crude oil production to three million barrels per day. Apart from the usual OPEC (Organization of Petroleum Exporting Countries) constraint, which membership compels us to abide by whatever cuts have been agreed by members, the current COVID-19 crisis has not done the county very well these past few months.

COVID-19 wiped out demand for oil, forcing crude oil prices down so badly. The only way OPEC can react to it was to agree on very unprecedented cuts, which has affected the country’s ability to ramp up its oil production.

But, we still have our eyes on the future. COVID-19 is not going to be with us forever. In many countries already the curve is flattening. In others it’s already coming down.

So, the country is planning for the future. We have our eyes fixed, for instance, on the Bonga South-West Project, which is going to add a significant number of barrels to our production.

We are also embarking on the marginal field programme, which we expect will add significant number of barrels to the country’s production

We are also pursuing the PIB. After the passage of the PIB, we will have a major bid round, which is also expected to bring major additions to the country’s production.

The general overview of the PIB is that before it is taken to the National Assembly, we hope to have a targeted discussion with the media to give a clearer understanding with its details.

PT: How is the inland and deep-water basin exploration programme coming along?

SYLVA: For the first time in Nigeria’s history, a commercial discovery in the country’s inland basin has been announced in Bauchi and Gombe states.

With the PIFB, there will be a lot more investment in the deep offshore hopefully. As I said earlier, work is at an advanced stage on Bonga South-West.

On collaboration with the private sector to increase domestic refining, work is ongoing in the Dangote Refinery, although some suppliers recently declared force majeure because of COVID 19.

Also, there are a lot of modular refineries the government is working with. We believe that soon a lot of them will come on stream.

Work is on Port Harcourt Refinery would have started by now if not for COVID 19. It underscores government’s commitment to developing local refining capacity.

Conversion of cars and CNG, apart from additional pumps at the filling station, which will require more hands, will be additional jobs created.

The conversion cost is quite small. With N100,000, you can convert your car to biofuel. That means your car can run either on CNG (gas), or petrol.

NNPC and a few other marketers have also agreed to install CNG pumps in their filling stations across the country.

Going forward, if the consumer finds the price of petrol to be expensive due to the removal of subsidy, he has an alternative. If he wants to continue driving on petrol, that’s his choice.

We are doing very well on the gas flares commercialisation programme. With the Nigeria LNG, a lot of flares are already taken out.

With the coming of the CNG and the LPG penetration, a lot more will be taken down. With gas flare commercialisation going on, by the time we finish, we will not be seeing any flares again in the next few years.