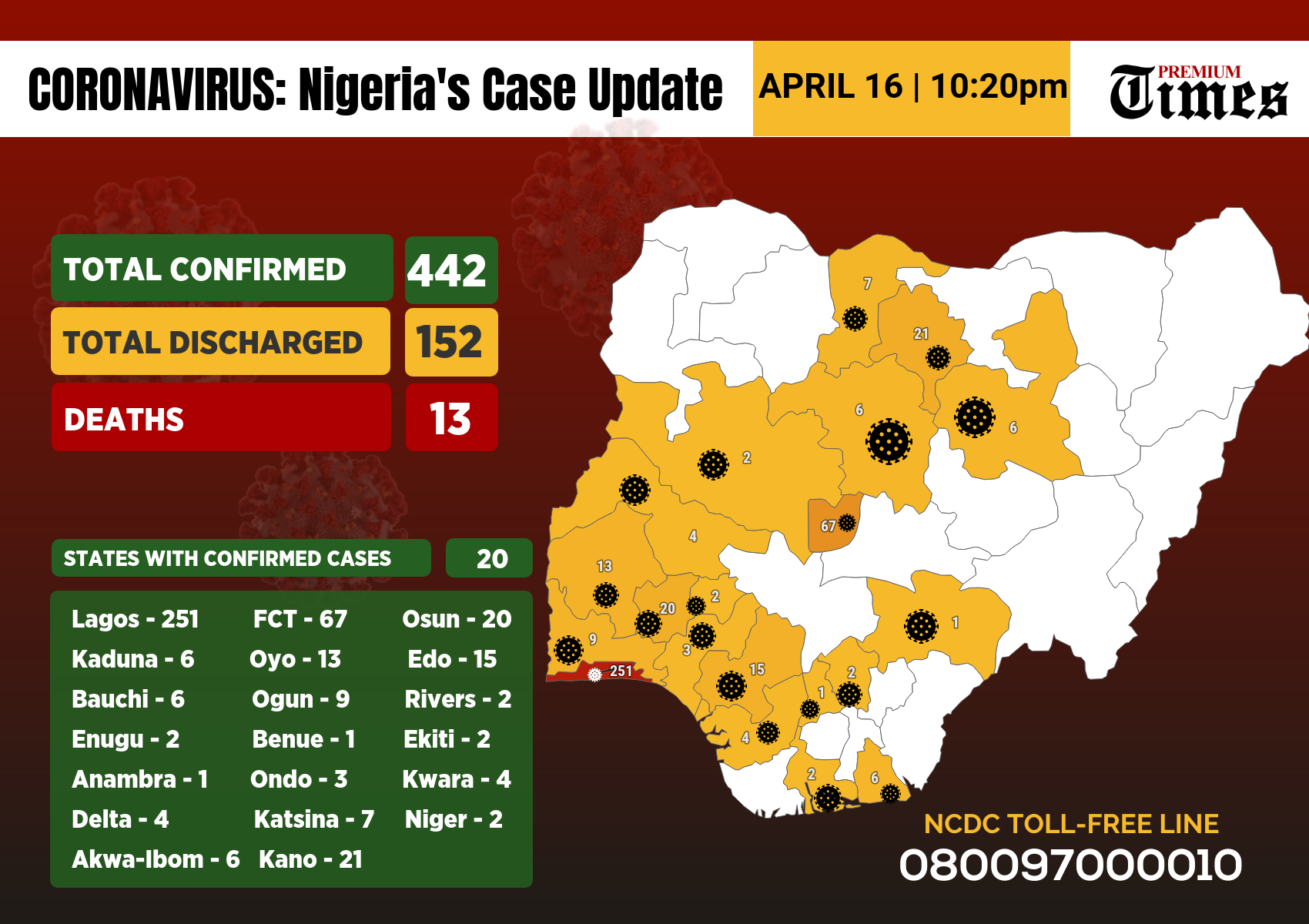 Nigeria on Thursday confirmed 35 new cases of coronavirus. This brings the total number of cases in the country to 442.

The Nigeria Centre for Disease Control (NCDC) in a tweet said the new cases were reported in three states – Lagos, Kano and Oyo – and the Federal Capital Territory (FCT).

The breakdown of the new cases showed that Lagos has 19 cases, followed by FCT with 9, Kano – 5, and Oyo, 2 cases.

Lagos remains the epicentre for the outbreak in Nigeria, while confirmed cases in Kano have been on the rise since the first confirmed case was announced on Sunday in the city.

As of the time of reporting, 19 states and the FCT have confirmed at least a case of the virus in Nigeria.

Meanwhile, Nigerians have been advised to expect a rise in the number of infections as the government intensifies contact tracing and testing to identify those who may have been exposed to the virus.

The Minister of Health, Osagie Ehanire, has also warned that the government will sanction private hospitals in Nigeria who are treating COVID-19 patients without permission.

Coronavirus Response: Why Cuba is such an interesting case