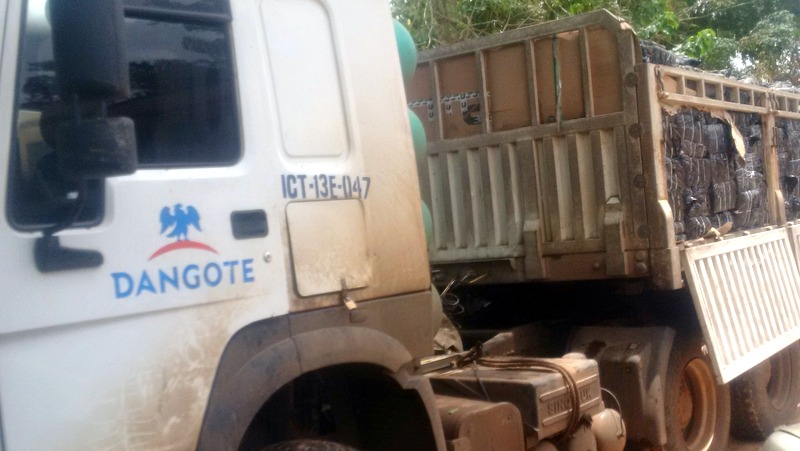 Amidst lockdown, truck crushes six to death in Lagos

An unregistered Dangote Cement truck has crushed six people in a taxi to death, an official has said.

The taxi and the truck were operating despite a lockdown imposed on Lagos by the federal government to prevent the spread of COVID-19.

Femi Oke-Osanyintolu, the Director General of LASEMA, told PREMIUM TIMES that the accident happened at 7 p.m. on Tuesday

“Investigations revealed that a total of 7 people were in the crushed car with 6 of them having lost their lives on or shortly after impact while efforts are ongoing by the response team to extricate the single adult man who is alive but remains trapped beneath the silo truck.”

Mr Oke-Osanyintolu added that the LASEMA heavy duty equipment was deployed to extricate the single adult man “Lekan” who survived the accident.

The remains of the other six passengers have been transported to the morgue, he said.

“This is a challenging time for the state and even the responders and Lagos is a challenged city, why is it difficult for people to keep to a simple directive? We are appealing that everyone keeps to the simple rule,” Mr Oke-Osanyintolu said of the stay at home directive.

He said such a small vehicle having more than the required number of passengers also increased the fatality.

He enjoined Lagos residents to support the government by obeying the directives given.

Coronavirus: How countries should manage border restrictions – WHO, others