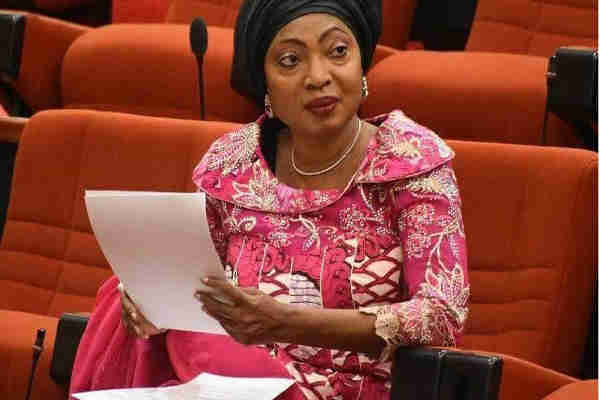 She died on Monday night at a UK medical facility where she went for treatment, an associate said.

The associate confirmed her death on Tuesday. He however, did not want his name mentioned because he is not authorised to make the announcement.

He noted that the late lawmaker, who has been away for over four weeks, was battling with high blood pressure.

This is even as he described as death as shocking because she was said to be “getting better.”

Vanguard newspaper also quoted a close relative of the senator, Patrick Okoroji, as confirming the death.

Another senator, Ibrahim Mabai from Yobe, also confirmed the death to PREMIUM TIMES.

When contacted, the Senate spokesperson, Godiya Akwashiki, said he could not comment on it until there is a directive by the Senate President, Ahmad Lawan.

The late lawmaker was a second-term member of the Senate and the serving chairman, Senate Committee on Trade and Investment.

She was elected into office as the first female representative from her constituency in June 2011 and sat as Deputy Chairman House Committee on Education.

Until her death, Mrs Oko, 63, represented Cross River North Senatorial District under the platform of the Peoples Democratic Party.

Eight tips to educate your child on coronavirus – UNICEF