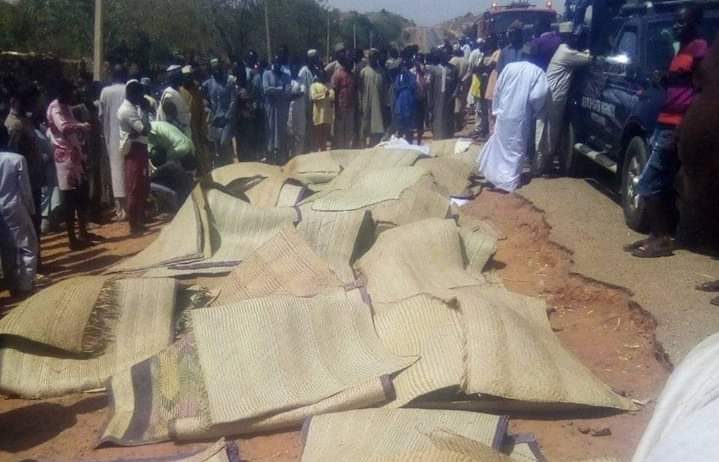 The Jijawa police spokesperson, Audu Jinjiri, in a statement, said the accident occurred after a tyre burst.

According to the police, a Toyota bus with registration number YD183 HJA was conveying the passengers from Jahun LGA to Shuwarin Market in Kiyawa local government before the incident happened.

The police identified the driver as Ayuba, 36, of Afasha village Jahun LGA.

”The driver lost control and hit a house, as a result, the vehicle caught fire and all the passengers and the driver got burnt beyond recognition,” the police said.

Mr Jinjiri added that the 18 males and five females were given mass burial at the scene.

”The doctor certified the bodies dead and the case is under investigation,” the police said in the statement.

Meanwhile, the state governor, Muhammad Badaru, reportedly ‘witnessed’ the accident on his way to Gumel LGA.

The governor reportedly instructed the Gumel local council chairman to identify the relatives of the deceased and assist them, Auwal Sankara, the new media aide to the governor told Channels Television.