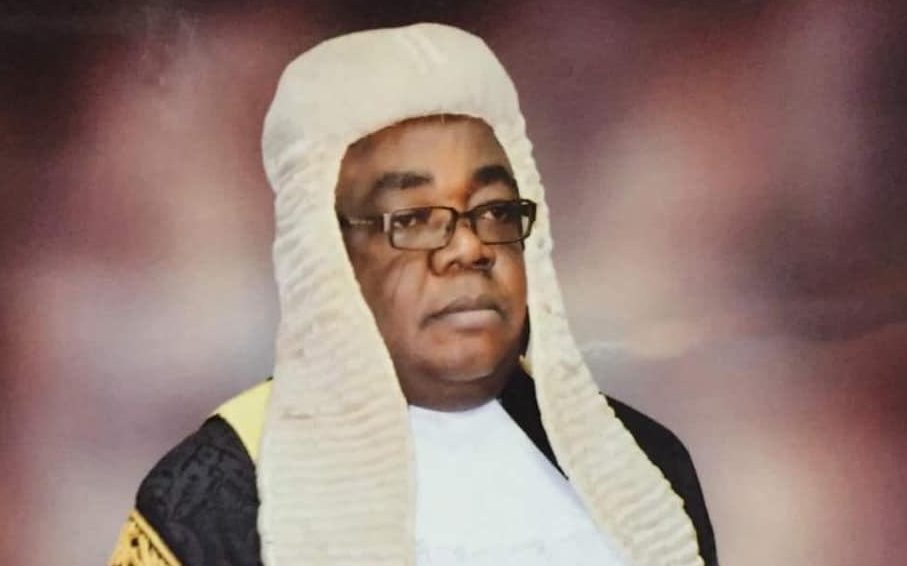 The decision of Nigeria’s Supreme Court on the Imo governorship election is wrong and “will continue to haunt our (Nigeria’s) electoral jurisprudence for a long time to come,” one of the judges of the apex court said on Tuesday.

Centus Nweze, who disagreed with the majority ruling of his six colleagues, said this in his minority judgment.

Mr Nweze, on Tuesday, gave a dissenting judgment in the application filed by Emeka Ihedioha of the Peoples Democratic Party (PDP).

Mr Ihedioha had asked the apex court to set aside its judgment on Imo governorship that declared Hope Uzodinma of the All Progressives Congress (APC) governor of Imo State.

The former governor was earlier declared the winner of the election by the Independent National Electoral Commission (INEC).

He and the PDP approached the court after the apex court on January 14 nullified his victory and declared Mr Uzodinma as the winner of the election.

His grounds for appealing the Supreme Court’s decision included the claim that Mr Uzodinma deceived the Supreme Court with his self-tabulated results from 388 polling units, and that based on the results accepted by the Supreme Court, the number of voters in the Imo governorship election outnumber the accredited voters for the election, a situation that would ordinarily invalidate an election.

On Tuesday, the apex court dismissed Mr Ihedioha’s application asking it to reverse its earlier decision.

The court, led by the Chief Justice of Nigeria (CJN), Tanko Mohammed, held that it lacked powers to sit on appeal in its own judgment delivered on merit and in accordance with dictates of the law and justice.

In dismissing the application, the justices with the majority judgment include the CJN, Olukayode Ariwoola, Sylvester Ngwuta, Kudirat Kekere-Ekun, Amina Augie and Uwani Abba-Aji.

But in his dissenting judgment, Justice Nweze held that a judgment or order can be set aside on merit. He said the apex court has the power to overrule itself and has done so in the past.

Mr Nweze was not part of the original seven-member panel that nullified Mr Ihedioha’s election on January 14.

He was added to the panel in place of Amiru Sanusi, who retired from the apex court in January.

In giving his dissenting judgment on Tuesday, Mr Nweze nullified the declaration of Mr Uzodinma as governor on account of the wrong declaration.

He held that Mr Uzodinma mischievously misled the court into unjust conclusion with the unverified votes credited to himself in the disputed 388 polling units.

“In my intimate reading of the January 14 judgment, the meat and substance of Ihedioha’s matter were lost to time frame. This court once set aside its own earlier judgment and therefore cannot use the time frame to extinguish the right of any person.

“This court has powers to overrule itself and can revisit any decision not in accordance with justice,” he said.

According to Mr Nweze, “The decision of the Supreme Court in the instant matter will continue to haunt our electoral jurisprudence for a long time to come.”

He added that without evidence of meeting other constitutional provisions, the court misled itself into declaring Mr Uzodinma as governor.

The judge said that Mr Uzodinma and his party misled the court to accept the allegedly excluded results in 388 polling units without indicating the votes polled by other political parties.

He also faulted the results from the said polling units without indicating the number of accredited voters in the polling units.

He said such results could not be valid without indicating the number of accredited voters.

“This court has a duty of redeeming its image, it is against this background that the finality of the court cannot extinguish the right of any person.

“I am of the view that this application should succeed. I hereby make an order repealing the decision of this court made on January 14 and that the certificate of return issued to the appellant returned to INEC.

“I also make an order restoring the respondents as the winner of the March 9, 2019 governorship election,” Mr Nweze said in his minority ruling which was, however, overruled by the majority decision.