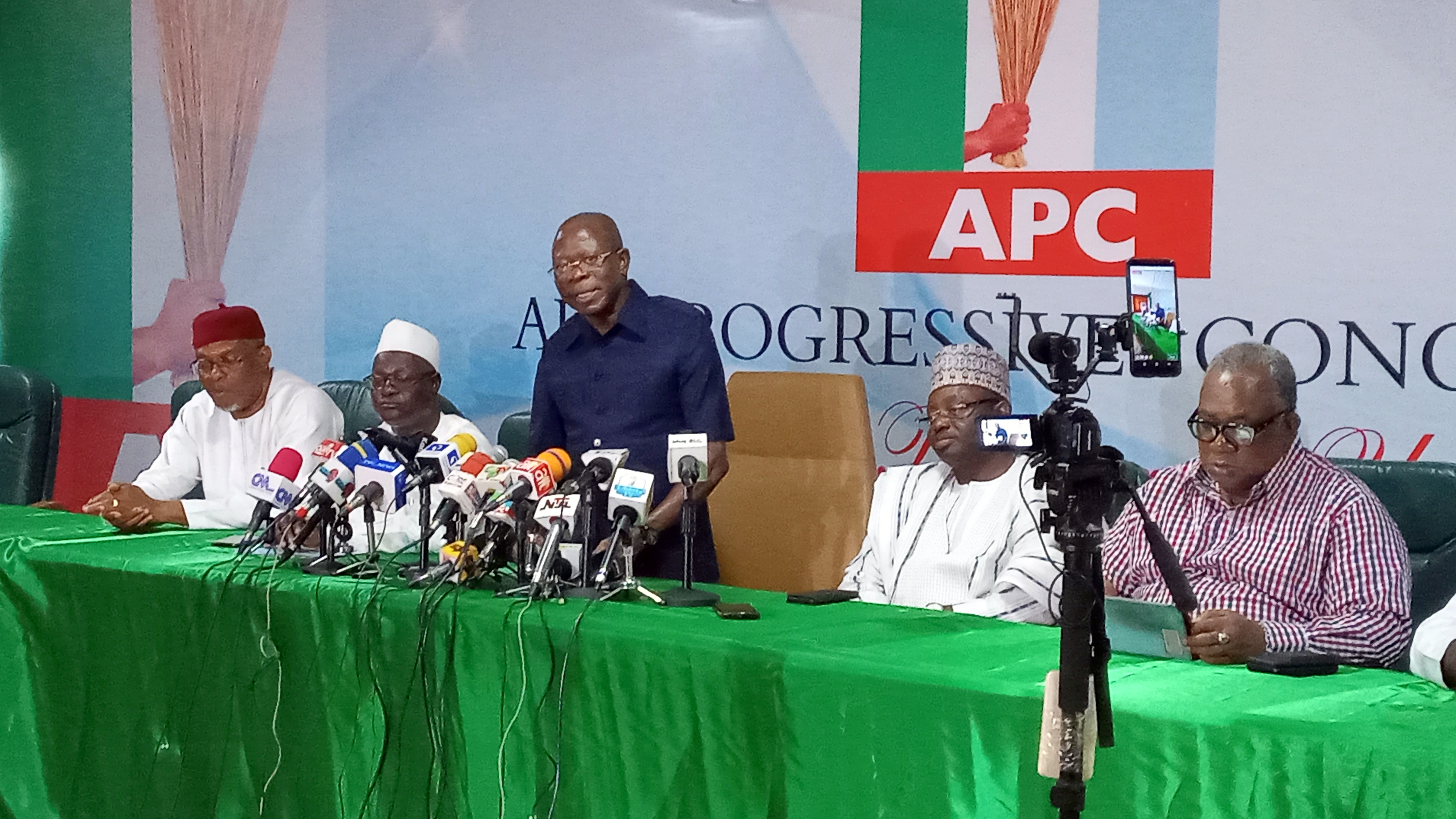 The All Progressives Congress (APC), said it deserves the victory handed it by the Supreme Court in the Imo State governorship election.

Many Nigerians expressed surprise after the apex court in Abuja on Tuesday sacked the People’s Democratic Party (PDP) governor in Imo State, Emeka Ihedioha, and declared the APC candidate, Hope Uzodinma, as the winner of March 9 governorship election in the state.

According to the judgement, Mr Uzodinma’s victory was upheld on the ground that Independent National Electoral Commission’s (INEC) exclusion of 388 poling units (PUs) results at the point of final collation was ‘unlawful.’

Meanwhile, the APC candidate came fourth at the March 9, 2019, governorship poll, but with the dismissal of the Action Alliance (AA) candidate’s appeal, Uche Nwosu, who came second, and the addition of the initially excluded results, Mr Uzodinma was declared the lawful winner.

However, the PDP, in its reaction has vehemently criticised the verdict and described it as another jab at democracy and the rule of law.

“The judgment of the Supreme Court voiding the lawful election of Hon. Emeka Ihedioha (who scored 276,404 votes) and awarding fictitious votes to declare Hope Uzodimma of the APC, who scored 96,458 votes as governor of Imo State, is highly irrational, unfounded, a provocative product of executive manipulation and a recipe for crisis, which should not be allowed to stand.

“With the verdict, the Supreme Court executed a coup against the PDP and the people of Imo State as well as other Nigerians, and such must not be allowed to have a place in our democracy,” the PDP National Chairman, Uche Secondus, said.

He called for the resignation of the Chief Justice of Nigeria, Tanko Muhammad, who was a member of the seven-member panel of the apex court that gave the ruling.

We deserve the verdict

At a press conference held at the ruling party’s National Secretariat on Friday, the National Chairman, Adams Oshiomhole, argued that the APC deserves the judgement based on the ‘facts’ available to the court and the electoral commission, INEC.

He accused the PDP of recklessness and attempt to stir violence among Nigerians since the court decision.

“PDP is not only reckless, they believe it is their birthright to benefit from electoral fraud. Courts are bound to interpret laws according to the constitution. No court has the power to bend the 1999 constitution of Nigeria as amended,” Mr Oshiomhole said.

He described the INEC declaration of Mr Ihedioha as governor of Imo State as fraudulent since the sacked governor never met the required one-quarter vote in two-thirds of the 27 local government areas of Imo State.

“As far as we know, Imo has 27 local government, and Emeka Ihedioha scored two-thirds of the votes in 12 LGs. Two-third of 27 is eighteen. So you have a huge deficit of six LGAs which Ihedioha or anybody else must necessarily have to be declared a winner of a governorship election,” the APC chairman explained as he condemned the state’s Returning Officer, Francis Otunta, for “unlawfully declaring Emeka Ihedioha as governor of Imo State.”

He said the added 388 PUs votes by the apex court were cast at Mr Uzodinma’s senatorial district, Orlu (Imo West), where he was twice elected as senator.

“You are at liberty to ask for those documents, they are not classified. Every political party has the right to inspect election materials but neither did Emeka Ihedioha’s lawyer nor PDP’s lawyer questioned the validity of the votes that were cast in this 388 PUs because they were duly signed not only by APC agents, but by the polling units’ presiding officers as required by the law, as well as other political parties, including the PDP.

“However, because PDP has a reputation for manipulating system, to our shock, the lower court conveniently overlooked these 388 units and proceeded to deal with other units. They made no comments, nobody nullified those units,” Mr Oshiomhole further argued.

He alleged that the PDP had also connived with INEC and the judiciary, while it was in power, to circumvent electoral processes and judgements during and after the 2003 and 2007 elections in the country. He, however, did not say if the APC administration, which came to power in 2015, was exhibiting the same traits.

The ruling party chairman cautioned the PDP against the use of inciting words. He urged the party to embrace defeat as the APC did when the court sacked its elected members in Sokoto, Zamfara and other places, and prevented the party from contesting in the last Rivers State governorship election.

“The downfall of a man is not the end of his life. That is why, with all the pain in our hearts, we accepted Zamfara, we accepted Rivers,” Mr Oshiomhole said.

I was almost killed for defending Oshiomhole – Edo deputy governor