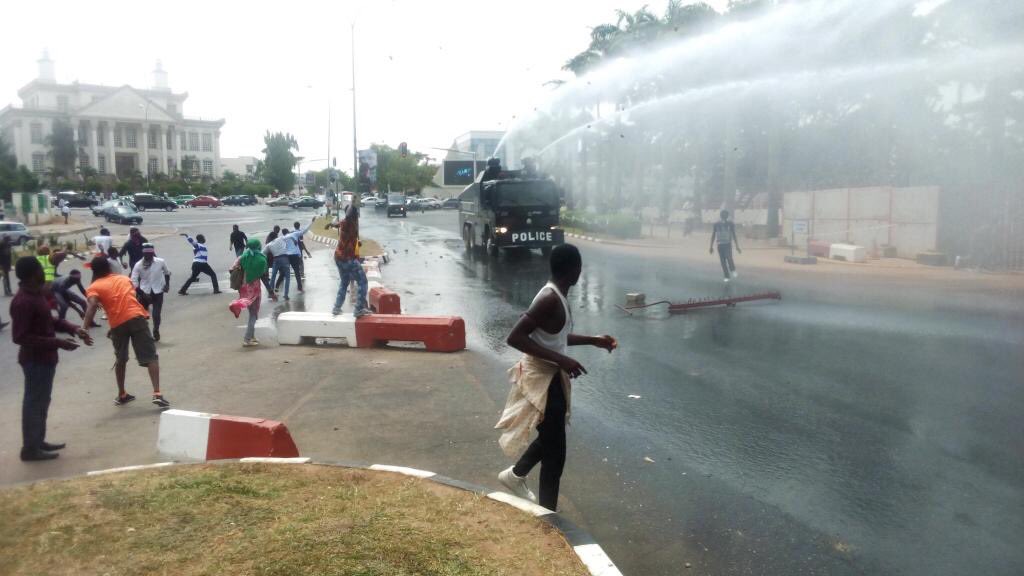 The prosecutor of the International Criminal Court (ICC), Fatou Bensouda, has expressed concerns over alleged attempts to tamper or destroy evidence concerning the December 2015 massacre of members of the Islamic Movement in Nigeria (IMN).

No names of those behind the alleged evidence tampering were given, but top Nigerian military and political leaders were among those reported to the ICC over the mass killings.

The 2015 killings and subsequent attack on IMN members across the country is one of the cases being probed by the international court, in Nigeria.

A commission of inquiry empaneled by the Kaduna State Government established that 347 civilians were killed in the course of a three-day standoff in the city of Zaria.

Victims were later buried in a mass grave along Birnin Gwari forest.

However, in its 2019 end of the year assessment report, the office of the ICC prosecutor said it was alarmed by allegations of tampering with evidence.

The ICC has identified three potential violations for which charges could be pressed against the Nigerian security forces, as exclusively reported by PREMIUM TIMES on Monday.

It also enumerated seven possible crimes for which Boko Haram is culpable.

The IMN killings is another case the court is investigating outside of the war in the North East.

“Other allegations that the Office has been reviewing include allegations with respect to the conduct of the NSF against members of the Indigenous People of Biafra and communal violence in Nigeria’s North Central and North East geographical zones,” the report said.

The IMN issue was among subject matters being interrogated for jurisdictional assessment.

But the prosecutor’s office said it noted “with deep concern allegations of ongoing evidence tampering and of the alleged destruction of evidence”.

It also expressed concern that Nigerian authorities have not taken adequate judicial action against persons indicted for serious crimes.

In the 10 tentative crimes identified against Nigerian forces and Boko Haram, the office said Nigerian government has not done enough in prosecuting the crimes.

“The information available suggests while some investigation and/or prosecutorial steps have been or are being taken by the authorities to ascertain the criminal responsibility of suspected Boko Haram members, these appear limited in scope and depth.

Recalling assurances given by Vice President Yemi Osinbajo during a visit by ICC Prosecutor, Fatou Bensouda, in October 2019, the ICC officials say the government’s words do not match so much with its action.

“To date, the repeated commitment of the Nigerian authorities to provide the Office with relevant information in this respect has not materialised,” the report said.

The prosecutor noted that it does not appear that the authorities are investigating and/or prosecuting cases concerning substantially the same conduct or cases the ICC identified.

The ICC prosecutor said the Nigerian authorities are constrained in many respects in their ability to combat criminal activities.

The constraints identified include “absence of legislative provisions addressing certain categories of conduct; the persistence of the armed conflict; inadequate investigation files; an over-reliance on confession-based evidence and lack of forensic evidence.”

Other challenges were “limited cooperation between investigators and prosecutor at pre-investigation stages; logistical difficulties, inadequate security for counsels, and the challenges of converting military intelligence to admissible evidence.”

The ICC said it hoped to engage Nigerian authorities more this year to take more actions beyond the current ones that the ICC described as “limited both in their scope and depth”.

“During 2020, the Office will continue to urge the Nigerian authorities to tangibly demonstrate that they are indeed fulfilling their primary responsibility to investigate and prosecute ICC crimes, in the absence of which the Office will need to come to its own determination with respect to the admissibility of the potential cases it has identified and on whether the requirements of article 15 have been met.”