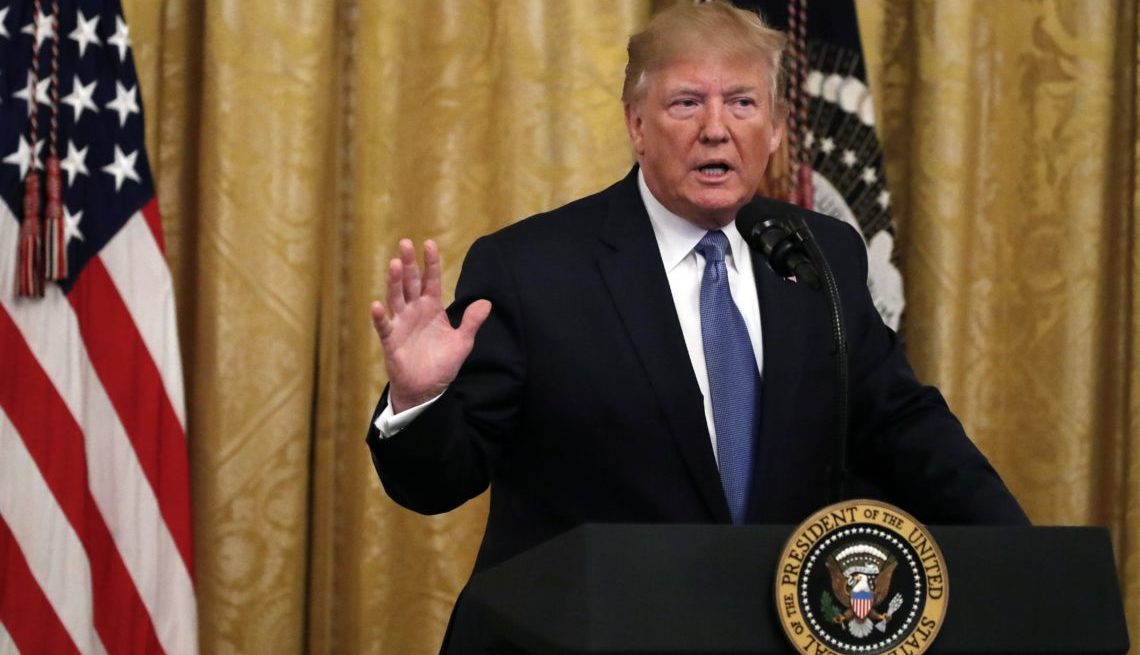 President Donald Trump is set to address Americans on his next steps following a retaliatory attack by Iran on American interests.

No American or Iraqi soldiers are believed to have been killed in the attacks amidst reports that the Iraqis were warned by the Iranians beforehand.

The attacks were in retaliation for the assassination of top Iranian general, Qasem Soleimani, by the U.S.

After the attacks, Iranian foreign minister Mohammad Javad Zarif tweeted in the early hours of Wednesday morning that Iran did not “seek escalation or war.”

“Iran took & concluded proportionate measures in self-defense under Article 51 of UN Charter targeting base from which cowardly armed attack against our citizens & senior officials were launched,” he wrote.

In his first reaction after the attack, Mr Trump tweeted: “All is well! Missiles launched from Iran at two military bases located in Iraq. Assessment of casualties & damages taking place now. So far, so good! We have the most powerful and well equipped military anywhere in the world, by far! I will be making a statement tomorrow morning.”

The American president is now expected to speak on his next line of action.

Many world leaders have called for calm and a de-escalation of the violence.

Vice President Pence and other top U.S. officials have arrived for the briefing.

As long as I’m president, Iran will never be allowed to have nuclear weapon.

We suffered no casualties, only minimal damage to facilities.

No American or Iraqi lives were lost.

Iran has been the leading sponsor of terrorism. Their pursuit of nuclear weapons threatens civilised world.

As the head of the Quds force, Soleimani was responsible for some of the worst atrocities.

In recent days, he was planning new attacks on American targets, but we stopped him.

The U.S. will immediately impose additional economic sanctions on Iran.

Iran must abandon its nuclear ambitions and end support for terrorists.

We must all work together towards making a (new) deal with Iran.

Today, I am going to ask NATO to become much more involved in the Middle East process.

We do not need middle east oil. We are now largest oil and gas producer in the world.

We killed the savage leader of ISIS, Al-Baghdadi

We should work together (with Iran) on this (defeat ISIS) and other priorities.

INTERVIEW: My expectations for Nollywood this decade – Segun Arinze