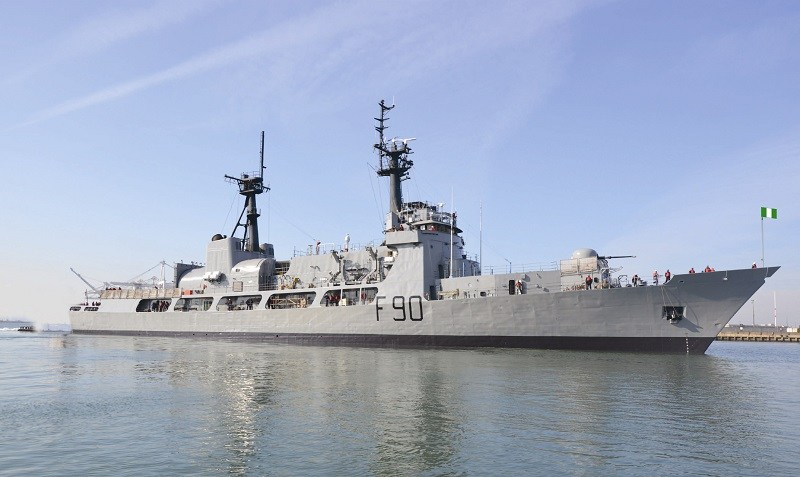 Four Naval ratings, who were part of a six-man Naval rescue squad, were killed in a gun duel between them and suspected sea pirates, PREMIUM TIMES has learnt.

The firefight occurred at about 11 p.m. on Thursday, January 2, a top Naval source said. The source asked not to be named as he was not permitted to talk to journalists.

The sea robbers were said to have attacked one of Nigeria’s dredgers, MV AMBIKA, a Sterling Oil dredger close to Ramos River entrance, before the six-man troop of the Nigerian Navy were sent to neutralise their threat.

Before the team arrived, the source said, the suspected sea robbers had “boarded the vessel and abducted three crew members (two Russians and one Indian), leaving behind five other crew members.”

Upon the arrival of the rescue team at the scene of the incident, a gun duel ensued between the armed ratings onboard the vessel and the sea robbers.

Four of the six Naval ratings deployed onboard the vessel were killed. The vessel was also reportedly stolen by the pirates.

PREMIUM TIMES has withheld the identities of the victims to allow the military enough time to notify their relatives.

But the ranks of the four deceased are Petty Officer, Able Seaman, Seaman and an Ordinary Seaman. The other two personnel survived unhurt, the source explained.

The corpses of the deceased are believed to have been moved to the navy hospital in Warri.

“Efforts are ongoing to rescue the kidnapped victims,” our source said.

A spokesperson for the Nigerian Navy, Suleman Dahun, said he is not aware of the attack.

“I’ll confirm and get back to you tomorrow,” he said on Sunday.