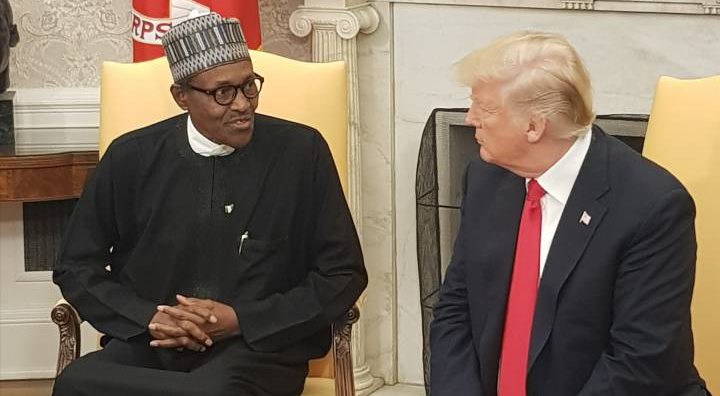 The Nigerian government has described as false the country’s description by the U.S. as one that either perpetrates or tolerates ” severe violations of religious freedom.”

The Nigerian government stated this in a statement by the information minister, Lai Mohammed, sent to this newspaper by Mr Mohammed’s aide.

PREMIUM TIMES reported how the U.S. placed Nigeria in the same category as Russia, Cuba and Uzbekistan for its attitude to religious freedom.

The inclusion of Nigeria in the religion violations list was announced by the U.S. Secretary of State, Mike Pompeo.

“On December 18, 2019, the Department of State re-designated Burma, China, Eritrea, Iran, North Korea, Pakistan, Saudi Arabia, Tajikistan, and Turkmenistan as Countries of Particular Concern under the International Religious Freedom Act of 1998 for having engaged in or tolerated “systematic, ongoing, [and] egregious violations of religious freedom.”

“The Department renewed the placement of Comoros, Russia, and Uzbekistan on a Special Watch List (SWL) for governments that have engaged in or tolerated “severe violations of religious freedom,” and added Cuba, Nicaragua, Nigeria, and Sudan to this list,” Mr Pompeo said.

The U.S. government made reference to the killings of Shiite protesters and the violence in Nigeria’s middle belt as some of the reasons for its stance.

In its reaction on Sunday, Nigeria described the stance of the U.S. as an “orchestrated narrative that has long been discredited.”

The government also blamed the ‘political opposition’ for sparing “no resources in deriving political capital from the various security challenges in the country.”

Nigeria’s main opposition party is the PDP and the government has blamed it for most of the challenges facing the country including insecurity and corruption.

The PDP ruled Nigeria between 1999 and 2015 before the ruling party, APC, came to power.

Read the full statement by the Nigerian government below.

The Federal Government has rejected the US designation of Nigeria as a country that engages in or tolerates severe violations of religious freedom, saying the iniquitous tag stems from an orchestrated narrative that has long been discredited

In a statement issued in Abuja on Sunday, the Minister of Information and Culture, Alhaji Lai Mohammed, said the good people of Nigeria enjoy unfettered freedom to practice their religion, and blamed failed politicians and disgruntled elements – some of them supposedly-respected leaders – for latching on to religion as their trump card, especially in the run-up to the last general elections, to oust the Buhari Administration.

He said it is unfortunate that the US fell for the antics of the discontented and the unpatriotic few, who will not hesitate to hang Nigeria out to dry on the altar of their inordinate ambition and their sheer animosity towards the Administration.

The Minister said the Nigerian government is acutely aware of how the political opposition, in particular, had spared no resources in deriving political capital from the various security challenges in the country.

”The deliberate effort to give religious coloration to the farmers-herders clashes and the Boko Haram insurgency, in particular, has undoubtedly helped to mislead the US into concluding that the government is doing little or nothing to guarantee religious freedom in the country.

”But, as we have always said, the farmers-herders clashes have nothing to do with religion but everything to do with environmental and socio-economic realities. The religious tag given to the clashes has no basis in fact but it is very convenient for those who will very easily give the dog a bad name just to hang it. On its part, the Boko Haram terrorists are extreme fanatics who do not subscribe to the tenets of any religion, in spite of their pretense to Islamic adherence,” he said.

Alhaji Mohammed said the good news is that the government has succeeded in curbing the farmers-herders clashes through the implementation of proactive and multi-dimensional strategy, which is yielding remarkable results, just as it has largely defeated the Boko Haram insurgency.

On the El-Zakzaky issue, which was referred to in the report by the US government, he described it is purely a criminal matter, which is being handled by a court of competent jurisdiction.

The Minister said while the government welcomes constructive criticism from any quarter, it rejects any attempt to sow the seed of mistrust among the various religious groups in the country.