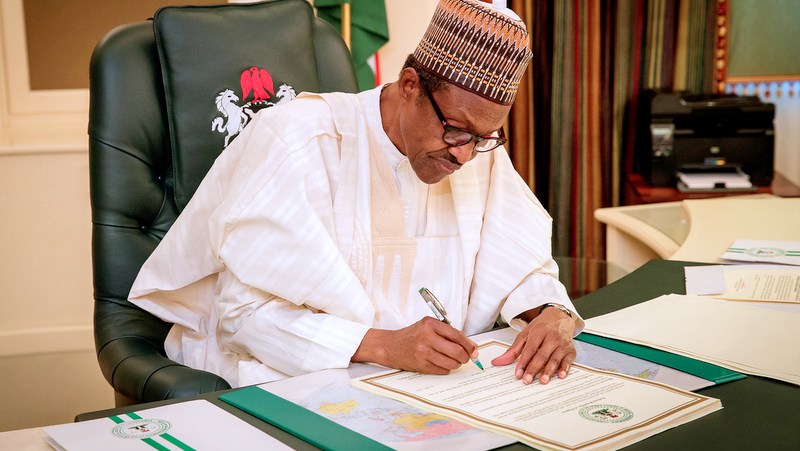 When the Senate Committee Chairman on Appropriation, Ibrahim Barau, was presenting the just passed 2020 budget, he justified the increase in the budget by saying the top-up would offset the infrastructural deficit in the country.

The president’s initial proposal was ₦10.33 trillion. However, when the National Assembly passed the bill last Thursday, certain new projects inserted into the budget moved it up to ₦10.594 trillion (₦10,594,362,364,830).

The budget the president will sign today, Tuesday, or later this week, is loaded with items federal law enforcement agents have typically characterised as frivolous and fraudulent, a common practice they say is common to budget-making schemes in the National Assembly.

A breakdown of the inserted projects — which will cost the country ₦264 billion — obtained by PREMIUM TIMES shows that contrary to Mr Barau’s justification, the country may end up spending more on what ICPC agents and activists have identified as vague, frivolous, self-enrichment projects smuggled into the budget by federal lawmakers.

For instance, the Small and Medium Enterprise Development Agency of Nigeria (SMEDAN), an agency under the Ministry of Trade and Investment, had its budget upped to ₦14.85 billion from ₦11.02 billion.

This huge increase in the budget of the agency was done by lawmakers to make room for projects such as the “rehabilitation, surface dressing and construction of drainages of rural roads in selected locations in Isuiwato/Umunneochi federal constituency” for ₦500 million and “supply of mobile kiosks, mobile kitchen and modern SME tools entrepreneurial training for prospective entrepreneurs in Nigeria” for ₦730 million.

Similar suspicious appropriation can be seen in the budget of the Border Communities Development Agency (BCDA), which is domiciled under the office of the Secretary to the Government of the Federation. Lawmakers raised the agency’s budget from the ₦3.73 billion proposed by President Buhari to ₦5.46billion.

Already an ICPC report, Constituency Projects Tracking Group (CPTG), which tracked 424 projects from 2015–2018 zonal intervention projects between June and August, 2019, across 12 states and the FCT, has described the budgets of SMEDAN and BCDA — two agencies fingered for budget overpricing — as “conduits for embezzling funds.”

“The size, number and types of Zonal Intervention Projects (ZIP) domiciled in SMEDAN and BCDA, for instance, have turned them into conduits for, and means of abuse of constituency projects and therefore vulnerable to corruption,” the report reads.

Also, during the launch of the report in November, President Buhari said there have been very little benefits to the grassroots from the ₦1 trillion that had been earmarked for constituency projects in the last 10 years.

Still, federal lawmakers proceeded to load the appropriation document with a huge number of ‘frivolous and fraudulent’ even as the budget will be funded by local and external borrowing.

The Office of the Senior Special Assistant to the President on MDGs (OSSAP–MDGs), an office under the presidency, had an initial proposal of ₦34,006,614. However, in the new budget, the office has ₦5.106 billion. That’s a difference of ₦5.072 billion. The office will now execute a lot of frivolous projects in which lawmakers will nominate contractors, take kickbacks or pocket project funds without execution.

The breakdown of what the over N5billion MDG office allocation will be used for ranges from one capacity building and empowerment programme to supply of implements and tool, to the construction of one infrastructure or the other.

Most of these projects, each of which gets generous allocations, are tied to either a senatorial district or federal constituency in the guise of zonal intervention projects (also known as constituency projects). But no further descriptions of the projects are provided.

The best that can be seen are descriptions like “supply of goods, fertilizers rice, maize and beans in Katsina” or “supply of tricycles, motorcycles, sewing machines” each of which will cost ₦500 million or “supply of new Toyota Hiace buses, utility vehicles SDG intervention” which is to gulp ₦1.92 billion.

Further details like the number of beneficiaries, the number of tools to be bought, the exact location for the projects are not provided. Therefore, tracking such projects becomes difficult and at times impossible.

The allocation to the Universal Basic Education Commission budget was increased sixfold (from ₦4.605billion to ₦26.179 billion). That increase in the allocation to the agency appeared a boost to the nation’s poorly-funded educational sector. But on a closer look at the appropriation revealed a flurry of vague projects. For instance, there is “supply of instructional materials to various schools in the northeast” which is to cost ₦500 million, the exact price for which there is to be a “supply of laptops and writing materials to schools in Borno State”.

The ICPC report earlier mentioned in this story found that lawmakers steal public funds through vague constituency projects termed “capacity building and empowerment.” This entails training and distribution of items and even cash to constituents.

Due to their indefinite nature, they can be easily manipulated, the report showed.

“These Capacity Building and Empowerment projects have become a convenient conduit for embezzling public funds by the sponsoring legislators and the executing agency as they are difficult to track and verify due to their “soft” nature,” read the report signed by Bolaji Owasanoye, Chairman, ICPC.

The report noted that, in 2015, for instance, 95 per cent of SMEDAN’s constituency projects allocations were for empowerment and capacity building projects. By 2016 the proportion had surged to 99 per cent of the amount.

In the 2020 budget, capacity building and empowerment projects consist 70 per cent of all projects under SMEDAN.

Further analysis of the newly passed budget shows that capacity building and empowerment projects will take the largest chunk of the ₦264 billion that the 2020 budget has been increased with.

Because empowerment and capacity building constituency projects are “just free money without accountability, aside from being difficult to track,” the ICPC recommended their suspension.

Another means devised in “padding” the budget is the insertion of projects under agencies with unrelated mandates, activists and law enforcement officers said.

The Nigeria Institute of Oceanography and Marine Research also intends erecting “solar street light in some Lagos communities” for ₦200 million. This is in addition to it supplying “200 units of tricycles” to Ikeja Federal Constituency for the same amount.

PREMIUM TIMES also earlier reported how the 2020 proposed budget provides for health-related expenditures worth ₦171 billion (₦171,146,082,086) which are not within the regulatory purview of the health ministry. These projects are hidden in 20 non-health institutions. An example is the National Intelligence Agency, NIA, which intend spending ₦969.9 million for the “rehabilitation/repairs of hospital/health”.

President Buhari is seeking the approval of the Senate for a $30 billion foreign loan. A similar request was rejected by the upper chamber in 2016.

He said the loan would be used to fund “outstanding projects” and are “critical to the delivery of the government’s policies and programmes relating to power, mining, roads, agriculture, health, water and educational sectors.”

Should the National Assembly approve the loan request this time, the nation’s total debt stock will rise to about $97billion (about N30trillion).

However, with the barrage of vague, fraudulent and self-enrichment projects that litter the 2020 budget, there are growing concerns that rather than reduce the nation’s infrastructural deficit, the borrowings might end up funding frivolous projects that are difficult to trace.