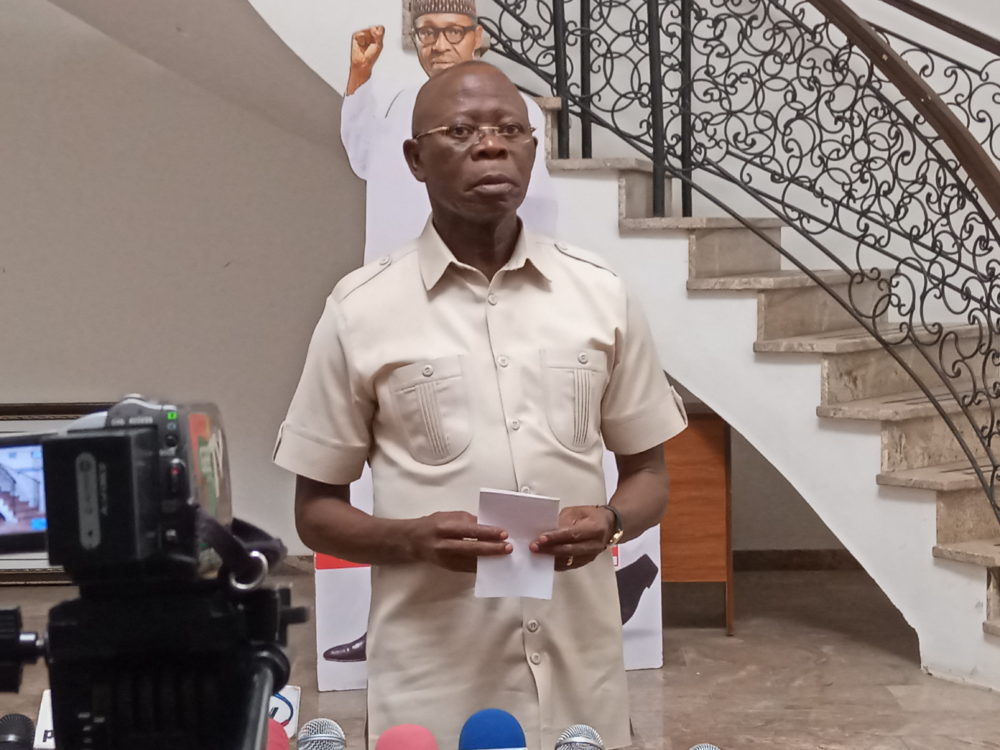 Nigeria’s ruling All Progressives Congress (APC) has pardoned five of its key members suspended months ago.

The Ondo State Governor, Rotimi Akeredolu; ex-Ogun governor, Ibikunle Amosun; ex-Imo governor, Rochas Okorocha; the DG of Voice of Nigeria, Osita Okechukwu; and a former Minister of Niger Delta Affairs, Usani Uguru, were suspended in March by the party’s National Working Committee (NWC) for their engagement in “serial anti-party activities” in the build-up to 2019 general elections.

The NWC of the APC, at its meeting at the party secretariat on Monday, lifted the suspension “as part of its moves to end the lingering crises within the party”.

The party is currently battling to douse tension in Edo State where the party chairman, Adams Oshiomhole, is engaged in a battle for supremacy with his political protege, Governor Godwin Obaseki.

“Through the suspension, our party has shown the capacity and willingness to implement its own rules and enforce discipline when there is an infraction. We have also shown that no individual is above discipline and that the party would always apply equity and justice in the day to day running of the party.

“We hope the concerned party members will seize this opportunity to fully reconcile themselves with their ward, local government, and state party structures, key into the party activities, and continue to make their own contributions to the growth and stability of the party

“We urge them to also take steps to reconcile with groups and individuals that are important to ensuring a lasting solution to any conflict that may exist in their respective states,” read a statement signed by the party’s spokesperson, Lanre Issa-Onilu.

In the race to the 2019 elections, Messrs Okorocha and Amosun on different occasions were seen publicly backing opposition candidates to succeed them in their respective states, even though the APC selected its candidates in the two states.

Mr Okorocha handpicked his son-in-law, Uche Nwosu of Action Alliance, to succeed him in Imo State as against Hope Uzodinma who emerged the APC governorship flagbearer for the state.

Similarly, Mr Amosun declared his support for Adekunle Akinlade of the Allied Peoples Movement (APM), even though Dapo Abiodun was the party’s choice for Ogun State.

The duo, despite losing out politically in the states, still won their senatorial seats. The candidates they backed were defeated in the two states.

Also, Mr Akeredolu was also accused of supporting an opposition candidate into the federal constituency position.

Messrs Okechukwu and Uguru were also alleged of “gross anti-party conduct”, even though they both denied the allegations leveled against them by the party’s NWC.

Say it if we behave like Buhari’s ‘rubber stamp’, Lawan tells Nigerians