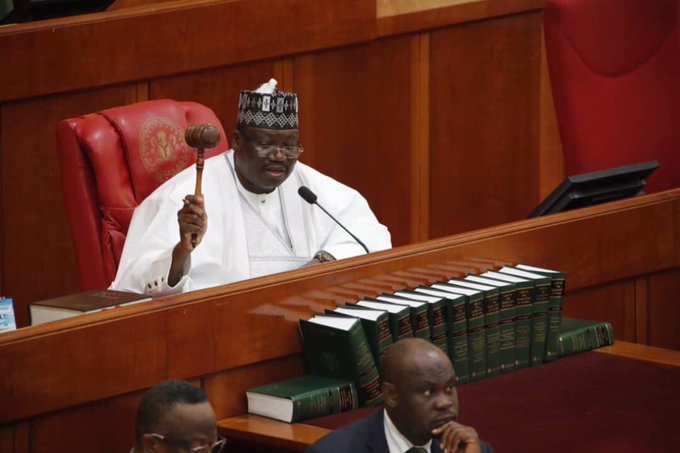 The Senate President, Ahmad Lawan, on Monday, gave the clearest indication yet that the Senate would pass a $29.96 billion loan request by President Muhammadu Buhari.

Mr Lawan, while addressing journalists in Abuja, said the Senate would approve the loan request but would ensure adequate oversight.

“We are going to be critical that every cent that is borrowed is tied to a project,” Mr Lawan said in response to a question by a journalist.

Mr Buhari had on November 28, forwarded a request to the Senate to reconsider and approve the federal government’s 2016 to 2018 external borrowing plan.

The loan, he said, is to execute key infrastructural projects across the country between 2016 and 2018.

The president had sent the same request to the eight Senate under Bukola Saraki in 2016. He had requested for about $30 billion.

The then lawmakers, however, rejected the request as majority voted against it when it was brought for consideration.

In in his recent letter, Mr Buhari explained that the external borrowing plan targets projects cuts across all sectors with special emphasis on infrastructure, agriculture, health, education, water supply, growth and employment generation.

A former lawmaker, Shehu Sani, had explained that the eight Senate rejected the President’s loan request to save Nigeria from sinking into the dark gully of a perpetual debt trap.

Mr Sani, who was the chairman of the Senate committee on local and foreign debt, said the eight Senate did not want the country to be recolonised by creditor banks.

While reacting to the 2016 rejection, Mr Lawan, who was then a senator, said the Senate was right then to have rejected the loan request.

“In 2016, there were no sufficient details,” he said, adding that “the executive has learnt its lessons.”

Mr Lawan said Mr Buhari had provided necessary details of what the loan would be used for in his new request.

“The letter conveying the loan request of the executive came with every possible details,” he said.

The new loan request is now expected to be passed by the Senate which is dominated by loyal members of Mr Buhari’s party, APC.

Woman burnt to death in Abuja

UPDATED: We have to respect rule of law, Senate President Lawan says