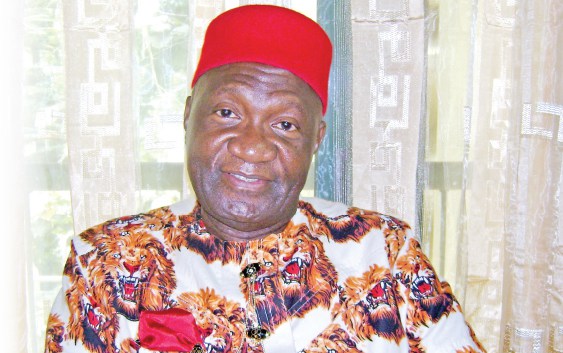 The police have named two officers allegedly killed on Monday by suspected members of the Indigenous People of Biafra.

The police said the officers, Joseph Akubo and Oliver Abbey, were killed during a raid on the Anambra home of Ifeanyi Ejiofor, the lawyer representing the IPOB leader, Nnamdi Kanu.

A police spokesperson said Mr Akubo, an assistant superintendent, was attached to the the special anti robbery squad. Mr Abbey, an assistant commissioner, was the area commander in charge of Oraifite.

The outlawed IPOB denied the allegation, and accused the police of killing two of its members and destroying Mr Ejiofor’s home.

The president-general of the organisation, John Nwodo, on Tuesday called for a judicial inquiry into the “unprovoked attack on a law-abiding citizen of the country whose only crime is that he peacefully objects to the maltreatment of his people”.

The police claimed Mr Ejiofor refused invitations over a petition alleging he was involved in “abduction, assault occasioning harm and malicious damage to property”.

Since the incident, Mr Ejiofor’s whereabouts remained unknown. The police on Tuesday declared him wanted.

Mr Nwodo, in the statement issued on his behalf by by his media adviser, Emeka Attamah, described the accusations leveled by the police against Mr Ejiofor as “spurious.”

“Assuming without conceding that Barrister Ejiofor was culpable on a charge of abduction, the only option in law available to the police is arrest and prosecute him under the laws of Nigeria and not deliberate arson and wanton destruction of his family home,” he said.

Mr Nwodo said even before its “wrongful proscribing”, IPOB had never been a violent group and could not have summoned enough force to attack and kill any policemen to warrant drafting in a reinforcement.

Mr Nwodo also frowned at “a situation where any mild expression of dissent against the manifest injustice being perpetrated against a particular ethnic group in the country will be met with maximum force by the Federal Government.”

He called for a “halt to the apparent and incessant physical, economic and political harassment of Ndigbo in a country watered with their blood and who have striven to keep and grow the country with their presence in all nooks and crannies of Nigeria.”