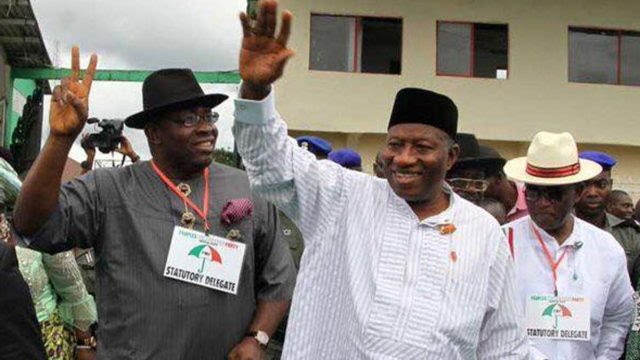 The Bayelsa governor, Seriake Dickson, has claimed he visited a former president, Goodluck Jonathan, about 16 times to discuss the “future” of the Peoples Democratic Party (PDP), during preparations for the just concluded governorship election in the state.

Mr Dickson stated this on Tuesday while addressing a post-election press conference in Yenagoa.

The PDP was trounced in the election by the All Progressives Congress (APC) which until now has been the main opposition party in the state.

The APC governorship candidate, David Lyon, won in six out of eight local government areas in the state.

“No politician has stood by Jonathan more than me,” The Nation newspaper quoted Mr Dickson to have said to journalists at the conference. “They simply used his name and image to legitimise an illegitimacy.”

Mr Dickson is fighting off media reports that PDP lost the election partly because he had pushed aside the former president’s interest in who becomes the next governor of Bayelsa and went on to “impose” Duoye Diri, a senator from the state, as the party’s governorship candidate.

The APC won in Mr Jonathan’s polling unit and in the entire Ogbia Local Government Area where the former president hails from.

Governor Dickson at the press conference insisted that the election was rigged in favour of the APC, with the aid of soldiers and other security agencies.

The Nation reported that the governor described the election as a “military coup”.

“My reaction is that President Jonathan remains a leader of our country. He is at liberty to receive members of any political party but in the context of all that is going on, I know that the insinuations are not misplaced.

“APC came to Bayelsa to take his state and people by force. With the comments they are making about him, Oshiomhole coming to Bayelsa to praise Jonathan. What they were doing is laying the foundation to perpetrate fraud and violence.

“I can see the strategic content. They used Jonathan to expand the notion of disagreement and after the rigging, they go to him like Pontius Pilate to wash off their hands and put it at his doorsteps to say he sanctioned it. But let’s accord him the right to meet with other dignitaries,” the governor said.