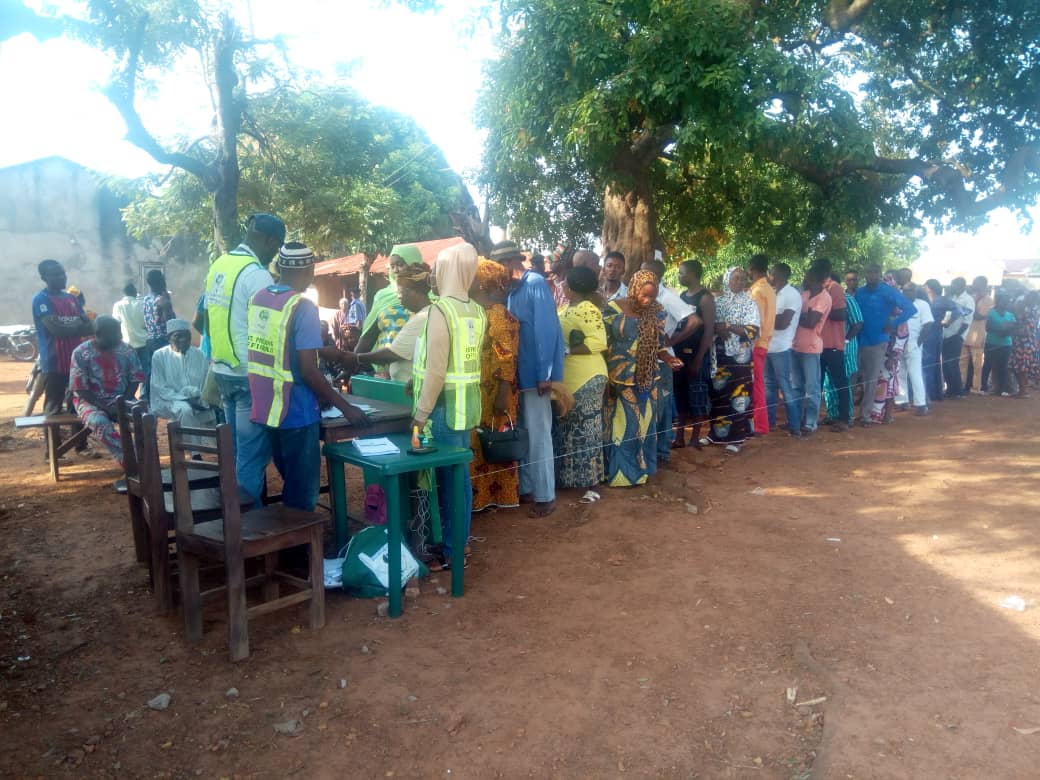 An unhindered snatching of ballot boxes and disruption of the electoral process has taken place in Lokoja, the Kogi State capital, with the active connivance of armed police officers.

Although the action was not unexpected, residents thought the disruption started too early in the voting process.

Accreditation and voting started in most polling units in the local government, at about 12 noon. Some armed men in police uniforms and other armed thugs began their operation at the Lokoja Club, unit 16, Ward 1, which is a stone throw to the government house.

Some senior security officials had visited the unit, but as soon as they left, three vehicles carrying the policemen and armed thugs drove in speedily and disrupted the election. They cut the rope demarcating the voting area from the rest of the arena and carted away the ballot boxes. UN observers who had earlier arrived at the scene quickly drove off in their jeep.

Policemen and other security agents at the units ran for their lives as the hoodlums made away with the boxes and scattered the tables. No gunshot was fired at the unit.

However, as soon as they drove to Crowther Memorial College, Polling Unit 008 ward 01, they started firing gunshots, sending voters and the security men scampering for safety.

Some of them were seen scaling the fence of the school to another school behind the unit.

After every raid, the hoodlums were seen driving directly towards the government house and would return firing into the air.

After the Crowther encounter, the gunmen drove the Parparanda Unit 001, ward 12 and carted away the boxes.

When PREMIUM TIMES visited the PU, the place was in a chaotic situation.

But an official of INEC told this reporter that the card readers were safe and would form the basis of his final report to the commission.

Gunshots continued in various parts of the city where reports had it that the same hoodlums carted away several ballot boxes ending the process of election abruptly for many voters.

The development is completely at variance with the boast of the DIG Operations, Abdulmajid Ali, that trouble makers and ballot box snatches could lose their lives if they dare to cause trouble.

At Felele, PU 04, Oworo Ward in Lokoja, gunshots were reportedly fired to scare voters, while APC thugs also intimidated opposition supporters and scared them away from the unit.

Mr Ali had promised to ensure that was security in the state for electoral officers and materials as well as journalists and observers.

Commissioner of Police in Kogi State, Hakeem Busari, however informed PREMIUM TIMES on the phone that the police had begun investigations into the actions of the hoodlums and would certainly get to the root of the matter.