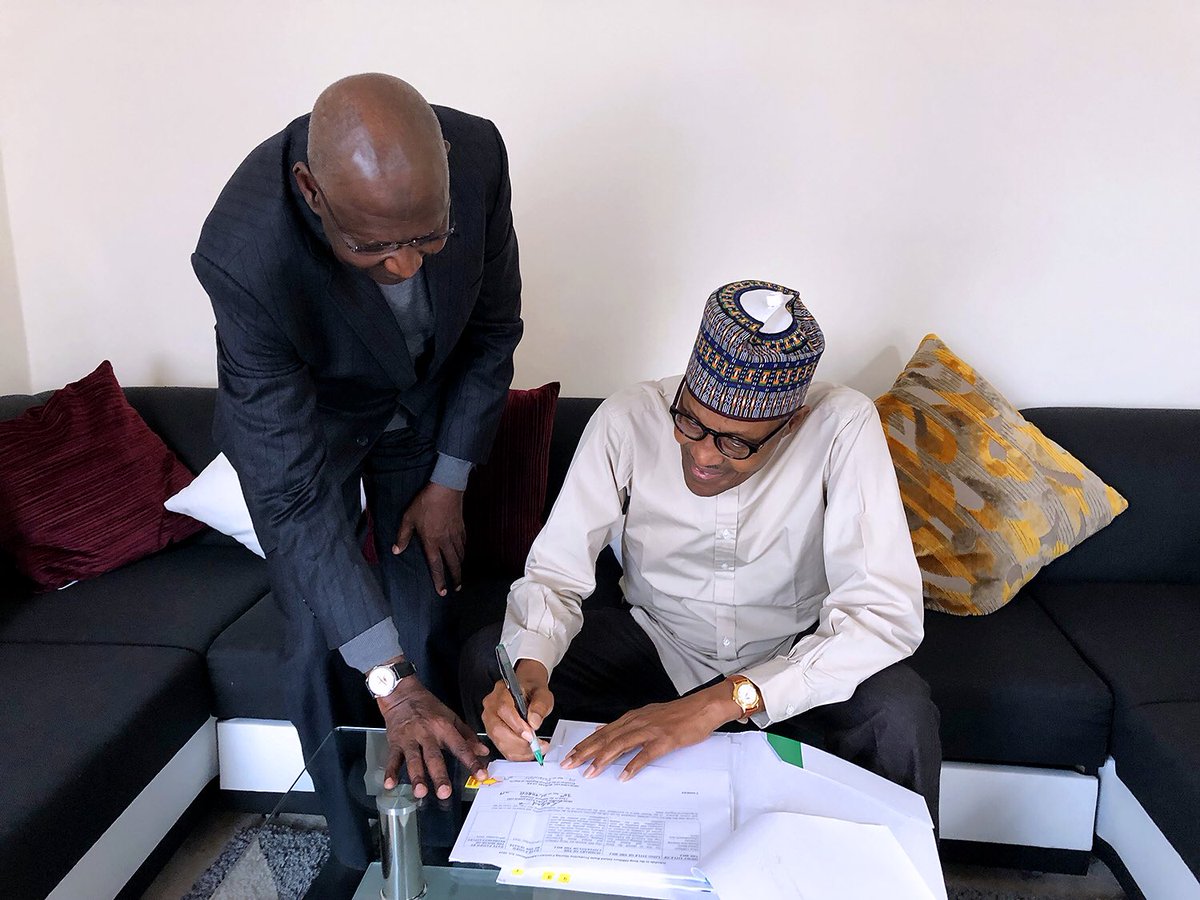 The law will significantly increase Nigeria’s share of earnings earned from oil wells offshore the country.

The bill was approved by the National Assembly a fortnight ago and submitted to the president for the final assent into law.

The president announced the signing of the law through a post on his official Twitter handle, @MBuhari Monday afternoon.

“This afternoon I assented to the Bill amending the Deep Offshore (and Inland Basin Production Sharing Contract) Act. This is a landmark moment for Nigeria; let me use this opportunity to thank the National Assembly for the cooperation that produced this long-overdue amendment,” the president said on Monday.

The Deep Offshore and Inland Basin Production Sharing Contracts Act was enacted on March 23, 1999, with its commencement backdated to January 1, 1993.

However, for some time, there has been serious disagreement between the government and the international oil companies on the need to review the law to reflect current realities.

Section 16 (1) of the Deep Offshore and Inland Basin Production Sharing Contracts Act Cap. D3. LFN 2004 spelt out the conditions under which the PSCs should be reviewed.

The provisions of the Act stipulates that the law shall be subject to review to ensure that if the price of crude oil at any time exceeds $20 per barrel, the share of the revenue to the Nigerian government shall be adjusted under the PSC.

The essence of the adjustment of the sharing formula was to ensure that the Production Sharing Contracts shall be economically beneficial to the government of the federation.

Of late, the federal government through the Office of the Attorney General of the Federation and Minister of Justice, Abubakar Malami, has been making a case for the recovery of over $62 billion from the international oil companies as arrears of revenues that should have accrued to Nigeria over the years that oil sold above $20 a barrel.

Mr Malami accused the IOCs of frustrating efforts in the past for the government to negotiate the review of the PSC.

The presidency on Monday also released details of the signing of the law.
“Today is an important day for all Nigerians – but particularly the young generation,” Mr Buhari was quoted as saying after signing the law.

“Today I signed into law the amended Deep Offshore Act. Nigeria will now receive its fair, rightful and equitable share of income from our own natural resources for the first time since 2003.

“In that year oil prices began a steep increase to double – and at times – triple over the following decade.

“All this time Nigeria has failed to secure its equitable share of the proceeds of oil production, for all attempts to amend the law on the distribution of income have failed. That is, until today.

“Rapid reductions in the cost of exploration, extraction and maintenance of oil fields had occurred over these 25 years, at the same time as sales prices have risen.

“A combination of complicity by Nigerian politicians and feet-dragging by oil companies has, for more than a quarter-century, conspired to keep taxes to the barest minimum above $20 per barrel – even as now the price is some three times the value.

“Today this changes. For the first time under our amended law, 200 million Nigerians will start to receive a fair return on the surfeit of resources of our lands. Increased income will allow for new hospitals, schools, infrastructure and jobs.

“Today marks a new and beneficial relationship with our oil company partners: one that benefits all – starting with the Nigerian people,” the president said.

The Chief of Staff to the President, Abba Kyari, was with Mr Buhari when he signed the law, the latter’s spokesperson, Garba Shehu, said in the statement.

Security guard charged with negligence after theft at facility