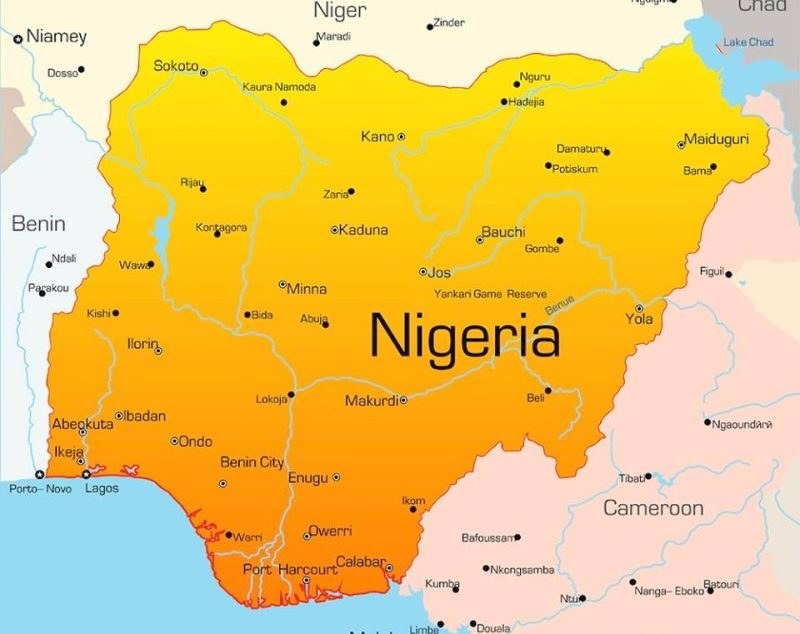 Map of Nigeria used to illustrate the story

Nigeria is not a socially cohesive country, as its citizens still grapples with issues of lack of trust, equity and inclusion.

This is the conclusion of a Survey embarked upon by African Polling Institute (API) and which was made public on Tuesday.

A statement by API’s Executive Director, Bell Ihua, on Tuesday in Abuja, said the government would need to do more to promote all the elements that encourage a cohesive Nigeria.

The institute also recommended that the government should widen its social investment programme in order to boost inclusion, while the religious and traditional institutions, as well as the media, should help to strengthen the factors that would foster unity in the country.

API carried out the survey to measure social cohesion in Nigeria, defining the concept of social cohesion as the willingness of citizens of a country to cooperate and work together towards ensuring the survival and prosperity of the country.

According to the statement, a total of 7,901 respondents were contacted, with 5,019 interviews completed. There was a response rate of 63.5 per cent of respondents who were 18 years and above.

API stated that all interviews were conducted between April 24 and May 20 2019, by Face-to-face Household Interviews, using Stratified Random Sampling technique.

The interviews were conducted in five major languages: English, Pidgin, Hausa, Igbo and Yoruba; and geographic quotas were assigned to ensure the selection of a nationally representative sample proportionately covering all senatorial districts and states, including the FCT.

From the “Trust” Component, about 4 in 10 Nigerians (42 per cent) said they trusted the government of President Muhammadu Buhari with “A lot of trust” being 14 per cent and “Some trust” coming from 28 per cent of respondents.

However, about 1 in 5 Nigerians (21 per cent) said they did not trust the government of President Buhari.

“In comparison to the President’s 42 per cent, only about a third of Nigerians (33 per cent) say they trust the National Assembly as an institution of government, with ‘A lot of trust’ from only 5 per cent and ‘Some trust’ from (28 per cent),” the report said.

On the “Equity and Social Justice” component, the survey polled that most Nigerians were of the opinion that all Nigerians are not equal under the law.

From the survey, 70 per cent of Nigerians believed there were persons above the law in Nigeria; compared to only 20 per cent who believed the law protects everyone in Nigeria equally.

On the “Patriotism” component, API noted that 73 per cent of Nigerians are willing to cooperate with fellow citizens to work for a more united Nigeria.

On the “Self-Worth and Future Expectation” component, the survey observed that 45 per cent of Nigerians felt dissatisfied with their lives right now; compared to 40 per cent who said they felt satisfied, and 15 per cent who were simply indifferent.

In addition, the survey sought to probe if Nigerians would consider relocating from the country, with their family, if offered an opportunity. In response, about half of Nigerians (50percent) said they would not be willing to relocate. However, on the contrary, about a third (32percent) expressed willingness to relocate with their family if presented with an opportunity. And 18 per cent said they were unsure as to whether or not they would relocate.

Interestingly, of the 32percent who expressed willingness to relocate, the top three reasons were: to search for greener pastures (26 per cent), better job opportunities (23 per cent) and improved security (16 per cent). Besides, 8 per cent said they would seize the opportunity to relocate in order to give their children a better life.

The survey observed that the United States of America (28 per cent), United Kindom (15 per cent) and Canada (14 per cent) topped the list of countries for prospective relocation.

Majority of Nigerians (66 per cent), the survey noted, still expressed hope for the future, as they believed the future of the country would be much better than it is today.

“In summary, a socially cohesive society is one that works towards the wellbeing of all its members, fights exclusion & marginalisation, creates a sense of belonging for all, promotes trust & oneness, and offers its members the opportunity for upward mobility (The Nigerian Dream???),” the report asserted.

“Going by this, the survey highlights that Nigeria cannot be said to be a socially cohesive nation.

“Therefore, a lot needs to be done by the Nigerian government to address issues of exclusion and perceived marginalization, which are breeding tensions in parts of the country.

“With the high rate of poverty and unemployment, particularly amongst the youth demography, and the number of out-of-school children; there is urgent need for a widening of the social investment programme in order to deepen social inclusion and promote a sense of belonging for all Nigerians, especially those at the bottom of the pyramid.

“Finally, while Nigerians remain resilient and committed to working together for a better country; there’s need for a national dialogue to help renegotiate the faultlines that currently exist in our shared existence as a nation.

Police in Anambra reunite kids stolen from Gombe with parents