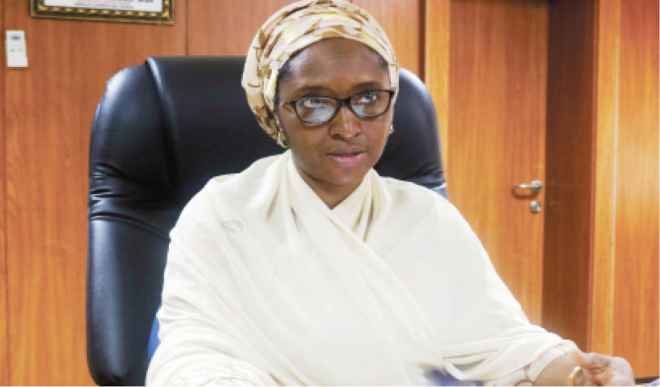 Despite rising debt, minister says Nigeria not in ‘debt crisis’

The Minister of Finance and National Planning, Zainab Ahmed, has said Nigeria is not in any debt crisis as being speculated in ‘some quarters’.

She said contrary to speculations that Nigeria was gradually slipping into a debt crisis, the country’s debt profile is still within very reasonable limit.

Ms Ahmed made this statement at the 4th National Budget hearing on the 2020 budget on Tuesday.

In projections for 2020, Nigeria plans to spend N2.4 trillion to service both local and foreign debts. This is according to the Appropriation Bill presented by President Muhammadu Buhari two weeks ago.

Nigeria’s debt stood at N24.9 trillion ($ 81.274 billion) at the end of March 2019, according to figures published by the Debt Management Office.

According to the president, the budget is targeted at “strengthening the country’s macroeconomic environment, human capital development, critical infrastructure and the enhancement of the administration’s social investment programme”.

Despite the huge debt figures, the Minister of Finance insists that Nigeria was not in any debt crisis.

The minister argued that Nigeria’s debt profile was still within a reasonable limit at less than 20 per cent of the country’s Gross Domestic Product(GDP).

This, however, came shortly after she said that the deficit of the 2020 budget will be funded mainly by borrowing. She pointed out that Nigeria needed to urgently increase its revenue profile even though the gains might come with pains.

She said the budget deficit will be financed by ”the sale of government’s assets and there is a provision of N252 billion which is through privatisation; there is also non-oil assets sales which is projected to be N328.12 billion and then there would be a borrowing of N1.594 trillion. This borrowing will be in two components. There is domestic borrowing of N744.9 billion and foreign borrowing of N850 billion”.

“The overall budget deficit of N2.7 trillion represents 1.52 per cent of the GDP of the country. And the stipulated debt to GDP ratio is in the threshold of the 3 per cent that is provided for in the Fiscal Responsibility Act of 2007.

“The budget debit is to be financed mainly by borrowing and the borrowing includes both the domestic as well as foreign loans. I want to ask just for accommodation to speak briefly about what we are doing to increase revenue.”

‘Not in debt crisis’

“What we have is a revenue problem. Our revenue performance by half-year is 28 per cent so we have designed a strategic revenue growth initiative early this year which has three thematic areas: One is to achieve sustainability in revenue generation. Two is to identify new and enhanced enforcement of existing revenue streams and three is to achieve cohesion of our people and tools,” she explained.

Meanwhile, Ms Ahmed stated that the capital expenditure in 2019 which was budgeted at N2.1 trillion and half year prorated at N1.04 trillion has a zero performance ”because the budget for 2019 was passed by the end of May 2019 and implementation did not start until July 2019”.

Of the total appropriation of N8.9 trillion, N3.4 trillion has been spent by half-year against the prorated target of N4.6 trillion- this represents a 76 per cent performance, she said.

“Debt service and the implementation of non-debt recurrent expenditure, notably payment of workers’ salaries and pensions is on track.

“Capital releases could only commence in July and by the 15th of October, we have been able to release N658 billion. Spending on capital has been prioritised in favour of critical ongoing infrastructural projects in the power, roads, rail and agriculture sector.”

She added that with Nigeria joining other African countries to sign the agreement establishing the African Continental Free Trade Area, (AfCFTA), ”there could be tremendous opportunities for Nigeria, in the medium term”.

However, the AfCFTA “could also create a nightmare situation for the country unless the right policies and actions are implemented expeditiously to improve Nigeria’s economic competitiveness.”

President of the Senate, Ahmad Lawan who officially opened the public hearing reminded lawmakers about the target they have set for themselves to pass the budget before the Christmas break.

He said the 9th Assembly is committed to correcting the anomaly in the budget cycle.

The Speaker of the House of Representatives, Femi Gbajabiamila was also optimistic that the public hearing will produce useful outcomes ”that will reflect the aspiration of every part of the country and give every Nigerian a sense of belonging to the proverbial ‘National Cake”‘.