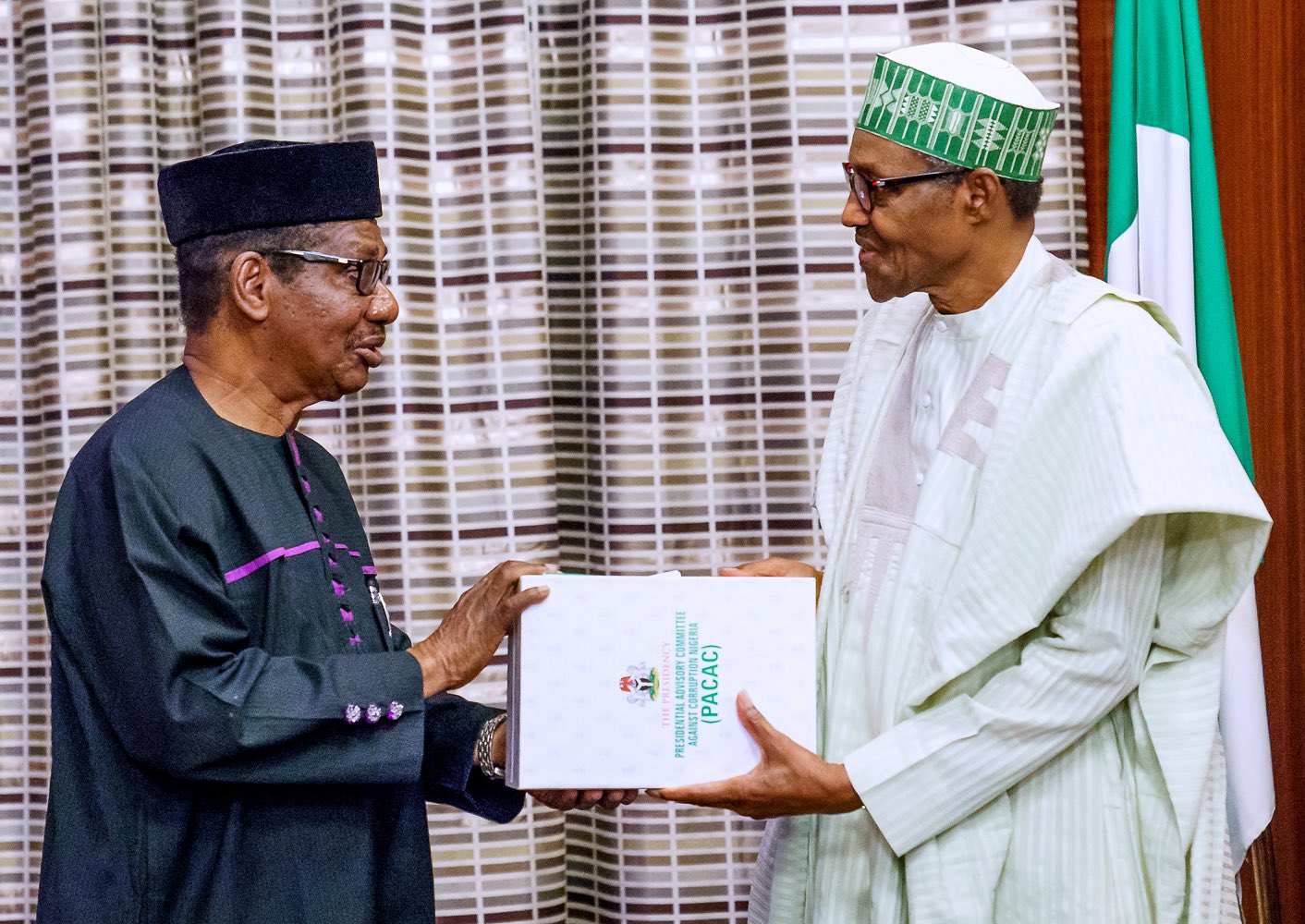 President Muhammadu Buhari on Thursday hosted members of the Presidential Advisory Committee Against Corruption (PACAC) at State House, Abuja, promising to beam the searchlight on cost of governance, and weed out possible corruption that exists anywhere.

The President appreciated members of the committee for the “major sacrifice “they’ve made in accepting the assignment to serve the country,” noting, “Some of the elite won’t trust you, and you will be alienated, no matter how close you are to them.”

Recalling experience of the past, in which assets were seized from officials who couldn’t explain how they got them, “only for those assets to be returned to them when government was changed,” President Buhari vowed that such would not recur, as he had given instructions that all forfeited assets be sold, “and the money put in the Treasury Single Account.”

“Let’s see who will now take back the money from the treasury, and give back to those people, as was done in the past,” the President added.

The Chairman of PACAC, Itse Sagay, who led the delegation, said Nigeria was lucky more than ever to have a person of President Buhari’s credentials as leader of government.

“We congratulate you for being a star of the anti-corruption struggle in Africa. You attach a lot of importance to the fight against corruption, and we have tried to achieve the aims you had in mind when you established PACAC,” Mr Sagay, a professor, added.

He said the committee trains, builds capacity of anti-corruption agencies, and has helped to develop a programme of non-conviction assets recovery, which is recording great successes.

PACAC made some recommendations to the President in order to move the anti-corruption war many steps forward.

They include the reestablishment of the jury system for criminal cases in the country; setting up of a judicial commission on corruption in the judiciary, to be headed by retired judges under the auspices of National Judicial Council (NJC); passage of Proceeds of Crime Act by the National Assembly; the setting up of a Presidential Truth and Restitution Task Force; and a closer look at the cost of governance to weed out all vestiges of corruption.

President Buhari pledged that his government would take a dispassionate look into all the requests, a statement by Femi Adesina, special adviser to the President (Media and Publicity), said.