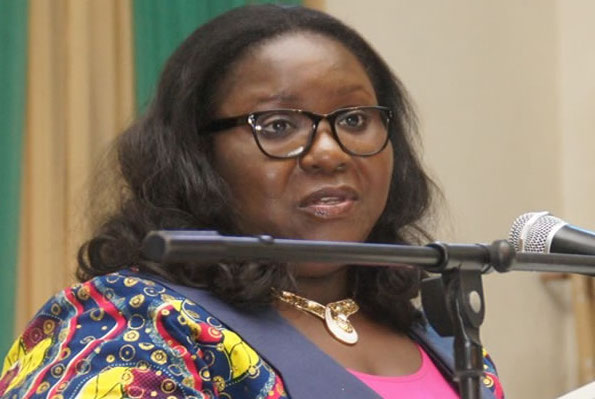 How I was sexually harassed in UNIBEN – ex-NDDC boss

A former acting managing director of the Niger Delta Development Commission (NDDC), Ibim Semenitari, has said she was sexually harassed by a male lecturer while she was doing her undergraduate programme in a Nigerian university.

A lecturer at the University of Lagos, Boniface Igbeneghu, is captured on video in the BBC report making sexual demands to an undercover journalist posing as a 17-year-old admission seeker.

Mr Igbeneghu, an associate professor in the university’s faculty of arts and the head pastor of a local Foursquare Gospel Church, has been suspended by the school and his church, following the BBC report.

Mrs Semenitari, while weighing in on the #SexForGrades conversation, said on Facebook, Tuesday morning, that she was just 15 years old when her lecturer in the University of Benin sexually harassed her.

“I was 15 when I got into the university at first try. I studied hard. I was a staunch member of the Christian Union. I didn’t go to lecturers’ offices. I was from a home where I was well provided for and well-loved by my family so I didn’t have any problem but I was harassed and it cost me two years of my university education and a change of faculty,” she said on the social media site.

Mrs Semenitari studied English Language and Literature from 1982 to 1989 in the university, according to her profile on LinkedIn.

She did not state which faculty she was at the time of the incident.

Mrs Semenitari, an award-winning journalist and a former commissioner for information in Rivers state, in her Facebook post seemed to be making a case against arguments that tend to put the blame on victims of sexual harassment.

“The matter of sexual harassment in Nigeria is worsened by the fact that society doesn’t understand the matter of power relations and always manages to find an excuse always for the violators.

“Children are regularly abused by trusted family members, child domestics are routinely violated by bosses without a care in the world, children who get into school are harassed, assaulted and if they do not give in might lose the opportunity of graduating as at when due or graduating at all. And no, you do not have to go to a lecturer’s office to be harassed,” she said.

“When I read comments that suggest that only weak students are harassed or only those who cannot pass their exams, it is like a knife piercing through my heart, and it just takes me over 30 years back.

“Why must we always find a reason to blame the victim as if the pain and humiliation is not enough?”

Mrs Semenitari, a mother of four and a Sunday school teacher, said prior to her Facebook comment she had never publicly spoken about her experience at the university.