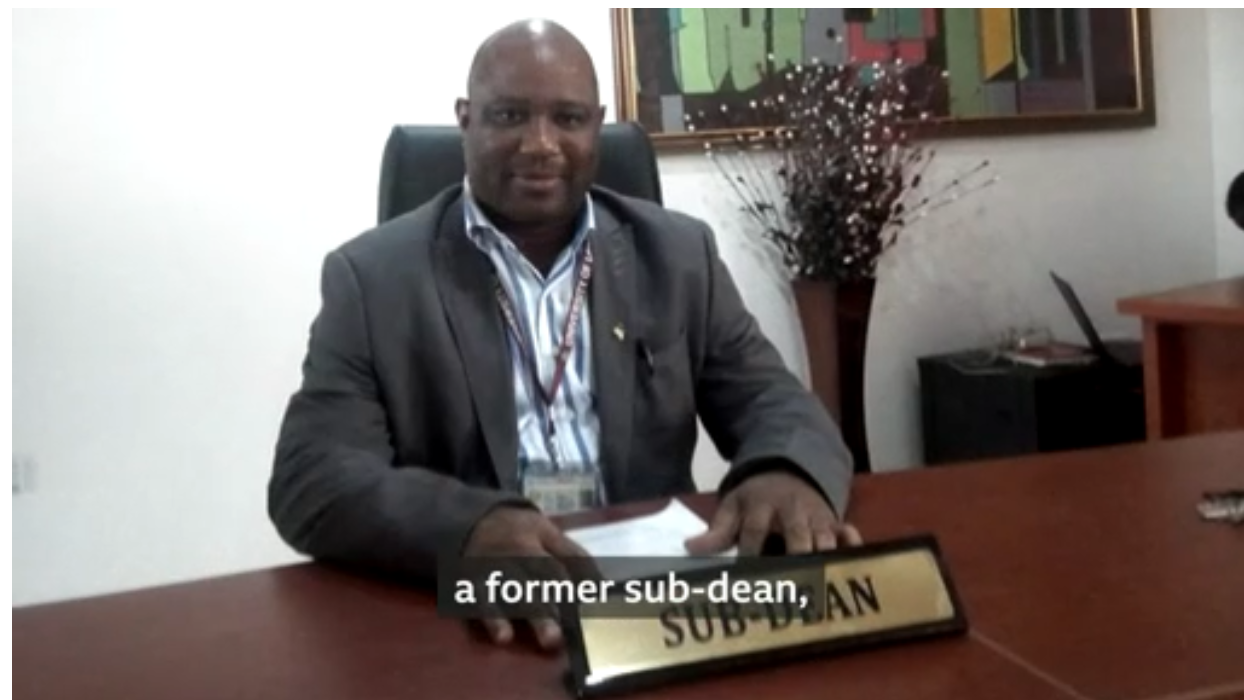 The University of Lagos has suspended its lecturer who was involved in a sex-for-marks scandal.

The lecturer was exposed in a video by BBC Africa where an undercover journalist, Kiki Mordi, disguised as a 17-year-old admission seeker.

The vice-chancellor of the institution, Oluwatoyin Ogundipe, confirmed the development to PREMIUM TIMES in an interview Monday afternoon.

Mr Ogundipe said the lecturer has been suspended indefinitely.

”A panel will be set up to investigate the issue,” he said.

The investigation is part of a broader one that uncovers the sex for grade crises in universities in Nigeria and Ghana.

The UNILAG lecturer, Boniface Igbeneghu, is a former sub-dean of Faculty of Art and head pastor of local Foursquare Gospel Church.

Mr Igbeneghu invited the ‘admission seeker’ to his office for ‘tutorials’ and at their first meeting asked: “how old are you?”.

After responding, the lecturer commented on her appearance.

“Don’t you know you are a beautiful girl? Do you know I am a pastor and I am in my 50s but if I want a girl of 17 years, all I need is a sweet tongue and put some money,” he said.

He later continued with the harassment of the undercover reporter oblivious that he was being filmed.

Many Nigerians have called for the suspension and investigation of the lecturer.