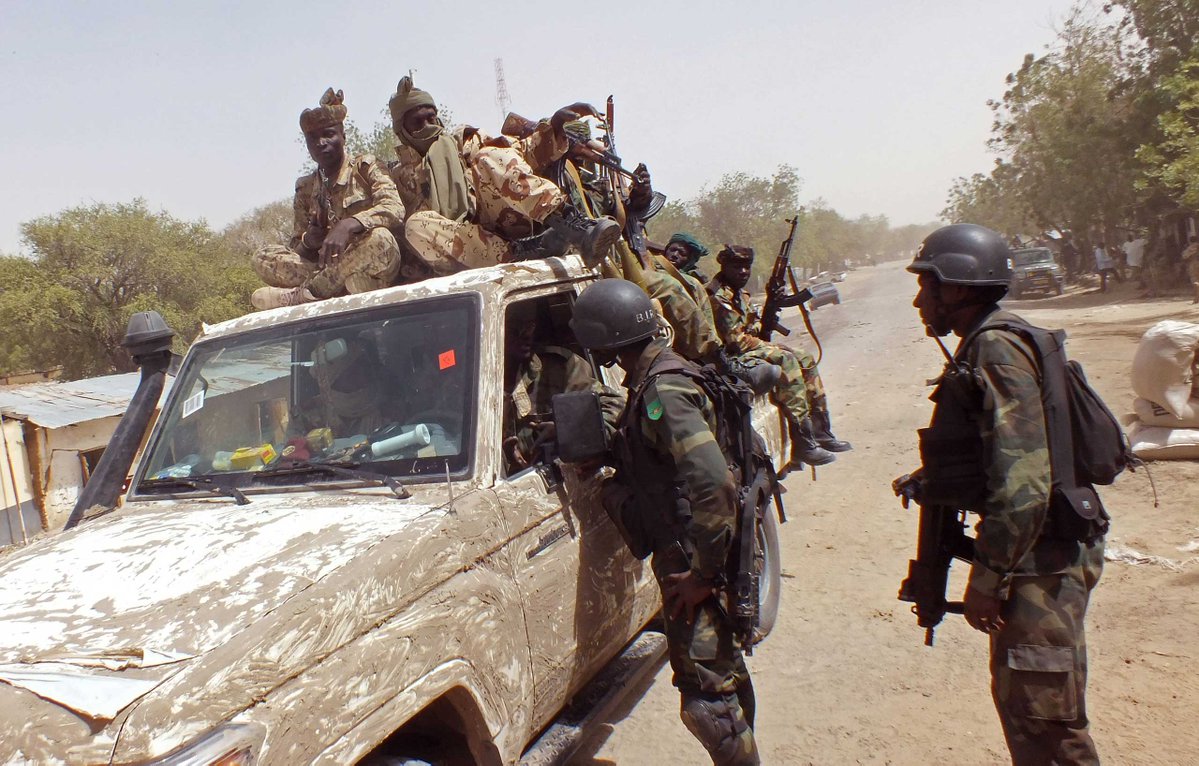 The Nigerian Army has announced the launch of “Operation Positive Identification” against fleeing Boko Haram/ISWAP terrorists in the North-east.

The army and other security forces have been battling the Boko Haram in Northern Nigeria since 2009. The terror group and its affiliate, ISWAP, have now been largely limited to the three North-eastern states of Adamawa, Borno and Yobe.

The new army operation was announced by the Deputy Director, Army Public Relations, Operation Lafiya Dole, Ado Isa, in a statement on Sunday.

He urged the public to always carry valid means of identification when moving or passing through Adamawa, Borno and Yobe states.

Mr Isa said the operation was aimed at searching for and arresting all suspected terrorists that currently roam some parts of the North East.

This, according to him, it has become necessary following credible information that some of the fleeing criminals are hibernating in some towns and villages of Borno and Yobe states in particular and North-east in general.

Army spokesperson disclosed that the troops had been instructed to strictly check valid means of identification of persons before allowing them passage.

“We therefore once again enjoin all to fully cooperate with troops and security agencies in carrying out this exercise.

“The Theatre Command also wishes to state that anyone not positively identified will attract further scrutiny and comprehensive investigation to determine his or her activities with the insurgents or otherwise.

“The general public is please requested to bear with this measure as it is in their best interest and our national security, as well as efforts to end the madness called insurgency as perpetrated by the erstwhile Boko Haram/ISWAP fighters,” he added.

Mr Isa, a colonel, also announced that the army has embarked on the sensitisation of communities in northern Borno and Lake Chad basin, to rout out Boko Haram and ISWAP fighters in the area.

He said sensitisation activities were in progress at Gajiram, Magumeri, Gubio, Kukawa, Gudumbali and adjoining villages of Borno.

“So far, over 20,000 copies of psychological operations and sensitization leaflets have been forwarded to the Headquarters of the Theatre Command for coordination with the Air Task Force (ATF), to air-drop the leaflets on selected locations.

“The airdropping of the leaflets, if conducted alongside ongoing air and artillery interdiction, would exert additional pressure on Boko Haram/ISWAP bandits and crouching terrorists’ leaders,” Mr Isa said.

He disclosed that normalcy had returned to Gajiram, headquarters of Nganzai Local Government Area, sequel to the successful and peaceful Juma’at prayer last Friday as well as the robust deployment of troops in the area.

He noted that the general security situation was calm as residents were going about their routine businesses.

The army spokesman revealed that the Divisional Police Officer (DPO) and his men had returned to resume operation at the Police Division in the town.

“On Thursday; 100 hunters and members of the vigilante have also returned to the town from Maiduguri.

“The security situation and general atmosphere in Gajiram town is relatively calm and peaceful.

“Troops morale in Gajiram Response Area is high with long-range patrols conducted in line with the “Super Camp” concept of the counter-terrorism operations,” he added.

The officer noted that the hunters had vowed never to leave Gajiram again, even as they reaffirmed their support to troops and promised to collaborate with the military.

They promised to provide vital and timely information to aid patrols and other operations against Boko Haram and ISWAP criminals in the area.

Mr Isa said the head of Operation Lafiya Dole, Olusegun Adeniyi, a major-general, sought for support from Nigerians in the collective struggle to crush the insurgency.

Tens of thousands of people have been killed since the Boko Haram insurgency began in 2009 with millions of others displaced.