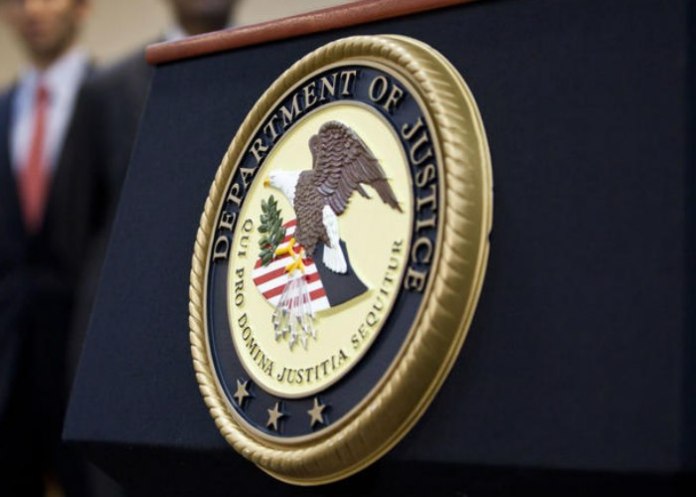 A Nigerian man has been sentenced to four years in prison for defrauding the United States government up to $8.3 million Medicare charges.

Ayodeji Fatunmbi was found guilty in a jury trial on July 31, 2014, but was only sentenced to 46 months in prison on August 19, 2019, according to the U.S. Department of Justice.

He was extradited to the U.S. in October 2018 based on the ruling of the Federal High Court.

He was also asked to pay roughly $1.1 million in restitution to American government. The order was made by Christiana Snyder of the U.S. District Court of Central District of California.

Mr Fatunmi admitted he paid cash kickbacks to patient recruiters and physicians for fraudulent prescriptions for durable medical equipment (DME), including power wheelchairs, which the Medicare beneficiaries did not have a legitimate medical need, according to the U.S. authorities.

Mr Fatunmbi and co-conspirators caused Lutemi Medical Supply (Lutemi), a DME supply company that he co-ran, to submit approximately $8.3 million in claims to Medicare, which resulted in the company being paid over $3.5 million.

The convict further admitted that he was responsible for $2.1 million in false and fraudulent claims for medically unnecessary DME and that as a result of his conduct, Medicare paid Lutemi a total of $1.1 million.

The conspirators also wrote cheques from Lutemi’s bank account to Lutemi employees and others, and Mr Fatunmbi instructed that those monies be returned to him to pay the illegal cash kickbacks to the patient recruiters and doctors, authorities said.

Mr Fatunmbi also admitted directing others at Lutemi to engage in the fraud to conceal the nature and source of the proceeds of the health care fraud conspiracy.

Other conspirators identified in the fraud, identified as Olufunke Fadojutimi, 47, of Carson, California, and Maritza Elizabeth Velasquez, 44, of Las Vegas, Nevada, were also charged.

Ms Velasquez had pleaded guilty in 2013 and sentenced to 15 months in jail. She was also asked to pay a restitution in excess of $3.4 million.

The U.S. Attorney’s Office for the Central District of California is pursuing a total forfeiture of Mr Fatunmbi and others caught in the fraud.

The sentencing comes amidst fresh arrests in multimillion dollar online fraud bust by the F.B.I. and other American authorities, including the arrest of Obinwanne Okeke and nearly 80 other Nigerians this month.

Some of the officials who investigated and prosecuted Mr Fatunmbi’s case, including Nicola Hannah and Paul Delacourt, were also involved in tracking down the nearly 80 Nigerians indicted on Thursday.